What’s a Palantir? The tech industry’s next big IPO

admin August 27, 2020 Business Comments Off on What’s a Palantir? The tech industry’s next big IPO 26 Views 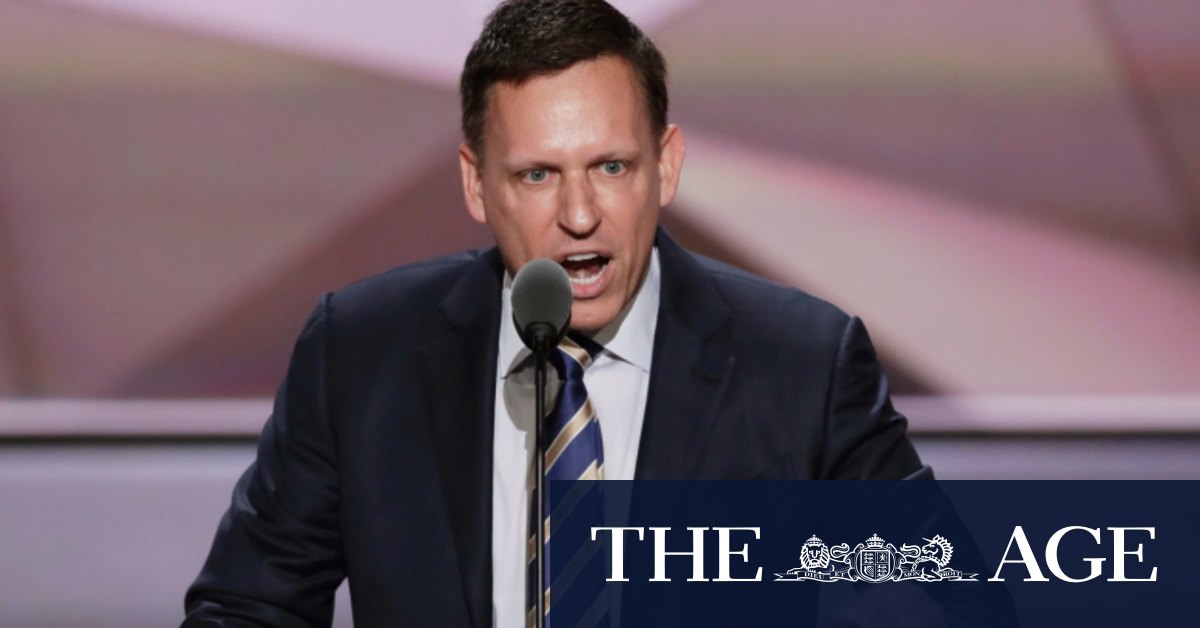 Offering software — and, crucially, teams of engineers that customise the software — Palantir helps organisations make sense of vast amounts of data. It helps gather information from various sources like internet traffic and mobile phone records and analyses that information. It puts those disparate pieces together into something that makes sense to its users, like a visual display.

But it can take plenty of engineers and plenty of time to make Palantir’s technology work the way customers need it to. And that mix of technology and human muscle may lead to some confusion on Wall Street about how to value the company. Is Palantir a software company, which is traditionally a very profitable business, or is it a less-profitable consulting firm? Or is it both?

“For investors, it is a bit of a Rubik’s Cube,” said Daniel Ives, managing director of equity research at Wedbush Securities.

Palantir, which was founded in 2003, has long described its technology as ideal for tracking terrorists, often embracing an unconfirmed rumour that it helped locate Osama bin Laden. The name Palantir is a nod to spherical objects used in the “Lord of the Rings” books to see other parts of fictional Middle-earth.

Funded in part by In-Q-Tel, the investment arm of the Central Intelligence Agency, the company built its flagship software technology, Gotham, with an eye toward use inside the CIA.

Palantir’s technologies can also help track the spread of the coronavirus, as it is now doing for the Centers for Disease Control and Prevention. And they can help find immigrants living in the country without legal permission, which is how Immigration and Customs Enforcement, under orders from the White House, is using these technologies, according to recently released federal documents.

The company is deeply wedded to its work inside the government. Although some Palantir employees have protested its work with ICE and other parts of the government, it has not backed off.

For investors, it is a bit of a Rubik’s Cube.

In a letter to potential investors, included in a filing with the Securities and Exchange Commission on Tuesday, Karp pointedly jabbed at fellow Silicon Valley companies and said he was proud of Palantir’s work with federal agencies.

“Our company was founded in Silicon Valley. But we seem to share fewer and fewer of the technology sector’s values and commitments,” he wrote. He added that “software projects with our nation’s defence and intelligence agencies, whose missions are to keep us safe, have become controversial, while companies built on advertising dollars are commonplace.”

In recent years, Palantir has tried to expand its work in the private sector, serving big-name businesses like JPMorgan Chase, Airbus and Ferrari and offering new software tools that businesses can use on their own. A little more than half of Palantir’s revenue comes from commercial businesses, according to the SEC filing.

The 2500-employee company holds about a 3 per cent share of what has become a $US25 billion ($35 billion)”data analytics” market, according to PitchBook, a firm that tracks the performance of private companies. “That is a small but significant share,” said a PitchBook analyst, Brendan Burke.

Worth $US20 billion, no profit

Palantir has raised more than $US3 billion in funding and is valued by private market investors at $US20 billion, but it has not turned a profit since it was founded in 2003. In 2019, Palantir’s revenues topped $US742.5 million, a nearly 25 per cent increase over the previous year. But it lost more than $US579 million, about the same as it lost in 2018, according to the financial documents made public on Tuesday.

The company recently announced that it was moving its headquarters to Denver, which could cut expenses.

A Palantir spokeswoman declined to comment for this article.

Although the company has won an impressive array of federal contracts — in the last four years, it landed at least $US741 million in guaranteed money and potentially as much as $US2.9 billion, according to the documents — it has also stoked controversy among competitors and federal employees.

In 2016, the company sued the Army over the procurement process for a new version of an intelligence analysis system, claiming the process was unlawful and wasteful. Palantir ended up winning the contract, which accounts for $US1.7 billion of the $US2.9 billion in potential federal contract money it has won since 2016.

In April, an anonymous government official sent a lengthy memo to Joseph D. Kernan, the undersecretary of defense for intelligence, describing the inner workings of a flagship Pentagon operation, Project Maven.

An effort to remake US military technology through artificial intelligence, Project Maven has drawn on the expertise of more than 20 US companies, including Palantir.

The project points to how Palantir works with customers. It often deploys specialists, called “forward deployed engineers,” who spend weeks, months or years customising and expanding its software for the task at hand. The company builds whatever data software that needs building — databases and software connections and on-screen visual displays that help people get their work done.

The details of Palantir projects can vary. It usually connects different sources of data and provides a way for everyday employees to search through it. But in Project Maven, it is offering tools that help seasoned, AI specialists build complex mathematical systems, called deep neural networks, that can recognise objects in images.

Inside Project Maven, Palantir provides software that holds enormous amounts of video footage captured by flying drones operated by the Army and the Air Force. AI specialists then use this software to build systems that can automatically identify buildings, vehicles and people in the footage.

The memo, obtained by The New York Times, said that although Palantir had come late to Maven, the company had grown to “touch almost every aspect” of the project through contracts worth about $US40 million a year. The document accused Maven leadership of skirting Pentagon rules and ethics in giving preferential treatment to the startup, whose employees had developed unusually close relationships with their partners inside the military.

The memo and related emails showed the company’s considerable influence inside the government.

Among other complaints, the memo to Kernan claimed that a Palantir employee had sat in on a meeting where government officials — some of whom did not know the Palantir employee was in the room — discussed future contracts and their dollar amounts, which could give the company an “astounding” advantage when bidding for new work.

Palantir’s unusual business model is not always a perfect fit for military contracts. Although Palantir sells a combination of software and consulting services, all costs are folded into a single software license negotiated with the customer. In other words, the consulting work done by its engineers is layered into the software licensing fees, according to company financial documents. Typically, the government pays for consulting work separately from software licenses.

This means customers often pay for technology that is not yet built. “It is very unusual,” said Jeff Peters, head of global business development at Esri, a longtime government contractor that competes with Palantir. “The business model is different from almost any other technology company.”

VMware Pivotal Labs, a division of Dell, has adopted a similar model to Palantir, saying that it helps customers produce software that actually does what it is supposed to do.

This unusual business model has led to complaints, including in the memo to Kernan, that Palantir locks customers into its technology. Although the company is in ways building custom software, that software is still owned by Palantir because it is sold under a commercial software license. That means Palantir can sell that customised software to other clients.

All this hangs over the company as it prepares to go public. If Palantir stumbles, many competitors are poised to build similar technology for the government, including traditional government contractors like Oracle as well as Amazon, Microsoft and a growing number of other tech companies.

“There has been an assumption that Palantir is the only major player in this space,” said Jack Poulson, executive director of Tech Inquiry, which tracks the government work of tech companies. “But it is clear that is not the case.”

Previous ‘It’s a hard one’: Rebels face sabbatical threat for top players
Next Selwood to miss again as Cats hold skipper back