Breaking News
Home / Federal Politics / Everyone is sorry, no one is responsible: COVID exposes lack of ministerial accountability

Everyone is sorry, no one is responsible: COVID exposes lack of ministerial accountability

admin August 28, 2020 Federal Politics Comments Off on Everyone is sorry, no one is responsible: COVID exposes lack of ministerial accountability 31 Views 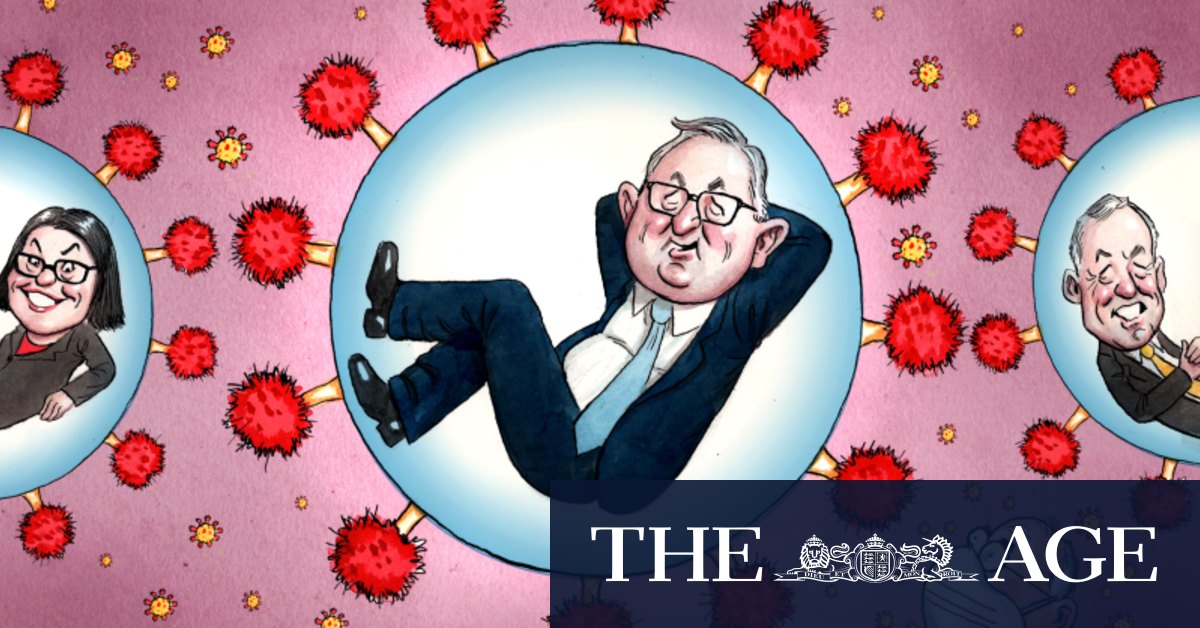 Those errors led to the biggest source of infection in Australia to that point. Sixty-two people caught the virus due to those who disembarked.

The Premier, Gladys Berejiklian, said she was sorry for the “horrible mistakes” made by NSW Health. “I want to apologise unreservedly to anybody who is continuing to suffer, or has suffered unimaginable loss because of mistakes that were made within our health agencies.”

So who is the NSW Minister for Health today? It’s the very same Brad Hazzard.

Two. Who was the federal Minister for Aged Care when the Royal Commission into Aged Care Quality and Safety published its interim report titled with the single word “Neglect” in October last year? Richard Colbeck.

The royal commission described Australia’s aged care system as “a shocking tale of neglect”. It found “a sad and shocking system that diminishes Australia as a nation”. It went so far as to say “many people receiving aged care services have their basic human rights denied”.

This was the state of affairs months before the pandemic struck. So when the pandemic did arrive, even more of the residents’ basic human rights were lost. By Thursday, 373 people had died of the coronavirus in aged care homes. That’s about two-thirds of all Australian deaths.

On Thursday the Australian Medical Association called for an urgent assessment of every aged care home to help each understand its capacity and to improve care. “Hundreds of elderly Australians have died needlessly, and without family by their side,” said the AMA in a submission to the royal commission. “This was in many ways the perfect storm – a system already in crisis was hit by a global pandemic.”

So who is the federal Minister for Aged Care today? It’s the very same Richard Colbeck.

Indeed, on the day the AMA made its submission, Colbeck was in Canberra giving an account of himself to the Senate. He expressed condolences for the families of the dead, said he was working hard and stated: “I am accountable.” He then turned and left the Senate before the opposition could respond.

Labor has campaigned daily on the Morrison government’s performance on aged care, and the harder it hits Morrison the harder Morrison deflects blame to Victoria. You can see why. Of the 373 deaths in aged care homes as of Thursday, 342 had occurred in Victoria. That’s 92 per cent.

It doesn’t in any way absolve the Morrison government from responsibility – aged care is squarely a federal function, not a state one. The federal government is responsible for the funding, regulation, compliance and conditions inside the aged care homes. But it does point to Victoria’s catastrophic failure to contain the pandemic.

Three. Victoria is unique among the states and territories for its uncontained second-wave virus outbreak. Of the 583 deaths nationwide reported by Friday, 496 occurred in Victoria. That’s 85 per cent.

The state of knowledge at the moment is that 99 per cent of the second-wave infections stemmed from the failure of hotel quarantine, according to Doherty Institute genomic analysis.

Who were the responsible ministers at the beginning of the second-wave outbreak? The Victorian Minister for Health was Jenny Mikakos. But she says she wasn’t responsible for managing hotel quarantine, which she has described as a “multi-agency effort”.

Whoever it was, the Premier was Daniel Andrews. Andrews convened an inquiry into the hotel quarantine failure. It is still inquiring. It has uncovered a litany of bungles and failures by the private security company guards who were hired to enforce the cordon sanitaire. Some seem to have thought they were on recreation leave, with an optional dating service on offer.

But the original sin and central mystery of the affair remains unclear – why did the Andrews government make the fatal choice of commissioning private security contractors to run hotel quarantine.

The federal government says it offered Defence Force personnel to do the job. Andrews says the offer was never made. The Defence Minister, Linda Reynolds, has produced details to show that it was. This clash of accounts remains unresolved.

Who are the ministers in the relevant Victorian government posts now? The same ones who were there before the outbreak – Mikakos, Pakula, Andrews.

Everyone is sorry. No one is responsible. Ministers preside over catastrophic failure, illness and mass death. And keep their jobs. And their powers. And their privileges. It doesn’t matter how glaring the failures of their departments, how many people die as a result. The dead go to their graves. The ministers go back to their jobs.

These are not the typical micro scandals of Australian politics – rorted expenses, sex with the staff, lying to parliament. All serious but they do not kill the citizenry that governments exist to serve.

These have been mostly avoidable deaths. Of dozens, of hundreds of Australians. People with the same rights as members of parliament.

Indeed, these ministers have made efforts to fix problems and repair oversights. That’s not the point of ministerial responsibility. Ministers represent the authority of the crown. Why is it a big deal to be a minister, to get the lifetime honorific of “the Honourable” in front of your name? It’s partly because you get a billion-dollar budget, a department of thousands and godlike powers. But you get control of these only because of the awesome authority of the state, of which a fragment has been entrusted to you.

You are accountable for the exercise of that authority by everyone operating it on your behalf. Rudyard Kipling described power without responsibility as “the prerogative of the harlot throughout the ages”. That was his contemptuous description of a British press baron, Beaverbrook.

Ministers are supposed to wield power with responsibility. “When responsibility for a serious matter can be clearly attached to a particular Minister personally, it is of fundamental importance to the effective operation of responsible government that he or she adhere to the convention of individual responsibility,” says the House of Representatives Practice.

Canada’s House of Commons Procedure and Practice is even clearer: “The principle of individual ministerial responsibility holds that Ministers are accountable not only for their own actions as department heads, but also for the actions of their subordinates; individual ministerial responsibility provides the basis for accountability throughout the system.”

What we see in Australia today is more like the definition of a minister in the Devil’s Dictionary, the 1911 classic by Ambrose Bierce: “An agent of a higher power with a lower responsibility.”

The best defence of these crisis-ridden ministers is that it’s disruptive to remove a minister in the midst of an emergency. Fair enough. There are questions of timing and transition.

But at the moment these three governments have hidden behind the pandemic and justified themselves by their high public approval ratings. Which they might be able to get away with for now. But ultimately this sort of failure of responsibility will end in the erosion of public trust and a return to the dismal days of pre-COVID disenchantment.

We owe a duty to advance Australia fair

Across the country on Tuesday, more than 12,000 people will become Australian citizens at ceremonies …