NRL 2020 as it happened: Embarrassing Broncos belted by brilliant Roosters

admin 3 weeks ago Sport Comments Off on NRL 2020 as it happened: Embarrassing Broncos belted by brilliant Roosters 10 Views 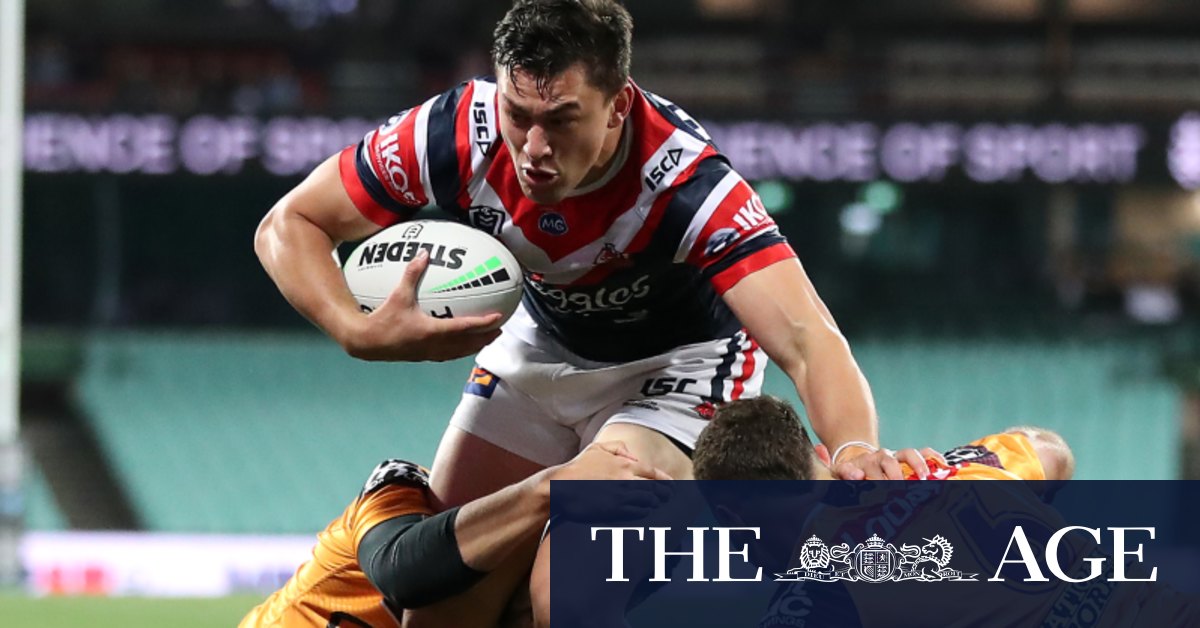 That’s all for tonight’s blog.

Another week, another drubbing for the diabolical Broncos.

It’s hard to know where to look for Brisbane fans. That was as bad a performance as they have dished up all season.

There is no Anthony Seibold to blame now. Both Kevin Walters and Paul Green must have watched that match in horror.

There is so much work to be done to rebuild one of the NRL’s great clubs, who are now an absolute basket case.

Thanks for tuning in. See you all this time next week.

That’s full time at the SCG.

The Roosters finished 58-12 winners, largely thanks to a James Tedesco fullback masterclass and doubles to Sitilu Tupouniua, Josh Morris and Daniel Tupou in his return from injury.

That was scary good from the premiers, who will welcome Sonny Bill Williams, Luke Keary, Angus Crichton and Mitchell Aubusson back into the fold in the coming weeks.

The race for the premiership is well and truly on.

All of the action has been to the Roosters’ left edge tonight.

Turns out their right side is pretty handy, too.

Brett Morris has scored with the final play of the game. Once again, James Tedesco set it all up.

He finished with five (!) try assists and four points of his own in what was a masterclass.

Turns out it hasn’t been that long since a team scored 50 against the same opponent twice in one season.

The Raiders did exactly that to the Tigers in 2016.

A nice little slice of history for the joint venture there.

Daniel Tupou has joined Josh Morris and Sitili Tupouniua in nabbing a double.

Once again, it was James Tedesco who set the points up on the left edge.

The bat has been raised by the Roosters. The 50 is up.

Kyle Flanagan slotted the conversion from the sideline and it’s now 52-12 after 74 minutes.

With that last Josh Morris try, the Roosters have now scored 105 points against the Broncos in their two games this season.

That’s one for the statistic nerds out there – has it ever been done before?

Another game, another double for Josh Morris.

The Roosters’ right edge has scored at will tonight.

Every time they head that way they look like scoring. Largely thanks to regular pieces of magic from James Tedesco.

Embarrassing doesn’t quite sum this Broncos performance up.

It’s fair to say the faithful Roosters fans at the SCG were happy to see Sonny Bill Williams watching on.

It’s also a timely reminder the tri-colours are making this look like a glorified training run with Williams, Luke Keary, Angus Crichton and Mitchell Aubusson all still sidelined.

Scary stuff for the other four or five teams that are legitimate contenders this season.

If there are any Darius Boyd fans still out there, look away now.

This was not pretty.

Nat Butcher is all class.

The versatile forward cleaned up a Freddy Lussick offload, burst straight through two Broncos defenders and beat Darius Boyd very easily with a big right foot step to score under the posts.

The premiers aren’t far off cracking the half century now.