admin August 28, 2020 National News Comments Off on Premier asks for weather to be enjoyed in a COVID-safe way as NSW records 13 new cases 19 Views 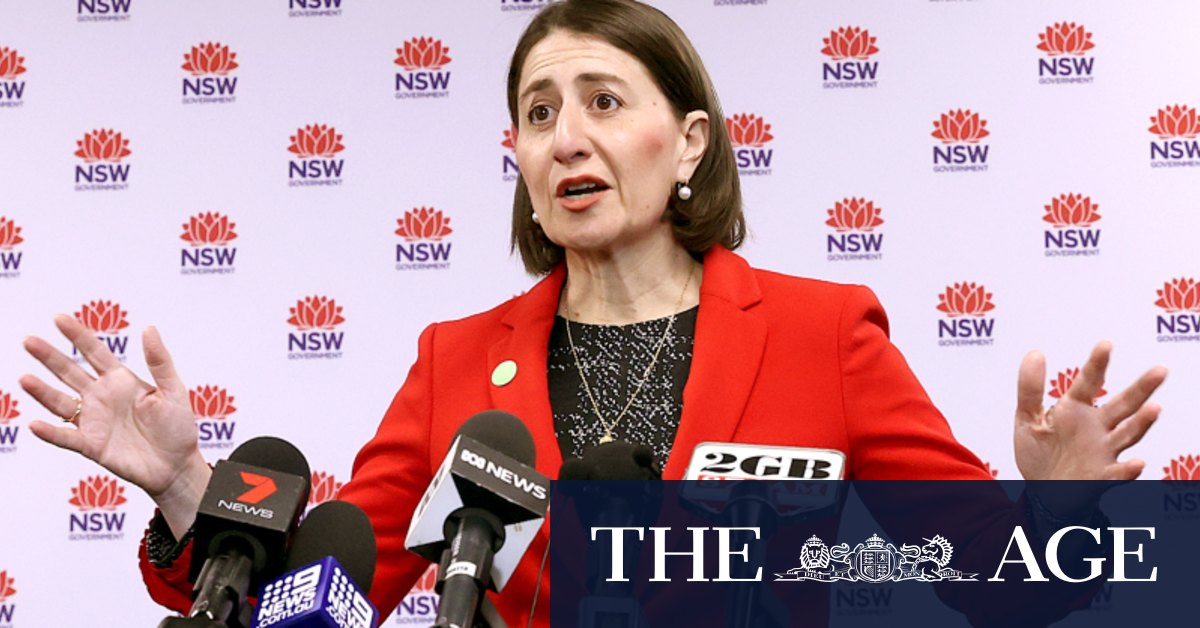 “All of us need to stay vigilant ot make sure that doesn’t happen,” Ms Berejiklian said.

The state was working towards easing restrictions in border communities next week.

Chief Health Officer Dr Kerry Chant said of the 13 new cases reported on Friday, six cases were linked to the Sydney CBD cluster, four were locally acquired and their sources were under investigation, and two were close contacts of previously reported cases not linked to known clusters.

Dr Chant said anyone who visited the City Tattersalls Club on Monday, August 24, from 8am to 2pm was now deemed a close contact and must get tested immediately and isolate for 14 days even if they return a negative test result.

“This cluster has grown significantly and we have seen additional cases linked to the cluster overnight,” Dr Chant said.

“Again it highlights how quickly COVID can spread … we had a seeding event — its amplification in the setting of a gym [at City Tattersalls]— and that has seeded a number of other workplaces and lead to people’s exposure in the community [at] a number of venues we have announced,” Dr Chant said, urging the public to go to the NSW Health website and check the list of venues issued health alerts.

Ms Berejiklian said it was really important people got tested the day they first notice the mildest of symptoms to avoid unintentionally infecting other people by continuing to operate in the community as normal.

The Premier said she would like a higher proportion of the communities in south western and western Sydney to come forward for testing given the number of cases in those areas with no known source.

It comes as almost half of the people who tested positive in NSW last week waited more than three days to come forward for testing after they noticed symptoms.

All staff and students at Ryde Secondary College have been asked to self-isolate and learn from home after a staff member tested positive.

“We acknowledge the disruption for our students preparing for their HSC and will provide further information [on Friday] to HSC students advising of alternative arrangements,” the Department of Education said in a statement.

St Gertrude’s Primary School at Smithfield, near Fairfield, also closed on Friday due to a case.

Furthermore, in the city’s north-west, Riverstone High School and Wyndham College, at Quakers Hill, reopened on Friday after being closed due to cases in students earlier this week.

Two students at Riverstone High School and one student at Wyndham College tested positive for COVID-19, prompting both schools – as well as nearby Schofields Public School – to close on Wednesday.

Students at Wyndham College were due to complete their HSC trial examinations this week. The exams scheduled from Wednesday to Friday have been rescheduled for August 31 and September 1.

NSW Police Deputy Commissioner Gary Worboys said as the days get warmer people will want to go to parks and beaches and mingle with friends, but public health orders requiring people to socially distance remained in place.

“Police will be out there enforcing those public health orders to ensure people in this state remain safe,” Mr Worboys said.

More police will be patrolling the coastline in areas where they know people like to congregate, he said.

He stressed it was very important people kept their distance and stayed at home if they were unwell.

People who attended the following venues are considered casual contacts and are advised to monitor for symptoms, and immediately isolate and get tested if they occur:

A case was also diagnosed in a resident who had spent some time to border communities which brought two NSW resident in close contact. The Murrumbidgee contacted these two people and was monitoring them. They will remain in isolation for 14 days.

The latest NSW Health COVID-19 surveillance report shows three COVID-positive people (75 per cent) with no known links to confirmed cases or clusters did not get tested or self-isolate until at least four days after their symptom onset.

“All people are reminded of the need to isolate and seek testing as soon as any symptoms develop, to limit spread to other people,” NSW Health said.