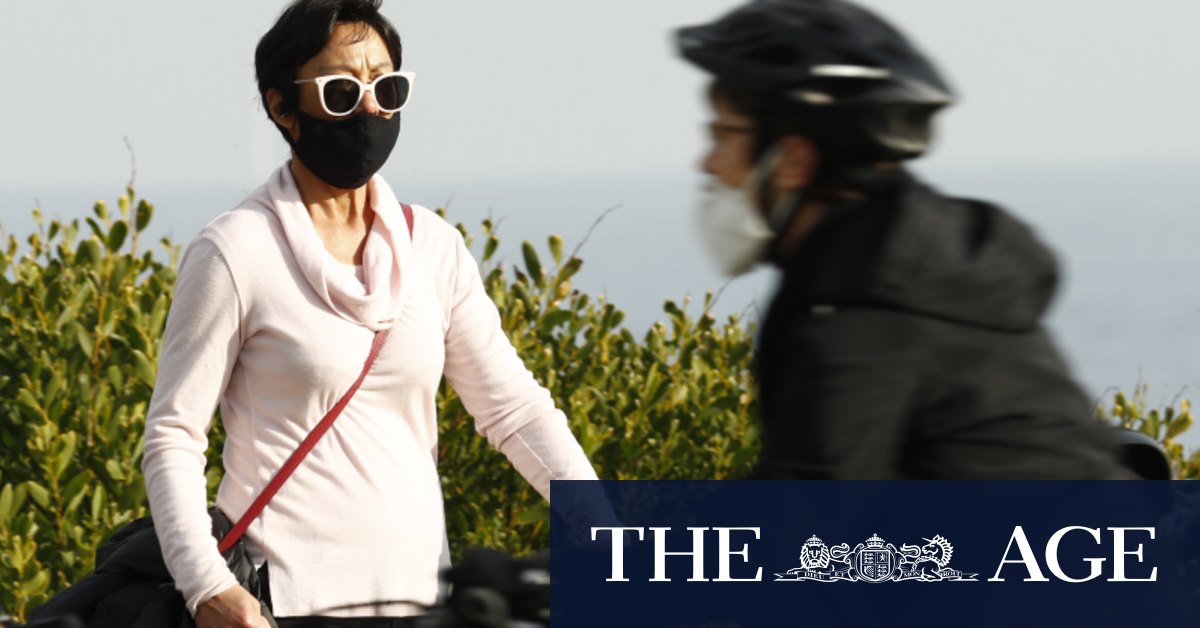 “I think it is helpful from a psychological point of view, we all can have an internal celebration to see it into double figures,” he said.

“But no, it doesn’t make a huge material difference, it is just a sign if we get there, and I hope we do, that we are still heading in the right direction.”

However, the national death toll from the virus reached another grim milestone, passing 600 on Saturday. The Victorian death toll since the pandemic began now stands at 514.

Nearly 18,000 people have already signed a petition calling for Victoria’s lockdown measures to be amended to allow people living alone to have a nominated friend visit them.

While those with ‘intimate partners’ are able to travel to see their significant other during Melbourne’s stage four lockdown, there is no allowance for those living alone without a romantic partner to have a visitor.

In response to a Twitter user asking about a “household bubble”, Chief Health Officer Brett Sutton acknowledged that singles were in a “really hard” situation during the pandemic.

“[The shared bubble is] being talked through and under active consideration,” he wrote in a Tweet on Friday night.

During New Zealand’s lockdown, Prime Minister Jacinda Ardern allowed singles to ‘buddy up’ with another person living alone and visit them for support and companionship.

In the past 24 hours, Victoria Police have issued fines to 195 people for breaching lockdown restrictions, including one to a man who travelled more than 300 kilometres from his home to go to the beach.

Police also said two men and a woman were found at a home in the council area of Boroondara in Melbourne’s east after the resident invited friends around for drinks to watch the football.

“The resident attempted to hide the visitors letting them try and flee over a back fence. One of the men was found hiding in bushes,” a police spokeswoman said.

Another man was found in his car at Shoreham beach on the Mornington Peninsula when he lives more than 300 kilometres away in the town of Wedderburn, north-west of Bendigo.

The fines also included 66 people who were caught out after Melbourne’s 8pm curfew and 27 Victorians who were not wearing a face mask.

Meanwhile, active coronavirus case numbers dropped in 75 per cent of Victoria’s postcodes over the past week, analysis of new Health Department data shows.

Previous One man dead, another in hospital after two Sydney apartment fires
Next Leonard Cohen’s estate slams Republicans’ use of ‘Hallelujah’ at RNC