Breaking News
Home / Victoria News / Too close to the unions

Too close to the unions 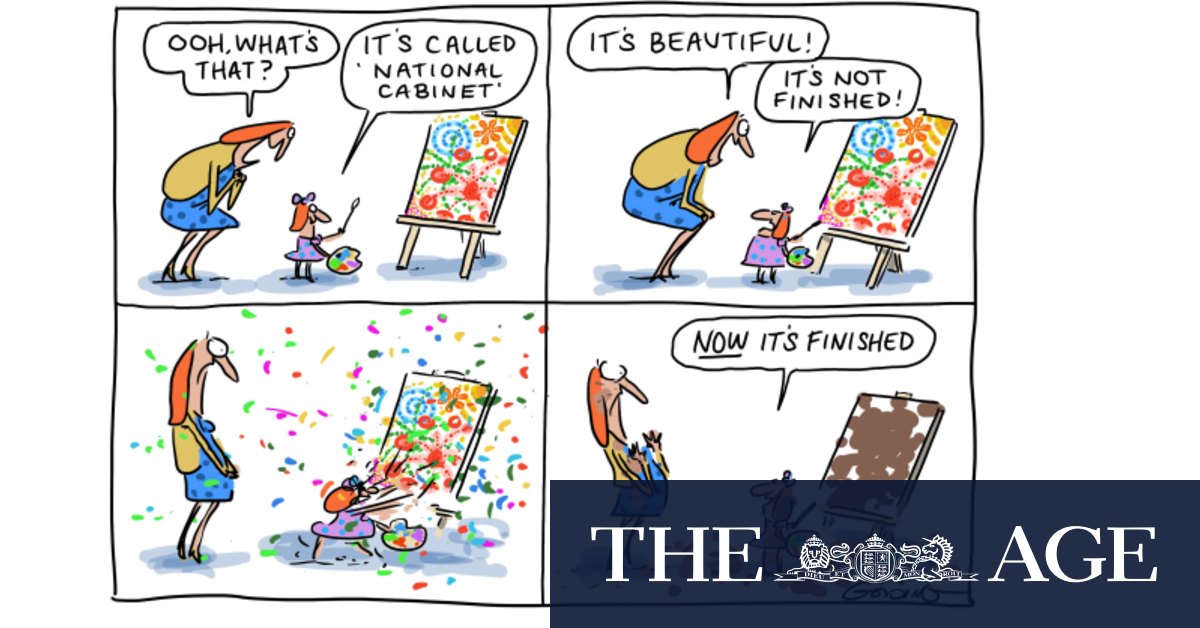 Bill Shorten says he was ‘‘arrogant’’ because he did not sufficiently consider the views of those who felt anxious about his big-spending policy platform. However, he laid out with great clarity what his means of raising income would be and how it would be spent. It would, of course, have been wise to lay down job creation programs for those in mining industries who stood to lose their jobs.
The ALP assumed people had basic knowledge of the social, environmental and economic equity that would have been promoted by its policies. The Coalition knew they did not and spruiked to the lowest common denominator. For Australia to move ahead on economic equity and climate change mitigation, the public will have to become better educated than it presently seems to be.
Greg Bailey, St Andrews

Bill Shorten, your process of reflection sounds like a gift that has given you perspective into what people, us voters, really respect in leaders. Can you bottle this for pending members of Parliament, please.
Suzanne Clarebrough, Wangaratta

Exemptions for the rich?

In your editorial (Sunday Age, 23/8), we learn that ‘‘getting permission from the Australian Border Force to leave the country is not straight forward and confusion abounds about what counts as a compassionate reason’’. Then on page six we learn that an exemption was given to wealthy businessman Jost Stollman to pick up his ‘‘awesome’’ new 24-metre yacht from Trieste, Italy. I am so glad that the confusion no longer exists.
Vaughan Greenberg, Chewton

Our thanks and praise

I read ‘‘Lessons from the front line: here’s what we’ve done right’’ (Sunday Age, 23/8 and gave thanks again for our medical professionals who work so closely with the sick and dying in the time of COVID- 19. You are putting your own lives at risk every day. Your levels of physical and mental exhaustion are unimaginable. You do this work with intelligence, compassion and empathy whilst adapting new learning and skills in the treatment of this hideous virus. The overused word ‘‘hero’’ applies to each of you.
Marie Douglas, Camberwell

As a front liner, I have seen colleagues become ill and know people who have died. Every day when I go for my walk I see people flouting rules, not wearing masks and bragging about dodging curfews. This chips away at my resilience and makes me question why we bother. So, dear Leunig (Spectrum, 29/8), I do not want to spend time with Sybil. She did not set my heart astir. She made me cry.
Enisa Birdahic, Reservoir

Thank you, Leunig, for your cartoon ‘‘To Sybil’. However, I must point out that my name is spelt Sibyl. We love your work. Keep it up.
Sibyl Hayton, Beaumaris

I just want my parcel

Australia Post has decided to send Victoria’s parcels to NSW to be sorted (Sunday Age, 23/8). After 14 days, on Thursday, my parcel sent within Victoria was still stranded in Sydney despite Australia Post advising me two days earlier it was on its way to Victoria. Since then I have been told extra trucks are being put on this weekend to shift the mail from Sydney to Melbourne.
Australia Post also said it had put on an extra 600 staff to sort parcels. I assume most of those are in the Liberal state of NSW. But that obviously has not helped. The federal government needs to have a long, hard look at chief executive Christine Holgate being paid $2.5million a year to deliver this level of service to Victorians.
William Benson, Trentham

It was heartwarming to read of the supportive friendship between Nina (‘‘yiayia’’) and her younger neighbours, Daniel and Luke Mancuso, in Reservoir (Sunday Age, 28/8). It is more important than ever that we take care of one another in this COVID-19 era, particularly our neighbours. Unfortunately this has not been our experience with some neighbours, despite living in regional Victoria. Tom Cowie’s article restores my faith in humanity: that there are still people who have a sense of community and do care about others. Love thy neighbour, indeed.
Catherine Boal, Waldara

Thank you, Bob Murphy (Sport, 29/8) for your thoughtfully poignant column regarding a rarely discussed aspect of football, the haunting emotional possibility that sometimes things can go terribly wrong during a match. Additionally, it was a fitting tribute to the courageous Neil Sachse, who died last week.
Ellen Barber, Ascot Vale

You say Australia should be able to ‘‘take a stand’’ on China’s ‘‘territorial ambitions in the South China Sea, its actions in Hong Kong and Xinjiang, or its attempts to influence Australia’s political and university systems’’ (Editorial, 28/8). Australia should also take a stand on the oppression of black Americans, including mass incarceration, police murders and widespread denial of the right to vote. We should also condemn US economic blockades against countries such as Cuba, Venezuela and Iran, as well as attempts by US media companies such as News Corp to ‘‘influence’’ Australian politics.
Chris Slee, Coburg

Previous As it happened: Melbourne Demons win a thriller against St Kilda Saints to boost finals hopes
Next The Andrews-Morrison bromance is heading for an ugly break-up