Giants’ Toby Greene cops a fine for incident against the Dockers

admin August 30, 2020 AFL Comments Off on Giants’ Toby Greene cops a fine for incident against the Dockers 14 Views 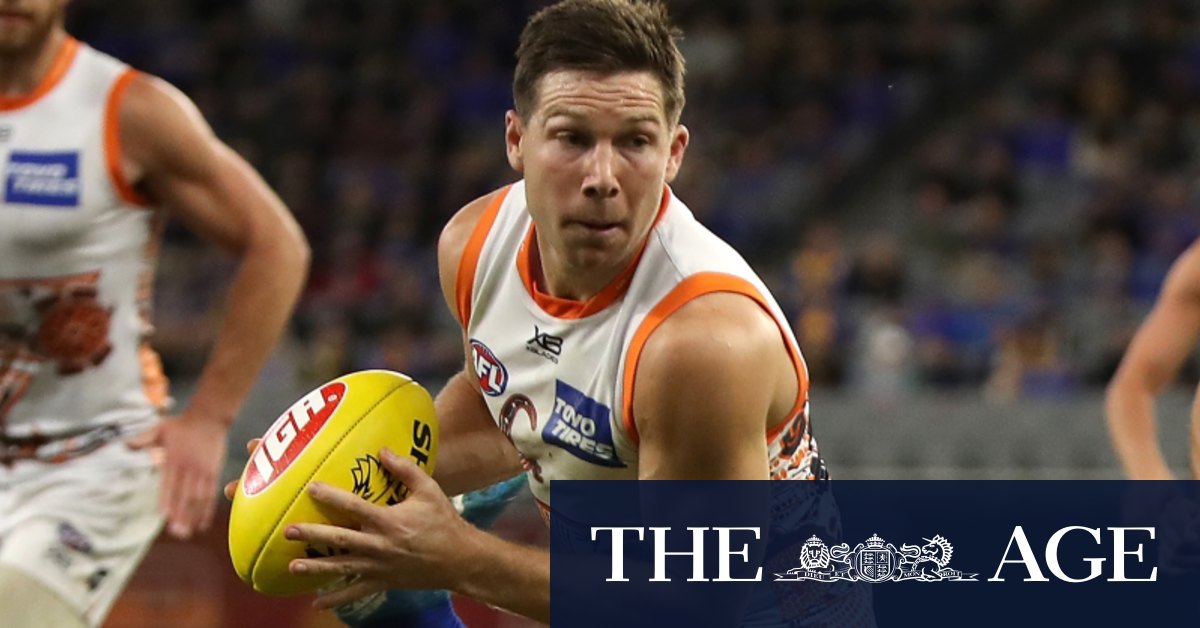 Controversial GWS Giant Toby Greene has escaped suspension, instead hit with a $1000 fine for an elbow to the midriff of Fremantle opponent Reece Conca on Saturday.

Crucially, match review officer Michael Christian graded the final quarter incident at Optus Stadium as low impact. Greene was fined $1500 but will pay just a $1000 penalty with an early plea.

Giants coach Leon Cameron on Saturday was confident that his star forward would avoid suspension.

“I’ve seen the incident late in the game. I spoke to Toby and he said he brushed him aside,” Cameron said.

“Clearly, he went down but all the talk in our locker room was he’ll be fine. Clearly because it’s Toby it will be a headline, we’re used to that. We’re not worried.”

The 26-year-old served a one-match ban during last year’s AFL finals series but returned to play in the grand final.