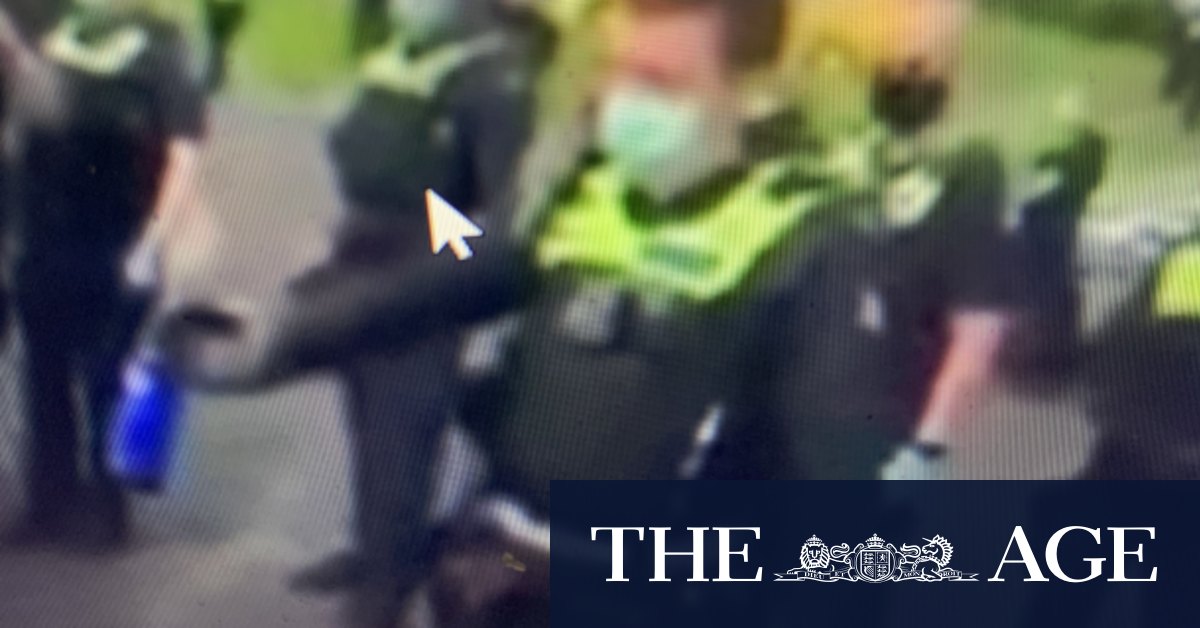 In one video, after being told to move on from the gathering, protesters yelled at police, “you are in groups, who is the real criminal?”

Many of the anti-lockdown protesters were spotted wearing Guy Fawkes masks, with flares being held aloft by the rowdy group.

Videos also show a number of men being tackled to the ground by police and handcuffed.

In a statement, a Victoria Police spokeswoman said they had arrested the three men during the prohibited gathering near Roxburgh Park on Sunday.

“Police are continuing to investigate the gathering and will consider issuing penalty notices for anyone else found to be in breach of the directions issued by the Chief Health Officer,” he said.

It comes after almost a week of anti-lockdown demonstrations in Dandenong and the arrest of a man who was later charged with incitement for allegedly helping to organise an anti-lockdown protest planned for next week in the Melbourne CBD.

Mr Cornelius dismissed protesters as the “tinfoil hat-wearing brigade”, and said that those thinking of protesting were “utterly selfish”.

Those who have taken part in recent demonstrations, including those across Roxburgh Park and Broadmeadows on the week, have claimed that they aren’t gathering to protest but are coincidentally all out at the same time for their one hour of exercise.

“We all know it’s not, so stop playing us and the wider community for fools … Don’t try and dress that up when the real reason for leaving home is to wander down the street with a bunch of other boofheads to protest.”