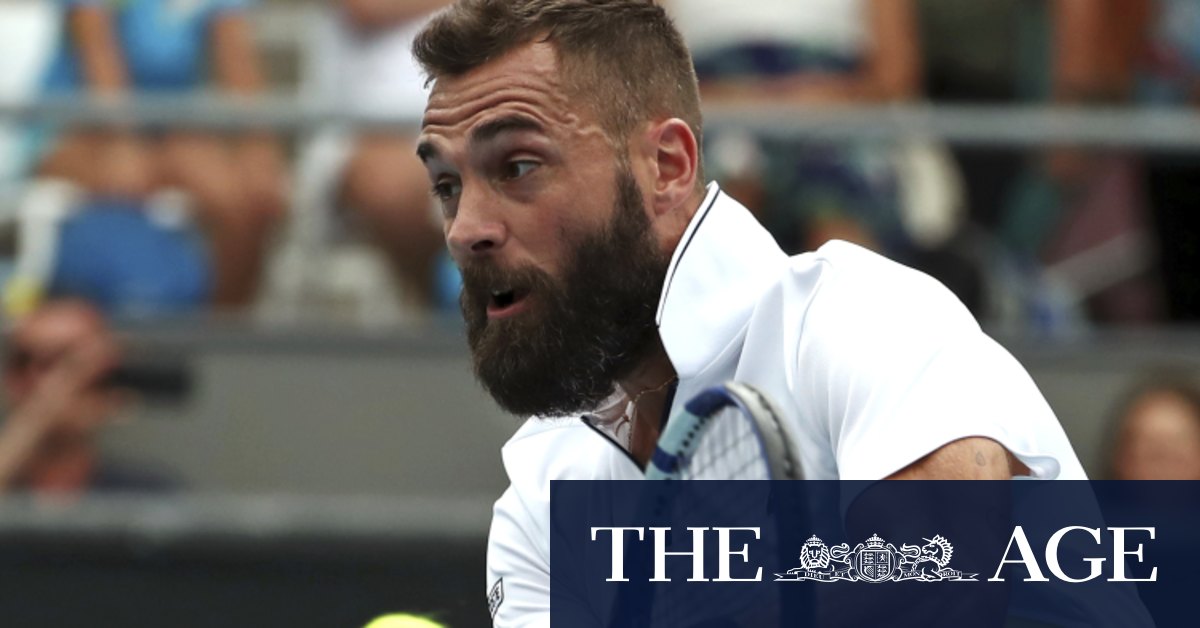 Paire appeared to be unwell during the match, asking for a doctor in the opening set before retiring in the second while trailing 6-0 1-0.

Contact tracing is now under way to determine who else may have been exposed the virus and require quarantine.

The Associated Press reported that Paire’s result was one of two to come back positive at the Western & Southern Open.

On August 20, the USTA announced the first positive test, saying only that it was not from a player. Argentina’s Guido Pella and Bolivia’s Hugo Dellien subsequently confirmed their fitness trainer had tested positive for COVID-19 and that they had been dropped from the tournament as a result.

The Western & Southern Open, which ended on Saturday, is normally held in Ohio but was moved to Flushing Meadows this year.

Paire is ranked 22nd in the world. He reached the fourth round of the US Open in 2015, equalling his best showing at any grand slam tournament. He lost in the second round in New York last year.

The US Open is being played without fans and in a biosecure bubble due to the pandemic, but several high-ranking players – including Ashleigh Barty, Rafa Nadal and Roger Federer – have skipped the tournament due to coronavirus concerns.