Warner ‘bullish’ as Maxwell makes a statement with century 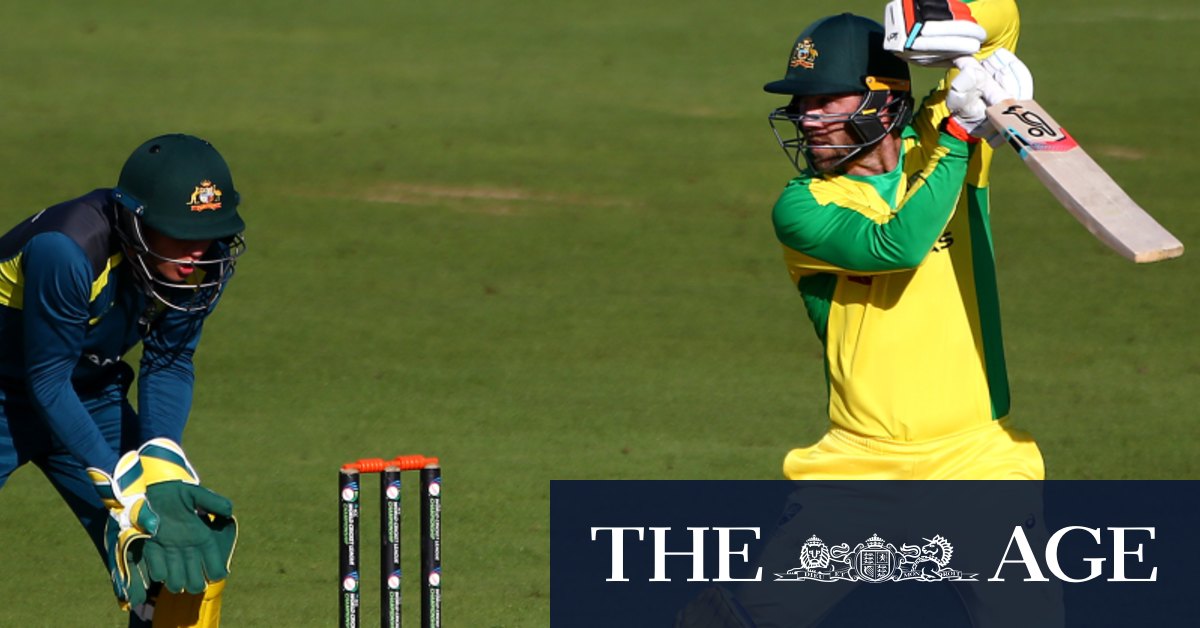 Maxwell said there was an intense battle within the squad for middle-order roles and players had “to put their hands up and make some big scores and give the selectors something to think about”.

Stoinis has not been a part of Australia’s set up since last year’s World Cup when he failed to deliver the power hitting and wickets expected of him.

Warner (34 from 44) was also in good touch and appears to be refreshed by a five-month break because of the COVID-19 disruption.

Trent Woodhill, his long-time batting mentor and an assistant to Justin Langer on this tour, said the reigning Allan Border medallist was as energised as ever, heading into the new season.

“Mentally he’s as strong as ever and as bullish as ever. I haven’t been given any indication he’s not hungry for more runs across all formats,” he said.

Warner this year has twice suggested he could consider ceding one format of the game, most likely international Twenty20s. After the AB Medal count, he suggested next year’s Twenty20 World Cup could be an end point, but that plan may have now changed because of the disruption to the schedule.

At that time, Australia was to host the Twenty20 World Cup this year, with India to host next year’s event. However, that has now changed, with this year’s tournament cancelled and India to play host next year, with Australia’s turn not until 2022. Just recently, he said life in a bio-secure bubble away from his family could be another factor in any decision he made.

At 31, with 7244 Test runs to his credit, and set to soon pass the likes of Walter Hammond, Gary Kirsten, David Boon and Desmond Haynes, Warner still has much to achieve.

“He has amazing mental capacity to bounce back. I was so proud of him with the 300 in Adelaide (against Pakistan last summer) just because of that bouncing back from adversity,” Woodhill said.

“That’s champions worldwide, whether it’s someone I know or someone I don’t, it’s always great to see. David worked really hard after the Ashes to regroup and he came back firing. Watching him back the other day in the trial match he’s in a really good place with his cricket.”