Aged care regulator ‘too late to act’ in enforcing standards 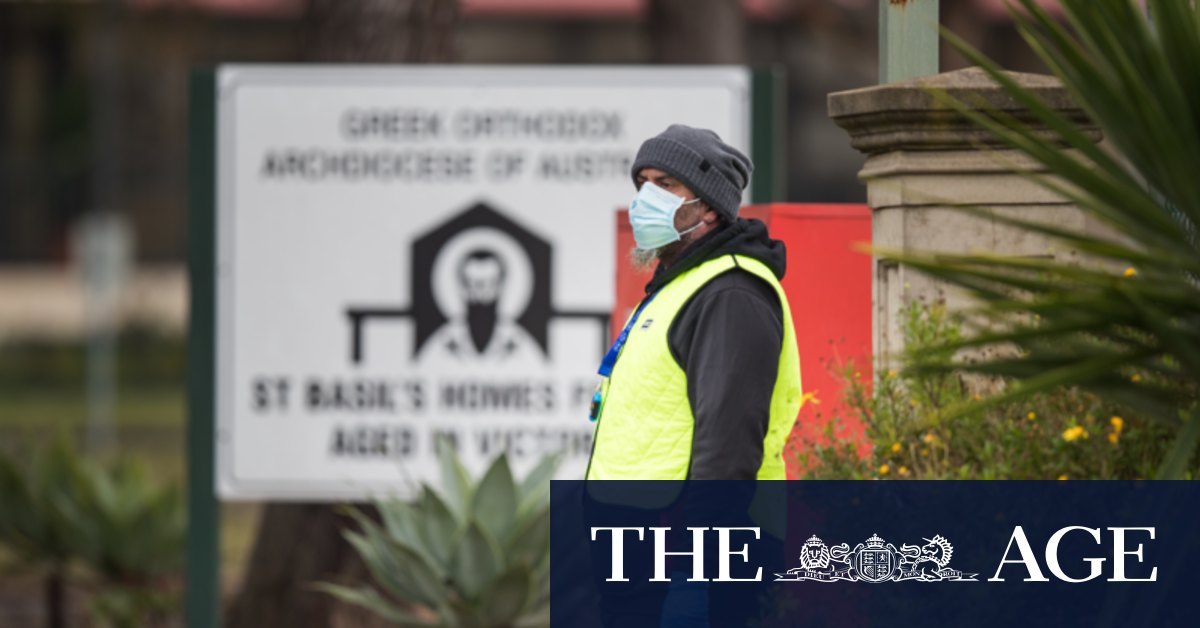 Estia Health in Ardeer, issued a notice on July 26, had 68 cases two days earlier and Epping Gardens, which had 82 cases on July 28, received a notice that day.

Across the 10 facilities issued with notices after experiencing outbreaks, 403 residents had contracted COVID-19 and 75 died.

Aged Care Minister Richard Colbeck announced on Monday that as part of a $563.4 million aged care funding extension, residential providers would each have to employ “a designated infection control officer on site” to continue accessing the federal government’s COVID-19 supplement.

The payment amounts to $975 per resident in metropolitan areas and about $1435 elsewhere. It is unclear when the staff will have to be in place, but the funding is due to flow from early October.

Senator Colbeck was unable to say how many aged care workers were still moving between multiple facilities in Victoria, more than a month after a “one worker, one site” policy was announced.

“Unfortunately we don’t hold the data with relation to that. That’s held by the providers themselves,” he said.

The funding extension includes $245 million for COVID-19 supplement payments, $92.4 million for providers to employ staff who work only at one facility, $154.5 million for aged care workforce retention payments and $71.4 million to support residents who have moved home to be looked after by family.

Senator Colbeck defended the regulator’s decision to halt unannounced visits to aged care homes across Australia for almost three months from March, resulting in 235 out of more than 2700 facilities, fewer than one in 10, receiving a surprise inspection between March and mid-August.

“The cessation of unannounced visits was taken at the time on medical advice,” he said.

“Those unannounced visits have re-commenced in all states except for Victoria, where we’re doing short-notice visits.”

The Aged Care Quality and Safety Commission was now working with the Australian Defence Force to test COVID-19 infection control preparedness at facilities, especially those not yet experiencing outbreaks, Senator Colbeck said, “to ensure their infection control plans are up to speed”.

The minister batted away questions about his performance, saying: “No, I haven’t considered my resignation … I do believe I still have the confidence of the Prime Minister.”

Greens aged care spokeswoman Rachel Siewert said the quality and safety commission “was too late to act when it came to sanctioning non-compliant Victorian facilities”.

“I’m extremely concerned that the government and commission were not proactive enough … and the commission relied on self-assessment by providers,” she said.

Glendale Aged Care in Melbourne’s Werribee had 44 cases on July 24 and was issued a compliance notice by the commission six days later, while Baptcare Wyndham Lodge Community only received a notice eight days after the department reported it had 20 cases.

Kirkbrae Presbyterian Homes in Kilsyth had 76 cases on July 28, while Outlook Gardens had 40. Both were issued with notices the following day.

Previous Danny Frawley was suffering from chronic brain disease when he died
Next How Victoria can leave lockdown, safely, and avoid a return