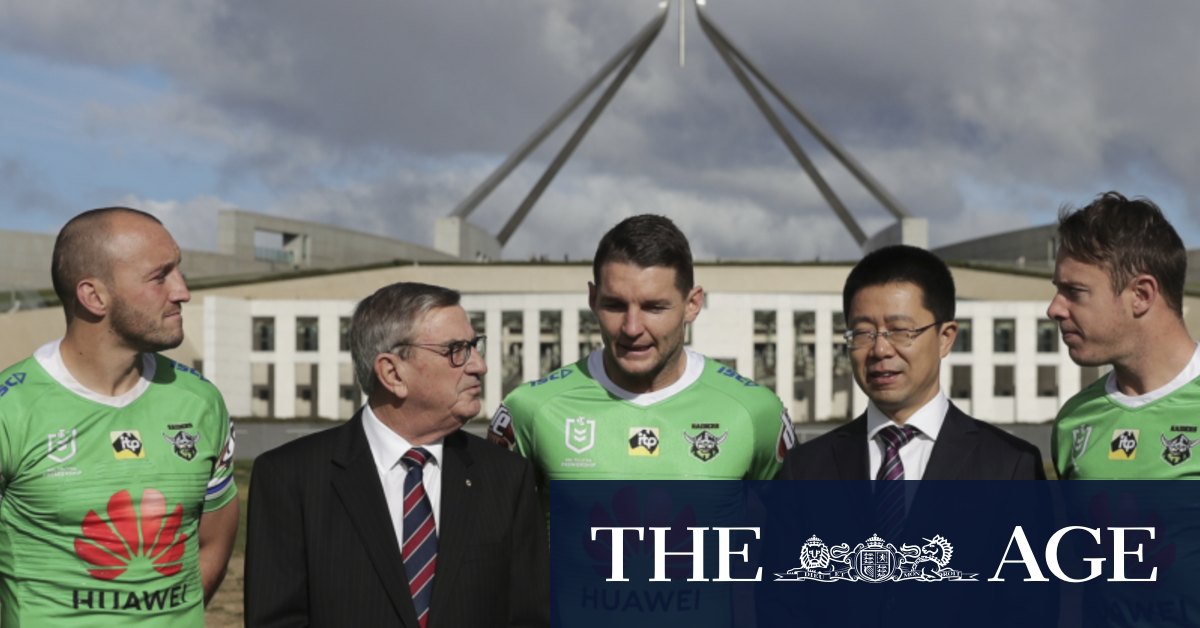 “The Canberra Raiders was Huawei’s first ever major sporting sponsorship in the world. Over the past nine years, Huawei has felt very much part of the Raiders family and our sponsorship has been a company highlight during some very difficult periods.

“However, the continued negative business environment is having a larger than originally forecasted impact on our planned revenue stream and therefore we will have to terminate our major sponsorship of the Raiders at the end of the 2020 season.”

The company said the Huawei logo would be relocated to the back of the Raiders jersey and Huawei would retain naming rights of the new Huawei Raiders Training Centre in Canberra “that will continue to be an important showcase of our technology”.

Huawei Australia’s chief corporate officer, Jeremy Mitchell, said it was “so disappointing that it has ended this way but are very proud of the small role we have played in this great NRL club”.

“We are very proud of our major sponsorship of the Raiders and the fact that it lasted for almost 10 years shows how successful the partnership has been,” he said.

“Even after the Turnbull government banned us from 5G we managed to find the resources to continue the sponsorship but we just can’t financially support it any longer.

Canberra Raiders chief executive Don Furner said the sponsorship had been a “fantastic partnership for nearly a decade – they have been by far our longest-serving major sponsor”.

“This relationship has been about so much more than just a logo on a jersey, we have worked with Huawei on a number of very important community initiatives and fundraising opportunities for very worthwhile causes,” he said.

“We are very sad that they will be stepping back as major sponsor of the Raiders but we are very proud of all that we have achieved together and we hope we can finish this season off successfully.”

Canberra Raiders head coach Ricky Stuart the partnership between the NRL club and the company “went well beyond simply being a commercial arrangement, we forged a very strong relationship that became very personal and it is one which we will always be grateful for”.

“While some people talk about having strong partnerships, they don’t mean very much until you go through bad times together and back each other up,” he said. “We at the Raiders supported Huawei Australia through a difficult period and Huawei supported us through a very difficult time as well.”

Previous IOOF reaches $1.4b deal to buy NAB’s wealth business
Next Reward and cost of a COVID-19 election in Queensland