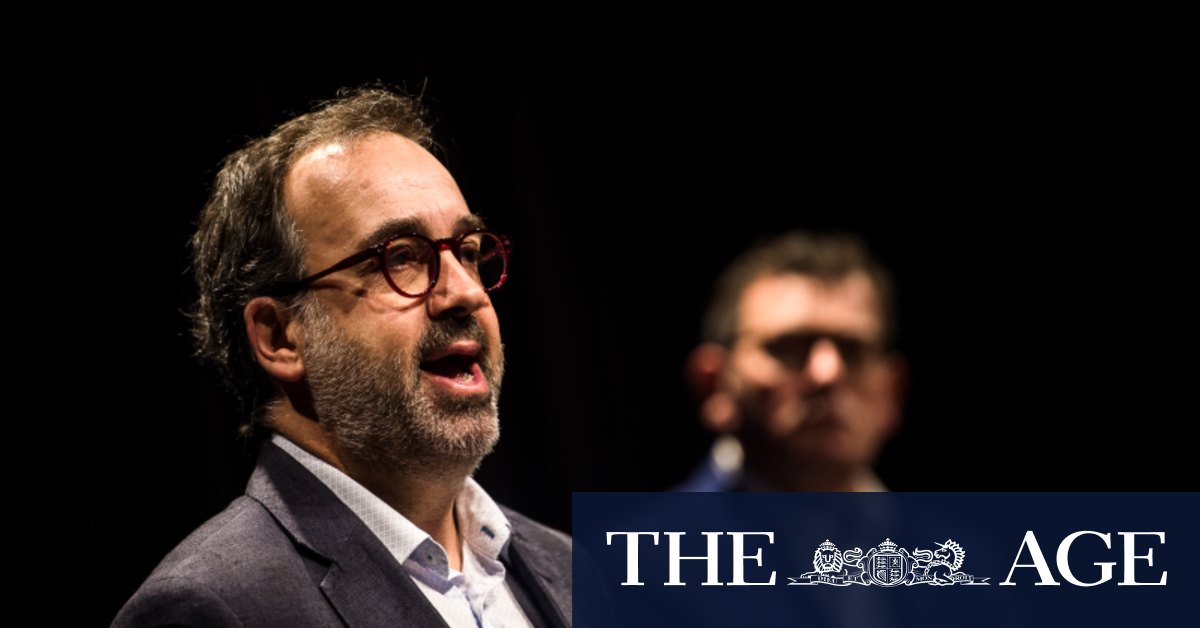 “I think it’s fair to say that the overwhelming view of those groups so far is the need for certainty and the need to ensure that as we ease restrictions, we head in one direction rather than out and back again,” Mr Pakula said on Tuesday.

“So there’s clear understanding, despite the pressure on their members, that this needs to be done in a way that is safe, in a way that does not lead to another set of outbreaks, does not lead another situation where there might be some need for restrictions to be reimposed … and to do that in a slow, safe and steady way.

“There is a high degree of understanding that there will be phases that will be dependent on viral numbers, and then some industries which will open more quickly than others.”

Australian Retailers Association chief executive Paul Zahra said the organisation was pushing for a retail reopening on September 14, even if it occurs in stages, as the industry was entering the key Christmas trading period and “every week of operation counts”.

“What are the triggers for the easing of restrictions, or conversely any increases in restrictions if infections rise? We all share responsibility for the success or failure of infection control – and it makes sense for us to understand the factors in making that judgment,” Mr Zahra said.

‘There could have been a much better approach’: Master Grocers

Mr De Bruin said the NSW government had scheduled regular meetings with the business sector and had implemented some of the ideas raised in that forum.

Under the basic details released so far by the Andrews government on its reopening plans, carpooling would be banned and face coverings mandated in high-risk workplaces. Employees will be urged to continue to work from home where possible.

Workplace “bubbles” would require that employees do not overlap during shift changes and common touch points will need to be regularly cleaned. Different industries will be subject to four traffic-light levels of restrictions: closed, heavily restricted, restricted, or open with a COVIDSafe plan.

“Everything was well intentioned, but I thought there could have been a much better approach to bringing all businesses together,” Mr De Bruin said of Victoria’s approach.

“Family and private businesses are not represented by big industry groups. But these are the businesses that hold up regional and country Australia … Why is it that a NSW treasurer can drive these initiatives [of meeting businesses], glean their ideas, and then go back to the machinery of government and bring about some of the initiatives we’ve raised?”

The Australian Industry Group’s Victorian director, Tim Piper, said he was “happy to give serious consideration” to the government’s proposed traffic-light system, as businesses needed clarity.

“It might just work because it just might make things clear enough,” Mr Piper said. “We’re happy to engage with it and try to make it work so long as the government is appreciating that restrictions will need to be eased.”

Leading business figure Elizabeth Proust, who was handpicked by lord mayor Sally Capp to help lead the City of Melbourne’s recovery from coronavirus, urged the Victorian government to consider a range of industries in rebuilding the state’s economy.

Ms Proust said areas such as entertainment and outdoor dining would be key in luring people back into the city once restrictions ease.

“I think if we want to bring city workers and then other Melburnians [back] … you have to give them a reason to come back to the city … [focus] on some of the things that involve enticing people back into the city so they feel safe.

“The city is not going to from lockdown to no restrictions, there will be a gradual easing out. There are a whole raft of issues getting people back into work.

“There’s a psychological issue of people feeling safe on public transport, lifts, safety in the workplace. If it’s a gradual reopening, and I’m just hypothesising about that, then with a week’s notice [preparing workplaces] should be doable.”

Victorian Chamber of Commerce and Industry chief executive Paul Guerra said he hoped the government could provide a “clear road map” out of current restrictions and urged for assurances Victoria’s contact tracing team will be well-equipped to deal with any outbreaks.

“There’ll be cautious optimism at the start as we meet parameters, then I’d expect businesses to be able to accelerate through the next phases.”

APCO Service Stations director Peter Anderson questioned how some of the restrictions foreshadowed could be implemented, urging the government to release more details on who would be made liable if an employee refused to wear a mask and what the repercussion for business owners would be.

“We have staff overlapping, as every small business at every service station does … that come and go at all different times depending on their own arrangements,” Mr Anderson said.

“How is that going to work? That just tells me [bureaucrats] have got no idea what’s going on in the real world.”