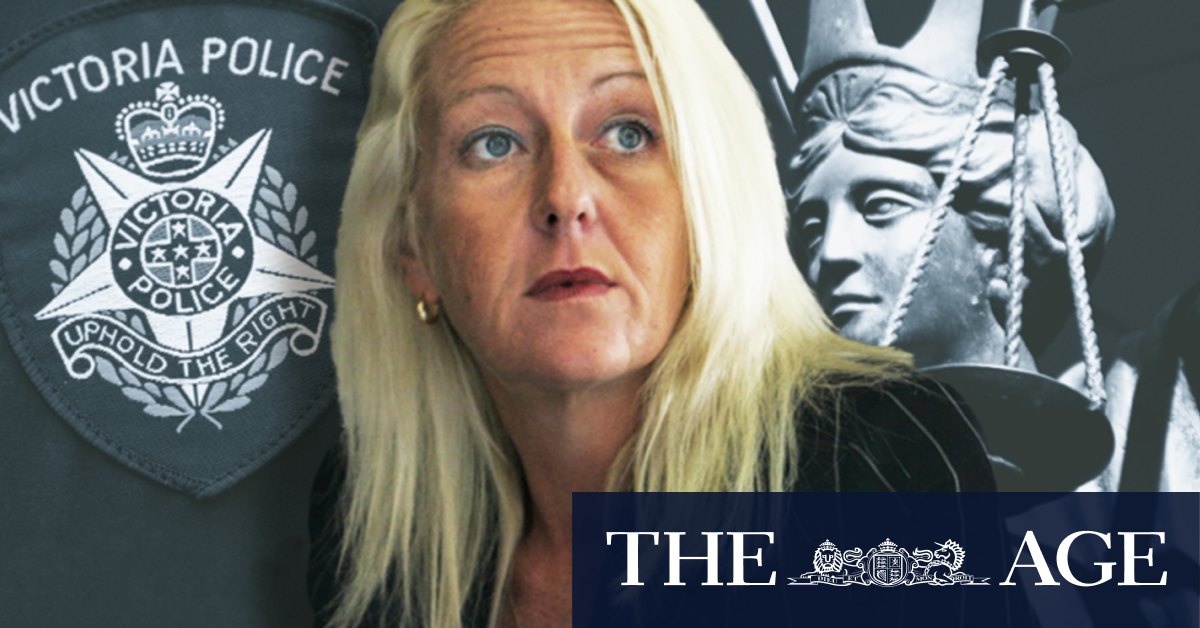 Shortly after the submissions were published on Tuesday evening, Victoria Police admitted it was “profoundly wrong” in permitting Ms Gobbo to inform on her own clients, and apologised to the courts, promising the force had “taken steps to make sure that what happened with Ms Gobbo can never happen again”.

“It was an indefensible interference in the lawyer-client relationship, a relationship that is essential to the proper functioning of the criminal justice system and to the rule of law. Our failure at that time to ensure that these circumstances were identified and disclosed was also a significant and missed opportunity to right a wrong.”

In a shock decision, Royal Commissioner Margaret McMurdo said she would not recommend any person face criminal investigation or charges for their roles in Australia’s worst legal scandal.

Commissioner McMurdo said the decision to press charges rested with the Director of Public Prosecutions and naming those who may have engaged in criminal conduct could prejudice future trials.

The final submissions by counsel assisting the royal commission Chris Winneke, QC, Andrew Woods and Megan Tittensor deliver a stinging assessment of the culture and practices of Victoria Police.

They accuse police of withholding damaging information, knowingly frustrating or impeding record-keeping practices to potentially cover up their activities and seeking to justify potentially corrupt conduct.

“There were those who had a clear understanding that the conduct was wrong and pressed ahead anyway,” Mr Winneke wrote.

“There were also those who, during the use of Ms Gobbo, knew that her ongoing use might cause a Royal Commission but weighed that against the value of the information Ms Gobbo was providing – demonstrating clear knowledge of wrongdoing.”

“When one considers the entirety of the evidence the commission has received, it appears that the high value of the information Ms Gobbo could and did provide justified, in the views of many members, at all ranks, both the obvious impropriety of using Ms Gobbo as a human source and keeping that fact hidden from the Courts, prosecution agencies and the accused persons to whom it should have been disclosed.”

In response, Victoria Police conceded that Ms Gobbo’s management as a human source had resulted in profound interference with the lawyer-client relationship.

Victoria Police said the reasons for failures were organisational and systematic, and no evidence emerged that demonstrated any intention or conspiracy to do anything improper or unlawful.

The submissions from the counsel assisting are scathing of the “ends justify the means” defence offered by Mr Ashton when the Lawyer X scandal became public at the end of 2018.

Mr Winneke said it was open for Commissioner McMurdo to find that Mr Ashton in his public comments at the time tried to justify potentially corrupt activity by Victoria Police and avoid Victoria Police taking responsibility for what had taken place.

This had perpetuated a culture in the force which accepted “noble cause” corruption.

Mr Winneke said it was open for Commissioner McMurdo to find that Mr Ashton “failed to discharge his responsibility to ensure that Victoria Police members act ethically and in scrupulous compliance with the law”.

Lawyers for Mr Ashton said the former police chief took the appropriate steps when he learnt the true extent of Ms Gobbo’s informing in 2011. “Any attempt to put a sinister overlay on Mr Ashton’s conduct is the product of speculation and mischaracterising the facts,” Andrew Coleman, SC, wrote.

Mr Overland said Mr Winneke had “abandoned any attempt to present a balanced, comprehensive or reasoned view of the evidence” and the submissions from counsel assisting were riddled with errors and unsupported by evidence.

“The conduct impacted upon the administration of justice, but was not unlawful, and was mitigated by the lack of oversight and guidance by senior decision makers at Victoria Police,” counsel for Ms Gobbo, Peter Collinson, QC, and Rishi Nathwani wrote.

Ms Gobbo said much of the information she provided to police about criminal offending was obtained in a social setting, not privileged.

Two of the most damning case studies detailed by counsel assisting involve clients of Ms Gobbo whom she encouraged to become police informants, while purportedly representing them, at a time when she was a registered informer herself.

The two clients, a gangland killer and a prolific drug cook, together produced 65 statements for police at the end of the gangland war which implicated drug lord Tony Mokbel, his brothers and his drug associates, Carl Williams and his father, George, two hired guns and former police detective Paul Dale.

Mr Winneke submitted that in both these cases, Mr Overland, Mr O’Brien and Ms Gobbo’s handlers knew she was informing on a client in breach of her professional privilege and duties to the administration of justice.

Commissioner McMurdo is due to deliver her findings on November 30.