The cost of on-field bravery: How I hope to help science understand CTE

admin 2 weeks ago Sport Comments Off on The cost of on-field bravery: How I hope to help science understand CTE 12 Views 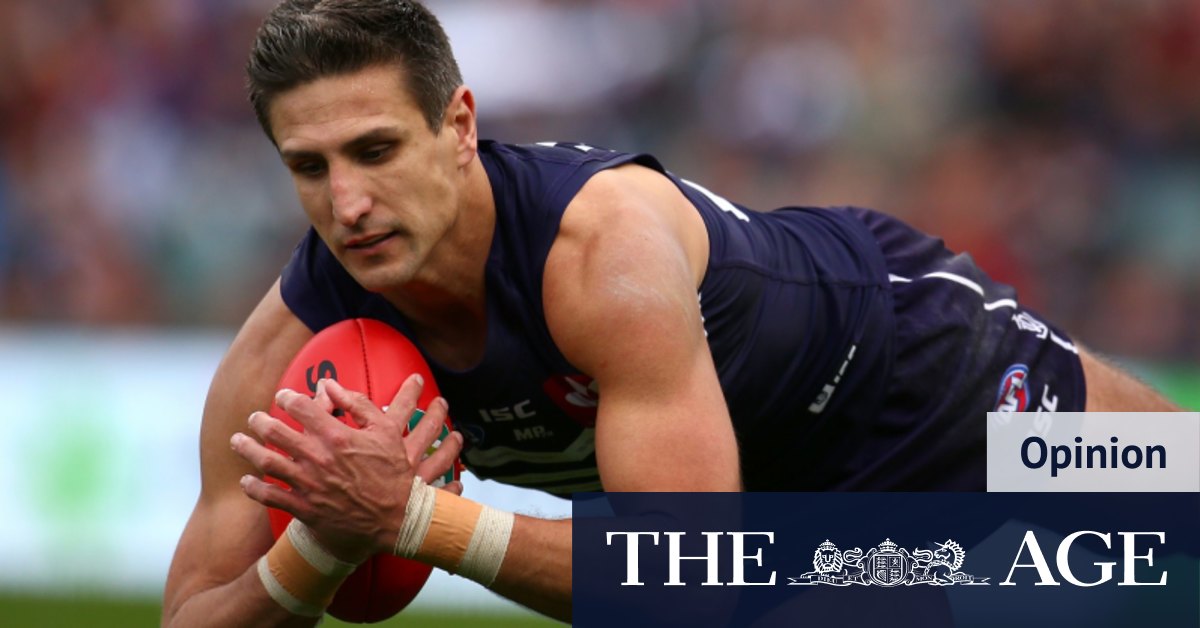 And in the wake of another former AFL player – this time St Kilda legend Danny Frawley – having been posthumously diagnosed with chronic traumatic encephalopathy (CTE), it is a concerning finding for all who have ever crossed a white line.

To anyone that has seen stars after a big hit, or woken up in the changerooms not knowing what just happened and thought, “how did I get here?” – it makes you sit up and take notice.

CTE is the debilitating neuro-degenerative disease of the brain found in people with a history of repetitive brain trauma.

Besides the seven concussions I suffered throughout both my junior and AFL career, there were countless times I suffered concussion-like symptoms. Times I played with blurred vision and excruciating headaches.

That usually ended with me vomiting on the ground or – if I was lucky – in the toilet at home after the game.

Big hits have always been a part of the AFL and bravery will always be held in high regard by players and supporters alike. If winning a premiership is largely seen as the pinnacle, being respected and brave on the field is a close second.

But bravery comes at a cost.

Memory loss, sleep disturbance, changes in emotional regulation, depression and dementia-like symptoms are all associated with concussion and CTE.

It’s been identified posthumously in a number of NFL players, and AFL legend Graham “Polly” Farmer was one of the first to have it diagnosed here in Australia upon his passing.

Being brave on the footy ground comes in many ways. Running hard to defend. Putting your head over the ball. Playing sore. Going back with the flight of the ball into the unknown.

It is somewhat ironic that it takes so much mental preparation and dedication to be fearless, when it is the brain that ultimately suffers when a player commits a courageous act on the field.

Modern day players are insanely brave. They run hard and fast. They tackle more than ever. They commit to the contest more than any other generation of player before them.

Given the innumerable TV camera angles and social media where everyone is a judge, there is no place to hide.

But there is some good news for players.

Western Australia’s Perron Institute is leading research into concussion and its effects on players in contact sports.

The Australia-wide research – worth $50 million dollars in collaboration with Curtin University – has the aim of avoiding the crippling effects of CTE.

The Perron Institute’s Dr Lindy Fitzgerald says most people will recover quickly from a concussion but, “one in five people will go on and have continuing symptoms”.

“It’s not good to have multiple concussions,” Dr Fitzgerald says. “But there is no clear cut-off in terms of how many concussions will definitely lead to CTE, we just don’t know enough about that yet.”

Dr Fitzgerald would like more volunteer athletes – both professional and amateur – to come forward for future research.

“We’re looking at things like blood indicators, particular types of imaging using MRI’s and also things about the person – did they have pre-existing psychological symptoms for example, did they suffer from migraine – putting these altogether in a suite of factors that can potentially predict whether or not they are going to continue to have symptoms.”

They were all brave.

I wonder if they now reflect on their brave acts on the field and the effects that may have in retirement.

But this ground-breaking research by Dr Fitzgerald and the Perron Institute is encouraging.

Encouraging enough for me to want to donate my own brain to help future generations better understand the issue.