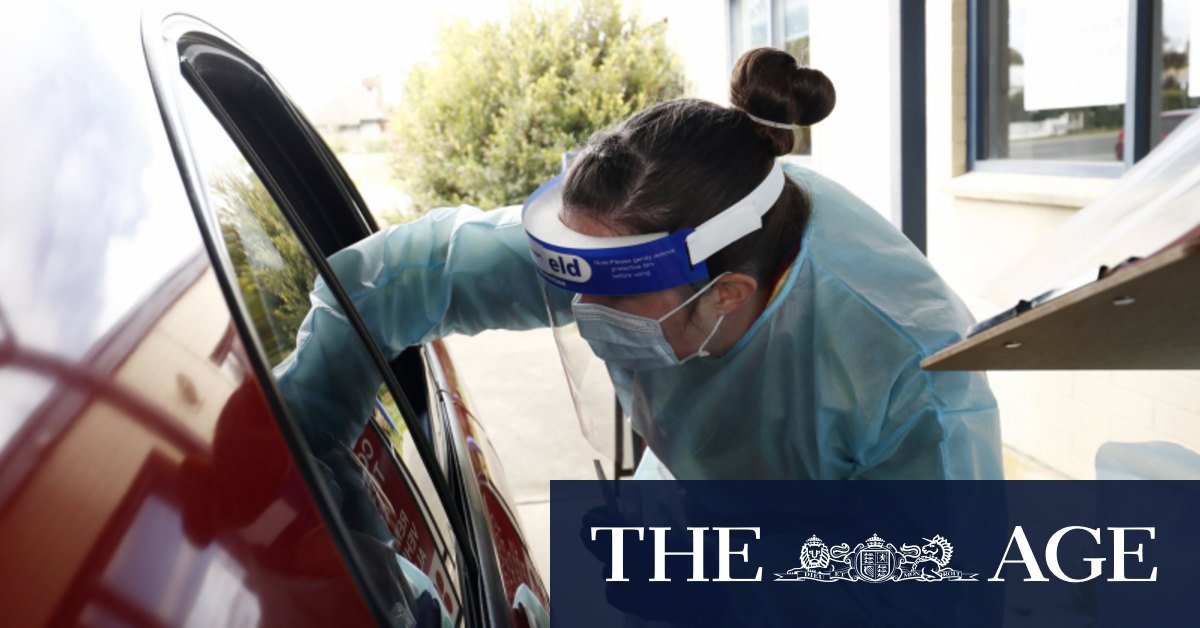 Tuesday’s death toll is the state’s lowest since August 15 when four deaths were reported.

Leading epidemiologist Tony Blakely predicts there will be about 30 cases per day when Victoria is set to move out of stage four restrictions on Sunday, September 13.

The University of Melbourne professor told Nine’s Today show it was too early for Victorians to see single-digit case growth by this weekend, despite some optimistic predictions.

Case numbers will likely decrease by about 10 per cent each day on average, he said, meaning single-digit daily case numbers would not occur until after September 13.

Professor Blakely acknowledged that Victorians, including himself, were fed up with stay-at-home orders but said reopening, even with as few as 30 new cases per day, was risky.

“You [can] resurge again and you get the cases coming back. So it’s really important to strike the balance here. I am sick of lockdown, we are all sick of lockdown, but we need to come out where we don’t have a wave coming in that will have us back in lockdown by Christmas.”

Professor Blakely said it was possible the state could open up and suppress cases effectively if testing rates remained high, businesses operated safely and people continued to wear face masks.

“There’s a lot of things that need to be done well. Contact tracing needs to be done much better by the Victorian government than previously has been the case,” he said.

“Us as citizens [need to be] using masks in those outdoor environments and be sensible and not have mass group gatherings. It’s a very different world, but it’s our reality.”

Premier Daniel Andrews will unveil his “road map” to reopen the state this Sunday, a week before Melbourne’s stage four lockdown ends.

He revealed on Monday that a traffic-light system of restrictions would be introduced with the aim of guiding the state out of its devastating second surge of coronavirus infections, in a substantial departure from the current staged method of restrictions.

Victorian man infected with COVID-19 on Jetstar flight to Brisbane

Border closures are in the spotlight, with Prime Minister Scott Morrison seeking an exit strategy on restrictions from Premiers at Friday’s national cabinet meeting.

But a Victorian man infected with coronavirus has been intercepted at Brisbane Airport “trying to get into Queensland illegally” and placed into quarantine, according to Queensland Premier Annastacia Palaszczuk.

Victorian health officials were aware the man was COVID-positive and were trying to track him down when he was stopped by police officers at Brisbane Airport.

“This goes to show how strong our border measures are and that they are working,” Ms Palaszczuk said.

“There will be some contact tracing on that flight … but just imagine if that person had got out into our community.”

The 48-year-old man travelled on Jetstar flight JQ560 from Melbourne which landed in Brisbane at 9.19am on Monday.