admin September 2, 2020 National News Comments Off on The mother of three on her last chance to beat blood cancer 42 Views 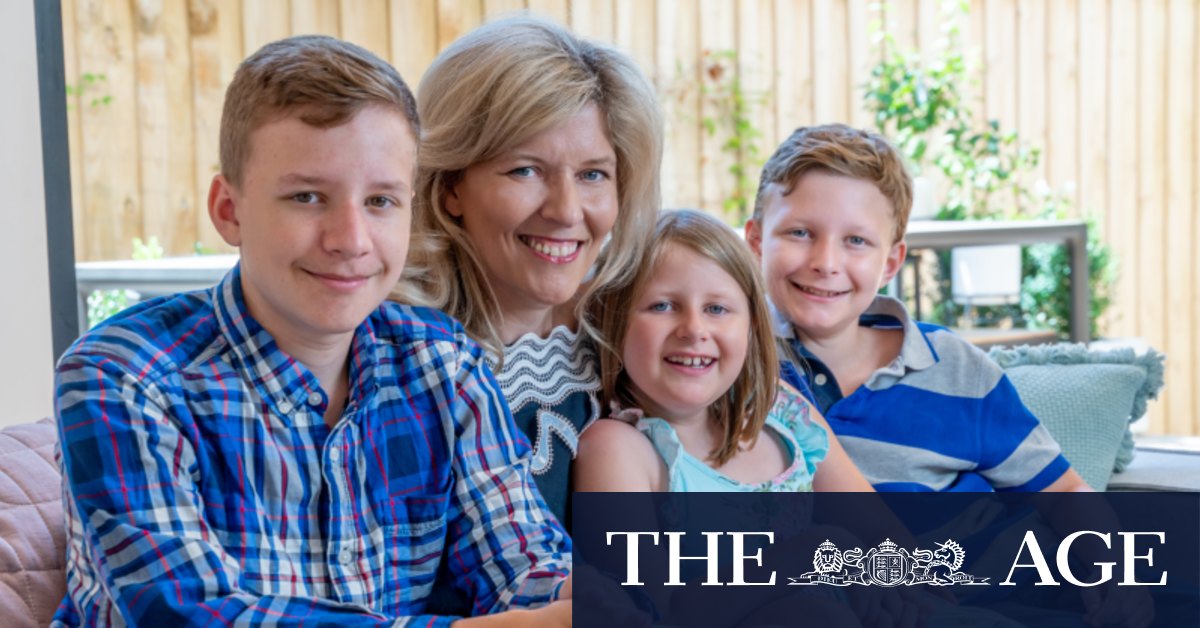 She underwent chemo and other treatments available in Australia at the time, all the while doing her own searches for any advances in treatment for her disease.

Eventually she found a clinical trial that was taking place in London which she managed to be selected for, but it required her to “commute” from her home in Melbourne several times a year, taking her away from her family.

“As a result of that trial I went into a four-year remission, with no detectable disease for three of those years, which was unheard of at the time,” she said.

“I lobbied hard to get that drug listed on the PBS in Australia and it eventually was, which was great for other people, but unfortunately pretty much as it was listed I relapsed and developed resistance to that drug.”

Seeking another treatment, Ms Sims again looked for a clinical trial to participate in, and this time found one closer to home.

“It’s being done through Peter Mac [the Peter MacCallum Cancer Centre in Melbourne]. I thought I’d have to apply for a trial in the US or something, I can’t believe I’ve got into one here,” she said.

Ms Sims starts her new treatment later this month and is hopeful it will be the treatment to finally put a line under her cancer.

In addition to fighting for her own treatment she has turned her advocacy towards helping others as well, as the only cancer patient to sit on the Blood Cancer Taskforce, which was set up by the federal government nearly a year ago to improve patient outcomes.

Ms Sims says in many cases it’s not doctors’ fault, as there are hundreds of different types of blood cancer, and new treatments are being developed all the time.

She says she is a strong advocate for patients taking control of their own treatment, and for a framework to be put in place to ensure all patients who are eligible to participate in clinical trials are offered the opportunity.

“It should be part of the process that whenever people with high-risk blood cancers are diagnosed that they immediately see specialists,” she said.

“I’ve had patients contact me who could have participated in clinical trials of cutting-edge treatments but they’ve kissed out on them because their doctors weren’t aware of them.”

Ms Sims is telling her story as part of Blood Cancer Awareness Month in September, as one of 110,000 Australians living with the disease.

Ms Sims is determined not to be one of them, as she’s made a promise to her children.

“She was two when I was diagnosed and told I had five years. So I will do intense, high-risk treatment to be there for them.”

6. Which English-speaking news channel was the first to be headquartered in the Middle East? …