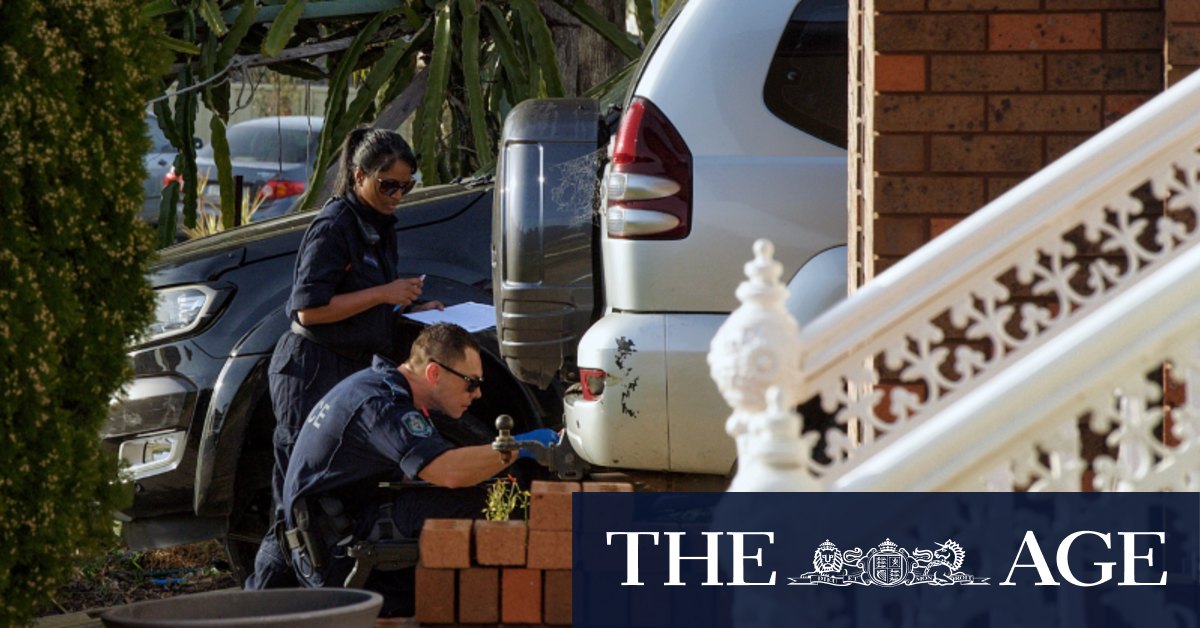 In a separate incident, emergency services were called to a unit on Columbine Avenue, Punchbowl, in Sydney’s south-west, before 8.45pm on Tuesday, following reports that shots had been fired.

Three people were at home at the time, but no one was injured.

Police have been told several people were seen leaving in a silver car.

No arrests have been made following either incident and inquiries continue.

The two events are the latest in a string of shootings across the city.

On Monday, Mark Shammo, 29, was shot in the leg and torso in Lakemba, in Sydney’s south-west, and was forced to take refuge in a nearby home. Four men, who fled in a white SUV, remain at large.

Emergency services were called after shots were fired at a home on Tarlington Parade, Bonnyrigg, in Sydney’s west, just before 11.30pm on Monday. Nine people, including two children, were at home, but no one was injured.

On Saturday, Fares Abounader, 39, was returning to his home in Panania, in Sydney’s south-west, shortly before midnight when an unidentified assailant sprang from the darkness and fired several shots.

He died at the scene.

Mr Abounader was a former ally of former Comanchero leader Mick Hawi and faced jail time over an airport brawl between rival bikies in 2009, which led to the death of Hells Angel member Anthony Zervas.

Hawi was shot dead outside a gym in Rockdale in 2018. Two men are facing trial for the alleged murder.

In a separate incident, businessman and father Mohammed Saab was shot in the torso and legs as he left his home in Turrella, in Sydney’s south, at 7am on August 26.