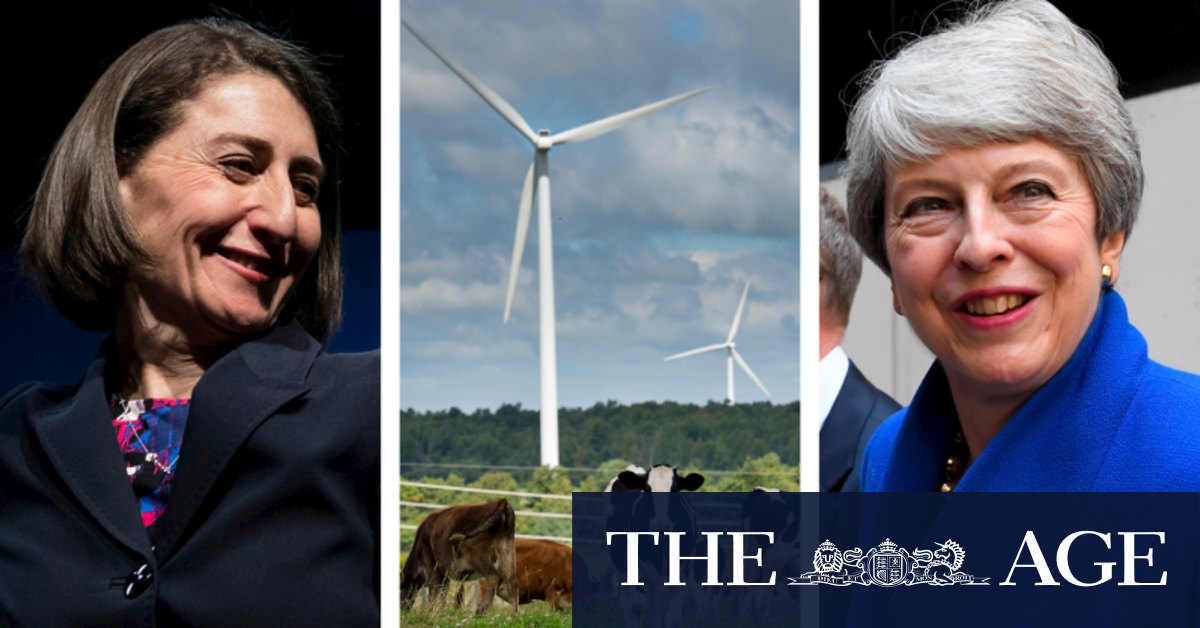 Though the NSW Coalition has adopted net zero by 2050 the federal government has rejected targets beyond a goal to reach net zero in the second half of the century in line with Paris Agreement commitments.

Ms May said while conservatives tend to support individual responsibility over state-sanctioned targets, in the case of climate change targets served to focus people’s minds and direct effort from a wide range of interests.

Ms May rejected the idea that governments had to choose between economic growth or climate change, saying government support for clean technologies had helped revitalise parts of the United Kingdom such as Grimsby, a former fishing community home to a high-tech wind energy hub.

“You can have both, and it is up to us as centre-right politicians to find that way forward,” she said.

Ms May said before the COVID-19 pandemic the UK had enjoyed economic growth while cutting emissions by 43 per cent.

Ms Berejiklian said it was “music to my ears” to hear Ms May argue for both economic growth and climate action, “demonstrating how a modern progressive democracy with a centre right government would lead in its emission policy but also seeing [climate policy] as a potential for economic growth.”

She said the disclocating impact of the pandemic had helped create an opportunity for more sustained action on climate change.

“During the recovery period there would be greater public focus on the need to address key issues such as climate change and less resistance to significant change,” she said.

“We’ve been so disrupted. We have all been part of a science-fiction move for the past eight or nine months. We all knew disruption was ongoing in the digital age, but it has been on steroids for the last few months and I think we fear disruption less and fear new technology less.”

Ms Berejiklian said there were opportunities for the creation of renewable jobs in parts of the state where traditional carbon intensive energy jobs were being lost.

“[Those communities’] main concern is not what they are digging out of the ground but whether or not they are putting food on the table.”