China moves on the program that makes TikTok tick

admin September 3, 2020 Business Comments Off on China moves on the program that makes TikTok tick 20 Views 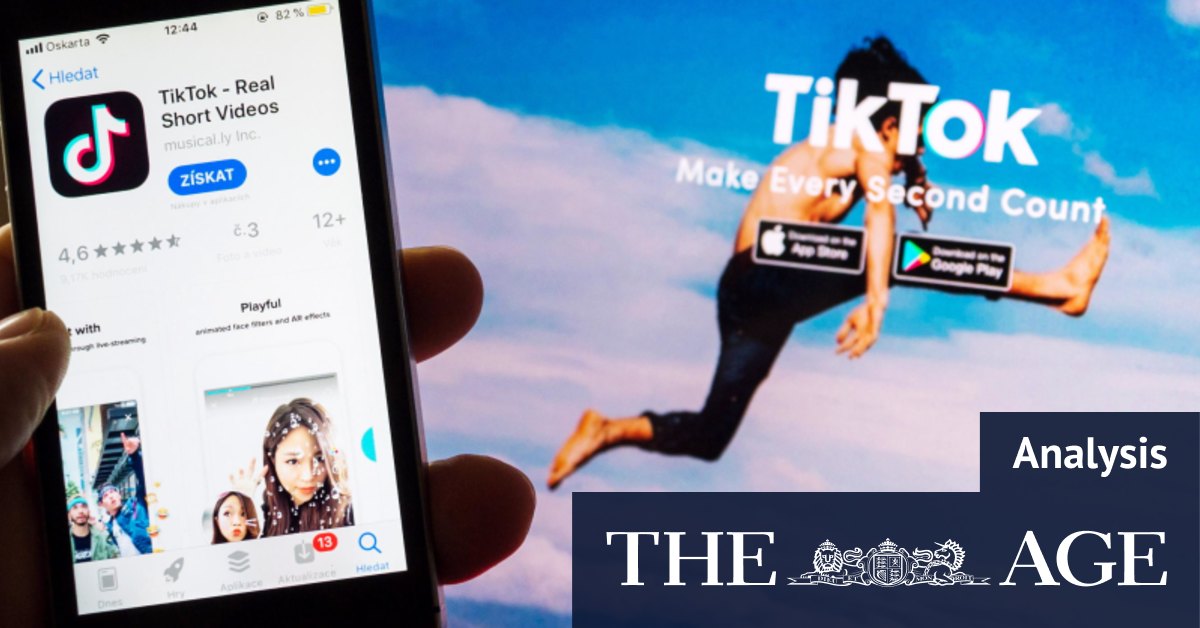 It’s the reason why the viral video app, which has more than 2 billion downloads globally, is so addictive.

The enigmatic algorithm has made TikTok a runway hit and helped build the careers of influencers, who find it much easier to grow followings on TikTok than rivals such as Instagram.

But as its owner, ByteDance, faces crunch talks over its future, the app risks losing the algorithm in its effort to keep a foothold in the West.

On Friday, the Chinese government introduced new export controls on domestic technology that would effectively take TikTok’s algorithm off the table in any potential sale to a growing circle of suitors.

The amendments, the first made to the list of controlled exports since 2008, have already caused problems for TikTok’s Chinese owner ByteDance and potential buyers, according to The Wall Street Journal.

The move comes in direct response to pressure from the US government, which has set a deadline for potential buyers to prise away the app amid fears that continued Chinese access to the data of American citizens threatens national security – something TikTok has repeatedly denied.

A failure to secure a deal by November 12 could lead to TikTok being blocked completely in the US. To further complicate matters president Donald Trump reiterated his claim this week that the US “has to be well compensated” for approving a deal.

With the recent departure of Kevin Mayer, its chief executive, will the hottest app in town survive the turmoil surrounding its sale?

Chris Beauchamp, chief market analyst at IG, a trading service, believes the algorithm’s absence from a TikTok deal could see a lot of people “turn up their noses at the prospect of buying it.”

Its artificial intelligence-based code recommends content by ranking videos after taking a number of factors into consideration such as the accounts a user follows, the videos liked and shared, as well as more granular detail including the captions, sounds and hashtags used on videos that a user spends more time on. Though other internet services and social media apps use algorithms to better understand what a user might want to see, enticing them to spend more time online, TikTok’s algorithm has been acknowledged as having an edge.

But Beauchamp doesn’t think that the removal of the algorithm will completely thwart TikTok’s chances of staying alive in Western markets.

China has been at the forefront of AI development and one of the reasons is it doesn’t have the regulatory restrictions that Western states have.

For one, potential buyers, which include the likes of Microsoft, Twitter, Walmart and a host of private equity investors, could see the app’s current user base as enough incentive to go all in. At present, the app has 100 million users in the US and over 800 million monthly active users globally, offering a massive, established market for it to generate income from.

“You have a huge user base and the capability of reaping rewards from that in terms of advertising,” Beauchamp says. He also suggests that the likes of Microsoft could have a crack at coming up with their own algorithm but that could be a trickier play.

Sophia Ignatidou, academy associate at Chatham House, believes part of the reason TikTok has had runaway success with its algorithm is because of a looser regulatory approach in China to AI development, coupled to the large population base in the country that can feed data into the algorithm and improve its accuracy when learning about people’s preferences.

“China has been at the forefront of AI development and one of the reasons is it doesn’t have the regulatory restrictions that Western states have,” she says.

Richard Windsor, technology analyst and founder of research firm Radio Free Mobile, believes the regulatory tactic from China could prove a “self-defeating move” that increases the likelihood of TikTok being shut down completely in Western markets.

China’s bid to keep hold of the algorithm mimics a move by the Trump administration to cut off Huawei’s access to chips for its smartphones and laptops.

The US brought in a rule that requires manufacturers using American tech to make chips to attain a licence before selling them to Huawei.

In effect, it cut off Huawei from the Taiwan Semiconductor Manufacturing Company which it relied on for its smartphones.

It looks like this regulation has been put in place specifically to hamper the sale of TikTok’s international operations, which I think could backfire spectacularly.

Windsor says the regulations on TikTok differ greatly to that of semiconductors used in the manufacturing of most consumer tech because the social network “can be replaced”.

“It looks like this regulation has been put in place specifically to hamper the sale of TikTok’s international operations, which I think could backfire spectacularly,” he wrote in a research note.

“At the end of the day TikTok can be replaced, which is a stark contrast to semiconductor manufacturing.”

Already, a number of rival firms have launched direct competitors to TikTok, most notably Facebook, which has rolled out its “Reels” feature on Instagram that looks uncannily similar to TikTok’s user interface.

Any number of alternative apps exist that will be ready to make a grab at TikTok’s users.

“If this is no longer available in the market, then the competitive landscape will shift and inferior offerings will be able to take up the slack,” he says.

“This is why Chinese regulators have done Facebook, Snap et al a big favour by increasing the probability that TikTok is banned in the USA like it is in India.”

Whether or not a deal can be reached by November with any one of TikTok’s potential buyers remains to be seen.

But what is clear is that few will have the capacity to knock-up an algorithm of the same calibre, putting TikTok in a precarious position.

Under plans floated before the new Chinese restrictions were introduced, experts suggested that a company like Microsoft would license the code behind the TikTok app and recreate the service from there.

Its algorithm is ultimately what keeps users coming back to the app, and what it needs to survive a sale unscathed.