admin September 3, 2020 Sport Comments Off on Jordan Thompson is set to collect his biggest US Open cheque – and he’s not done yet 42 Views 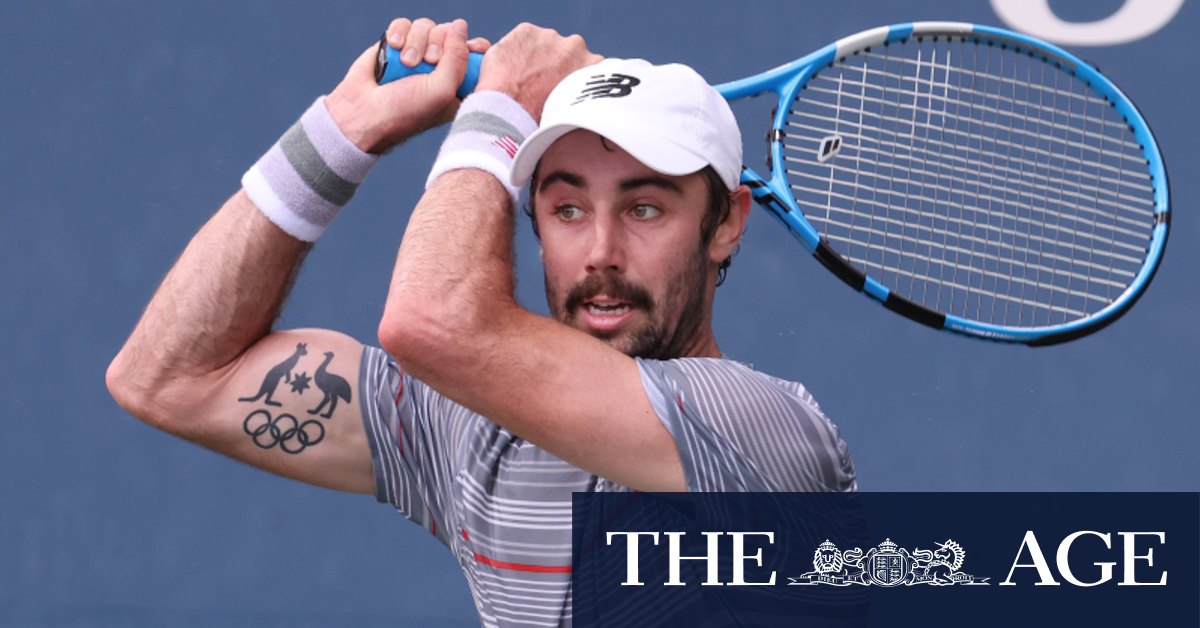 In the women’s draw, top seed Karolina Pliskova was knocked out in the second round, losing to Frenchwoman Caroline Garcia 6-1 7-6. The result leaves Americans Sofia Kenin and Serena Williams the top female players in the draw after world No.1 Ash Barty and No 2 Simona Halep chose not to travel to New York.

Pliskova had no answer to the power of Garcia who fired 30 winners to the Czech’s 13.

Pliskova went 5-0 down in the opening set and although she fought back in the second, Garcia dominated the tiebreak to advance.

“It was very close to going into a third set and I was ready for it. She didn’t play badly,” said Garcia, who celebrated her victory by running the breadth of the court with her arms outstretched.

“I stuck to my game plan and every point was very important. Now I can take confidence from a good win against a top player.”

Garcia will face American Jennifer Brady in the next round.

Czech Petra Kvitova overcame a bout of nerves and a rocky start to defeat Kateryna Kozlova 7-6(3) 6-2 in the second-round.

Sixth seed Kvitova was off her game early on, committing 20 unforced errors during the first set – twice as many as her Ukrainian opponent – as she struggled with her serve.

The twice Wimbledon champion committed a fifth double fault to hand Kozlova a break point and a 3-2 lead in the first set but recovered to save set point at 5-4 and eventually took the opener on a tiebreak.

She got back on track in the second set to break Kozlova’s serve in the first game before firing off consecutive aces and a pair of winners en route to a 2-0 lead.

A relieved Kvitova, who dropped only one point on serve in the second set, wrapped up victory with a powerful serve that a beleaguered Kozlova was unable to return.

Kvitova, who reached the quarter-finals of the Australian Open in January, said that winning the tiebreak and getting the break at the start of the second set helped her relax.

“In the second set I think I really played a good one. I served much better. You know, I was hitting clearly not that many mistakes,” she said.

The world number 12 has had little match practice since the sport returned from its lengthy suspension due to the COVID-19 pandemic.

After a first-round bye, she lost in the second round of last month’s Western & Southern Open, for which Flushing Meadows served as temporary host this year.

The 17th-seeded Angelique Kerber moved into the third round Wednesday with a solid showing that brought some much-needed confidence, with a 6-3, 7-6 (6) victory over Anna-Lena Friedsam.

No.4 seed Naomi Osaka cruised through to the third round, beating Camila Giorgi 6-1 6-2.