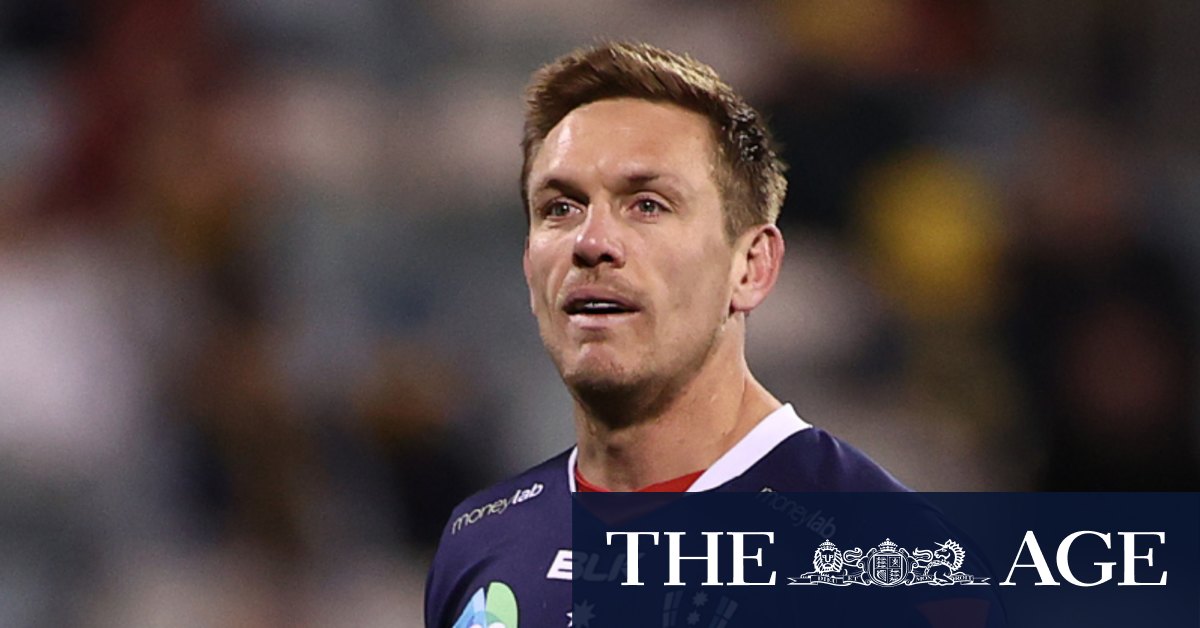 Experienced centre Billy Meakes has been promoted to the starting side, Tom Pincus will start on the wing, while Australian sevens outside back Lachlan Anderson will make his debut off the bench.

Flanker Richard Hardwick has also earned a start in the No.7 jersey ahead of Brad Wilkin who has been performing well.

“Going into what is effectively a play-off game, we felt the experience of someone like Dickie [Hardwick] gets him the nod ahead of Brad Wilkin,” Rebels coach Dave Wessels said.

Wessels is confident his side will roll with those changed roles considering 19 players have made their debuts for the club in the 10-week competition.

“It’s really nice to have Dane’s experience back in the team,” Wessels said.

“All week at training he has added a calming voice and we’ve missed him. We’ve played most of the season without him, so it’s nice to have him back.

“Reece Hodge has played really well at 15 [fullback] so it wasn’t an easy decision but Magnay is ruled out. He’s available next week but because of that we decided to move Hodgey to 13.”

Wessels said Fa’amausili’s injury was a blow but he still hoped the prop would play in next week’s final should the Rebels win this week.

“Pone tweaked his hamstring. He made a huge line break at training then tried to chip and chase to the corner thinking he was [former All Black] Christian Cullen,” Wessels said.

“He has got a very minor hamstring awareness, he will probably be ready again next week.”

The Rebels have missed a few opportunities at making finals in past years but Wessels is confident his young side can seize their moment on Saturday.

“There is no time for excuses now, we are at the business end of the comp,” Wessels said.

“We feel like if we can put a good performance on and go on to win this comp, which is what we set out to do in the first place.”

Meanwhile, the Queensland Reds have made a couple of changes to their starting XV for a top of the table clash with the Brumbies in Brisbane.

Jordan Petaia will start at outside-centre after Josh Flook was ruled out following surgery on a dislocated shoulder. Chris Feauai-Sautia comes onto the wing.

Harry Hoopert will start at loose-head prop this week over Jack Straker but otherwise the Reds have named a largely settled team and will be looking to exact revenge after going down 22-20 to the Brumbies in Canberra in round five.

Petaia will be be marking Wallabies teammate Tevita Kuridrani who returns at No.13 after a couple of weeks out.

The Brumbies have called in a couple of other big guns with hooker Folau Faingaa named to start and halfback Nic White set to wear the Brumbies No.9 jersey for the first time since 2015.

A back three combination of Tom Wright, Andy Muirhead and Tom Banks remains in place.

“It’s great to be able to recall players with so much experience into the side this week,” said Brumbies coach Dan McKellar. “Whitey has been great for the group since returning and the likes of Folau and Tev have been training really well over the past couple of weeks and have earned their place in the team.”

The Brumbies (first) and Reds (second) have already cemented their finals spots and know there is a decent chance they could meet in the Super Rugby AU decider on September 19.