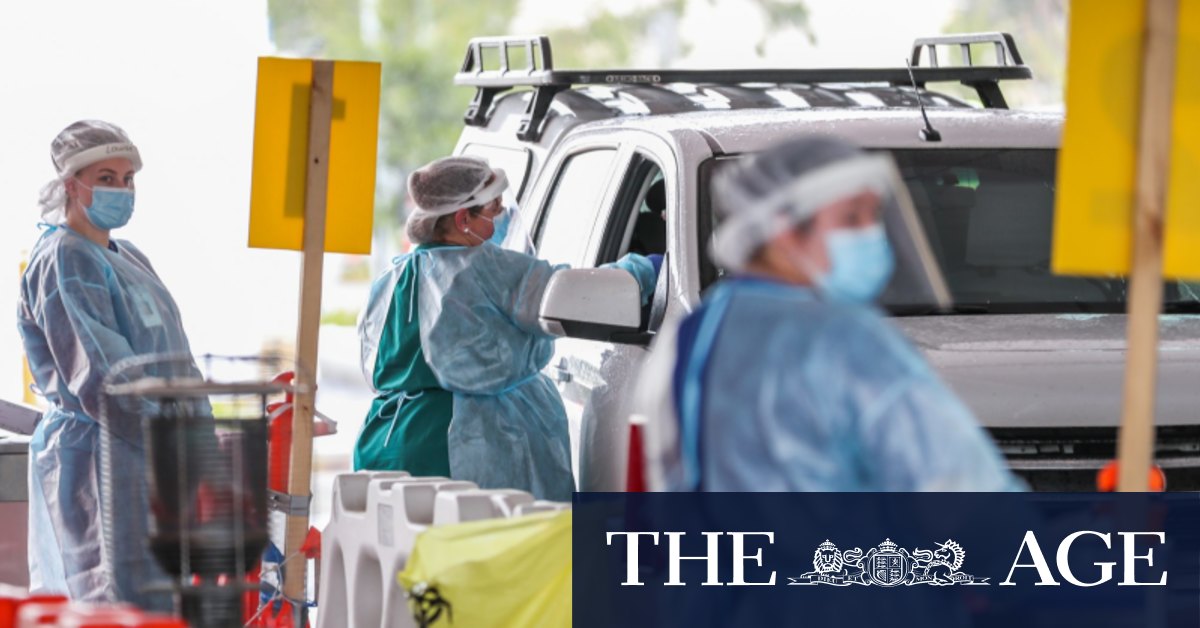 A new report released by think tank the Grattan Institute says Victoria’s daily infection rate would almost certainly drop to zero if the city could bear another eight weeks of lockdown, calling on state and federal governments to set a target of zero daily infections.

Its lead author, health economist Stephen Duckett, said this would be achievable only if authorities were able to get on top of the virus in high-risk settings such as hospitals, aged care, abattoirs and public housing.

“We’ve known from the start that these are places to worry about,” Dr Duckett said.

Without improving infection control measures in these environments, he said, “you won’t get the [daily] numbers under 20”.

Going for zero would cause further short-term pain, the report argued but would be better for the economy in the long term than allowing the virus to circulate at low levels.

“The payoff will be greater freedom on the other side. Getting to zero means life can return to closer to normal, with a substantially reduced risk of future outbreaks,” it said.

But holding cases at zero may present an even greater challenge than getting there in the first place.

The state recorded fewer than five cases a day for parts of June. But it took just a few breaches of hotel quarantine to seed the state’s second wave – despite Victorians doing better at social distancing than any other state at the time.

University of Melbourne epidemiologist Tony Blakely said that efforts to drive down Victoria’s numbers may be stalling due to a failure to stamp out hospital and aged care outbreaks.

There were still 337 active cases of COVID-19 among healthcare workers on Thursday, including those working in aged care.

“If we cannot bring that down as fast as general population counts, we may struggle to consistently get less than 50 [new cases] per day,” Professor Blakely said.

Contact tracing would shift from Victoria’s Health Department to local hubs under the proposal.

It is based on work by the Burnet Institute, which has devised a model that harnesses the knowledge of councils and health and community groups to swiftly begin contact tracing and provide support to infected locals.

The model has been adopted in regional areas such as Geelong, which was the first contact tracing centre established outside of Melbourne.

with Liam Mannix and Dana McCauley