admin 3 weeks ago Business Comments Off on ‘Wall Street wants a winner’: Contested US election would rock markets 27 Views 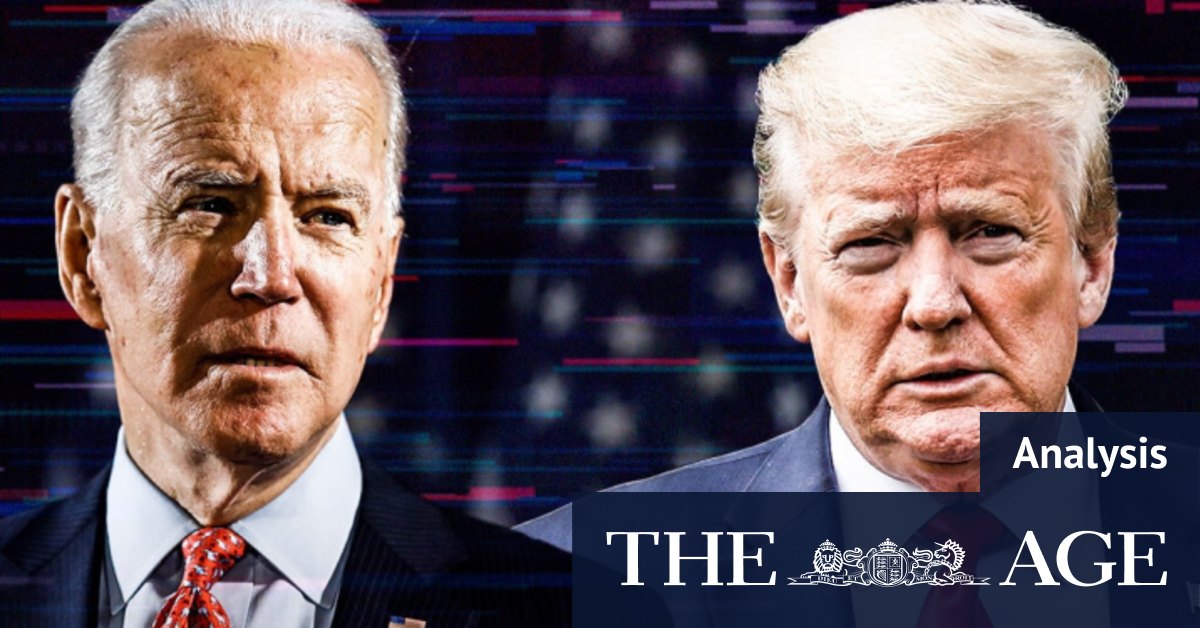 In the meantime, overall stock prices declined approximately 10 per cent, according to data first compiled by the economist Alfred Cowles.

But there’s little evidence to suggest this drop was tied to uncertainty over the election. While The New York Times noted in its coverage that “politicians, like stock gamblers, are divided into two classes – ‘bulls’ and ‘bears,'” the newspaper and virtually all others covering these events viewed politics and finance as effectively separate, and unlikely to influence one another.

Back then, presidents had far less influence over economic policy, so the stakes were simply lower for market watchers. Likewise, there was no round-the-clock, blow-by-blow coverage of Tilden versus Hayes. Traders didn’t have much information about the backroom machinations that eventually resolved the election, and they didn’t seem to pay it much attention.

Lessons from Bush versus Gore

The same, of course, cannot be said of the more recent contested election. In 2000, George W. Bush and Al Gore squared off. The morning after everyone voted, all eyes turned to Florida, where hanging chads left the outcome in doubt.

The market was not pleased. “Wall Street wants a winner,” declared The New York Times two days after the election. The Nasdaq took the deepest dive at first, plunging 5.4 per cent. But other sectors endured far less dramatic declines, reflecting optimism that the whole business would be settled pretty quickly.

No such luck. Three days after the polls closed, Democratic candidate Al Gore gave a pugnacious interview, making it clear that he wasn’t going to throw in the towel without a fight. Share prices swooned, and a trader interviewed by The Wall Street Journal described the crux of the problem: “The market doesn’t like not knowing who the Leader of the Free World is going to be.”

The statement neatly captured how traders transform this abstraction we call the market into a sentient being that has, well, feelings. With all this talk of litigation, refusals to concede, and other electoral saber rattling, the market was starting to feel unwell. Indeed, by the end of November, the S&P 500 had plunged close to 10 per cent; the Nasdaq had plummeted 19 per cent.

The market doesn’t like not knowing who the Leader of the Free World is going to be.

Trader interviewed in The Wall Street Journal in November 2000

But the ride was not a straight shot down. Instead, traders spent the last three weeks of November glued to their screens, watching every twist and turn of the recount. At one point, rumours circulated that Gore was going to throw in the towel; the markets quickly rallied. He emphatically dismissed them on television – and stocks dropped another 5 per cent.

The entire period turned into an object lesson in risk and uncertainty as described by the economist Frank Knight in 1921. His key point can be boiled down to the contrast he drew between “measurable risk and unmeasurable uncertainty.” The first could be calculated and a wager made based on the odds; the second was a genuine shot in the dark.

The electoral uncertainty posed the latter problem. As Bush and Gore slugged it out over the course of November, traders quickly recognised that there was no real way to make a calculated bet on the outcome. Is it possible to count Supreme Court votes during an unprecedented crisis? What if an exhausted poll worker studying paper ballots miscounts the recount? The markets reacted predictably, if badly.

In fairness, some of the declines in the market reflected the fact that investors began spending more time and energy on corporate earnings and other conventional sources of data. But this scrutiny could also be interpreted as a shifting of anxiety about an uncertain election to the more familiar terrain of measurable risk.

When the Supreme Court issued its controversial decision in Bush v. Gore, the markets quickly rebounded. And not long afterward, they resumed a gradual decline, bottoming out a couple years later. But the downward drift was an understandable reaction to the growing tide of bad economic news that began accumulating in the new year. This was risk, not uncertainty.

A sitting president with a penchant for divisive rhetoric, conspiracy theory and litigation. A challenger preparing for a protracted fight. A market that is rallying despite lockdowns and Covid-19, but capable of historic swings. A media environment driven by late-night presidential tweets and continuous coverage on cable news.

It’s a recipe for maximal uncertainty, though investors can’t say they weren’t warned.

Stephen Mihm is an associate professor of history at the University of Georgia.