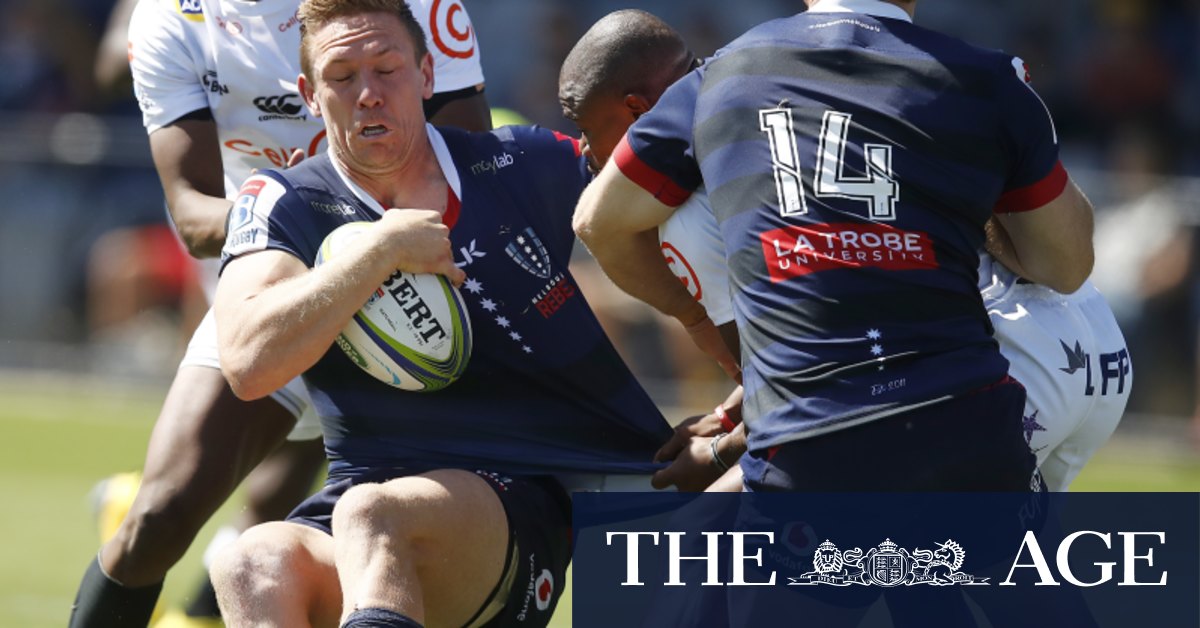 “The good thing is our destiny is in our own hands,” Haylett-Petty said.

“We know what we have to do and we are confident if we play well, we can beat anybody.

“It would be amazing for us to give that back to our fans and staff who have supported us for a long time and it’s been a bitter pill to swallow the last couple of years where we have come so close and not been able to finish that off.”

But if the Rebels miss the finals, players like Haylett-Petty who are in the frame for Wallabies selection will face a dilemma about what to do.

If they head home to Melbourne, they could find themselves possibly unable to fly back to Sydney or Brisbane should the Wallabies go into training camp. Plans for the Wallabies keep changing due to COVID-19 issues.

“It’s been so hard to plan anything for all the boys,” Haylett-Petty said.

“No one knows who will be picked in the Wallabies squad and, at the moment, we can’t really go back to Melbourne.

“There is a bit of uncertainty but we are starting to get used to that now.

“Our full focus is to win this competition and keep playing for the next few weeks. The scenarios will start to unfold by then. I know a lot of the planning they have done had to change so I don’t think a clear plan is in place just yet.

“The boys who do get selected in the Wallabies, for them it will be six months on the road if the Rugby Championship goes ahead.”

Haylett-Petty hasn’t heard much from the Wallabies coaches due to his injury, so having this game and two finals matches would be very helpful in pressing his claims for selection.

The Rebels captain and star five-eighth Matt To’omua are the only Melbourne players who qualify to take a sabbatical season overseas but they have yet to look at their options.

“We haven’t talked about it too much. We are definitely waiting for a call to be made about what next year looks like,” Haylett-Petty said.

“That should happen soon, there should be a competition in place and a broadcast deal – things are starting to look pretty good.

“Matt and I are both excited with the talent that has come through and the position rugby in Australia is at.”

With the future up in the air, Haylett-Petty and his Rebels are happy to take it one week at a time, especially as this Saturday’s game is an afternoon clash in Newcastle.

The Rebels skipper would like to see more afternoon footy in Super Rugby.

“To play Saturday footy in the sun and barbecues going, it’s something I would like to see more of,” he said.

The Rebels play Western Force in Newcastle on Saturday at 3pm AEST.