Right whack: Tigers didn’t have a leg to stand on

admin 4 weeks ago AFL Comments Off on Right whack: Tigers didn’t have a leg to stand on 10 Views 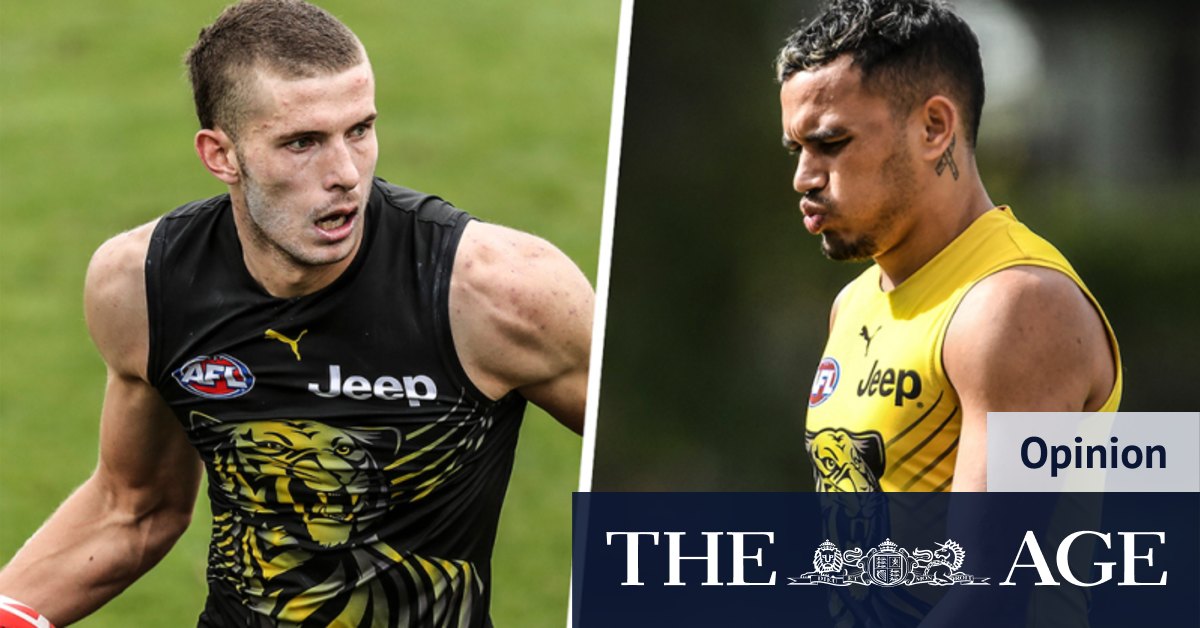 Uber rides are more automatic suspensions this year than a punch to the guts on the field.

Their misdemeanours were both an escalation of what had happened at other clubs – Collingwood’s Steele Sidebottom (four games) having been the mid-season COVID clubhouse leader, only to be surpassed by Swan Elijah Taylor (six games in effect) – and an escalation of Richmond embarrassments, which their chief executive Brendon Gale acknowledged as “mistakes” that the Tigers had made over recent months.

The 10-week bans and $100,000 fines were exactly what one would have forecast (the same suspensions as Jaidyn Stephenson’s gambling ban last year), given the nature of the offences and the political climate in recent days, when the AFL and Gillon McLachlan have been under attack for what were seen as special, unwarranted privileges in Queensland, even copping a sledge from the hitherto footy-friendly treasurer Josh Frydenberg.

McLachlan is feeling the pressure, in a parlous season held together by an astute shotgun partnership with the Queensland government. If the Tigers have fought the AFL on the issue of the soft cap cuts, they were not about to mount a strong defence of themselves or the offending players, given the stakes.

Richmond intend to make the players pay the $75,000 balance of the $100,000 fine, a condition that the players must agree to, given the code of conduct for players limits fines to $5000. In any case, they are blessed to have contracts and to avoid the sack. The Crows, incidentally, have an interest in Coleman-Jones, as a South Australian.

For the Tigers, the worst fallout of this fiasco is not the suspensions to Stack and Coleman-Jones, neither of whom was in Richmond’s best 22 right now, despite Stack’s talent.

Far more damaging is the fact that the Tigers have lost $100,000 from their soft cap on football department spending. As Gale virtually conceded, this could well mean shedding a job, or jobs within their football operation – unless they wish to cop a hefty tax.

But the damage to the club’s reputation, and to the fragile concept of Richmond exceptionalism is surely more painful again. Gale clearly understood this, as he admitted that the club brand had been dented. “Their actions are inconsistent with what we stand for,” he said.

Gale has built a mighty club. The Tigers remain every chance to win what would be their third flag in four seasons. They have turned into a serious money-maker, and have – to this point – much to be proud about. No team is better coached, none has recruited more adroitly without access to high picks.

But the notion that the Tigers are some kind of moral force within the community, over and above other clubs – as the club that succeeded with overlooked Indigenous talent such as Stack, that fostered better relations with the Muslim community via Bachar Houli and showed what a female president could achieve – is undermined by this lapse, which will be viewed as the culmination of a hubris outbreak in 2020.

Today, they look more like an old-fashioned football club – with the standard quotient of badly behaved players – than a paradigm of cultural progress.

Trent Cotchin and his wife’s hub travails were hardly crimes, but they bespoke some level of entitlement. The antics of players around Mabior Chol were juvenile. And Damien Hardwick, in defending Tom Lynch – which is fair enough for a coach – was graceless in questioning the courage of a commentator (David Schwarz) who had endured three knee reconstructions and seen his father murdered as a child.

Richmond are a great footy club. Tiger fans have much to celebrate. But this escapade by hub escapees represents their nadir since the club’s rise to superpower.