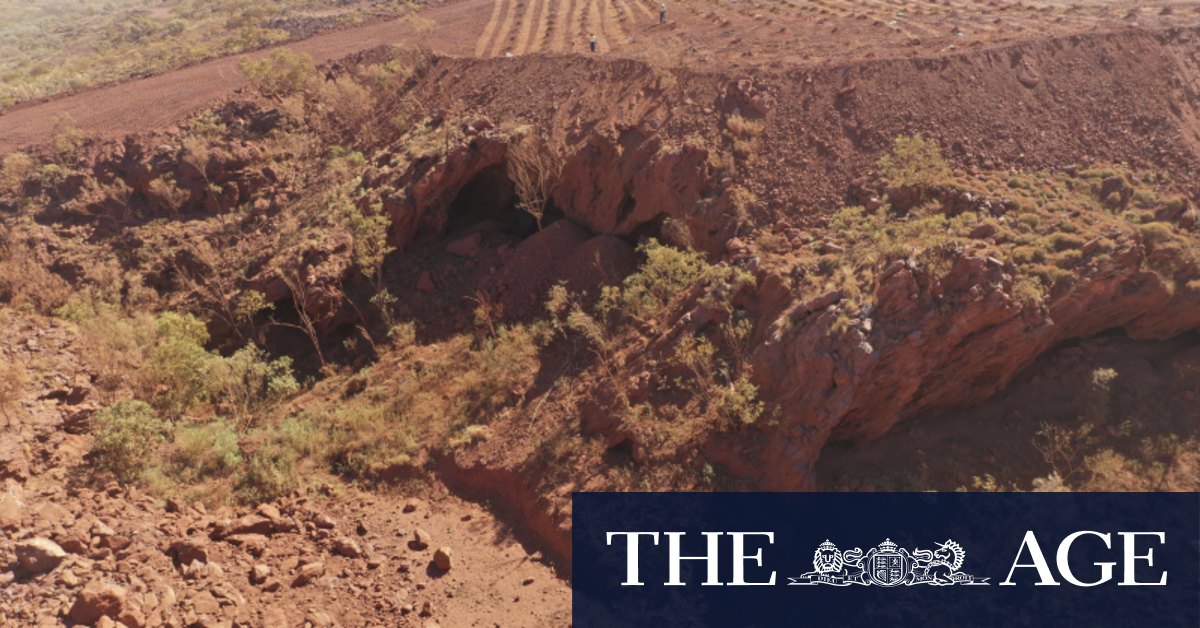 When Mr Salisbury joined the call, he queried mitigation measures to protect nearby potential heritage sites and requested there be a review of the company’s systems to identify additional concerns.

The conversation then turned to whether the company was legally vulnerable.

“N Tole confirmed that Rio Tinto is legally covered in respect of the Juukan Rockshelters under the existing section 18 consent,” the notes read.

Communities and communications general manager Ainslie Bourne then said that, while litigation risk remained, relations with the PKKP had stabilised in that week.

The minutes revealed Rio Tinto knew the PKKP intended to distribute a press release about the gorge, but the participation agreement signed between the two parties contained a non-disparagement clause and they would prepare a “reactive” media statement if necessary.

“The respect (sic) legal teams have spoken. Our position is
that our Participation Agreement includes a non-disparagement clause,” the minutes said.

The blast eventually took place on May 24 and on May 25 the PKKP released a statement slamming Rio Tinto for proceeding with it despite knowing of the site’s cultural heritage value.

The parliamentary inquiry has shone a spotlight on gag clauses in land use agreements between miners and traditional owners that stop them from publicly opposing mining activity.

Responding to questions on notice from the parliamentary committee, Rio Tinto also refuted claims from former chief executive Sam Walsh that he had ordered the ancient shelters to be preserved as far back as 2013.

Mr Walsh said he had contacted former colleague Greg Lilleyman earlier this year, who had confirmed the accuracy of his memory of events.

However, in a letter dated last month, Mr Lilleyman told Rio he disputed this.

“A few weeks ago, I bumped into Mr Walsh … we had a brief conversation during which Mr Walsh commented that he had issued an instruction that Juukan Gorge should not be mined,” Mr Lilleyman’s letter said.

“I did not confirm that this was also my recollection, as it is not.”

Reflecting on the timeline of events, Mr Lilleyman’s letter continued, it “cannot have been the case that I would have received or even been aware of such an instruction, given he had departed the iron ore division in 2013, attended business school in the United States, and relocated to Brisbane in January 2014 to work in Rio’s technology and innovation division”.