The dismal US economy could be Trump’s secret weapon 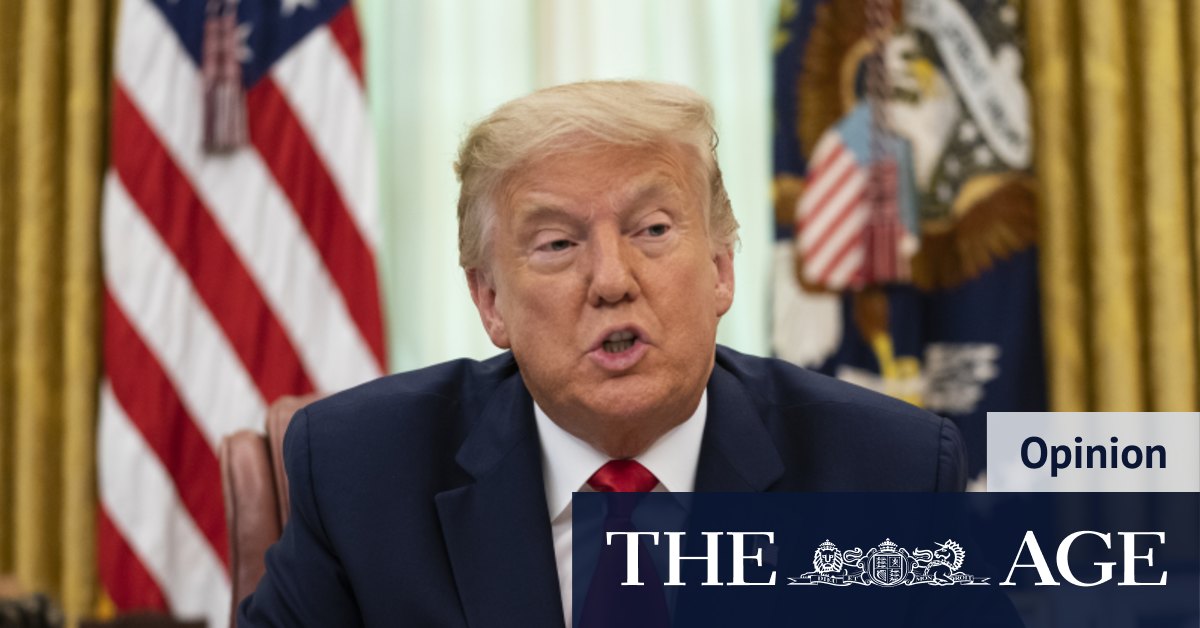 Part of Trump’s lead on economics is due to the economy’s pre-pandemic strength. Voters remember the historically low unemployment rates, including for black and Hispanic populations. It is more difficult to blame the president for a downturn that was triggered by a virus originating in China that rocked most economies worldwide. Especially because, in many voters’ eyes, Trump was less keen than Democrats on the lockdowns they think exacerbated today’s problems.

Nobody would go so far as claim that the ongoing economic struggles are “good” for Trump, obviously. But what’s remarkable is how little evidence there is that the economy is harming him. What ultimately makes Biden the clear favourite still is not Americans’ economic pain, but Trump’s handling of the pandemic and personal conduct.

This also explains why many voters might prefer Trump on economics. Who do you want to lead you out of a downturn? The guy who oversaw a booming economy before the virus hit, or an opponent promising huge new spending, higher taxes, and vast government regulation of labour markets?

For Americans, a nation with a deeper scepticism of government anyway, Democratic claims the economy was a wreck before COVID-19 ring hollow.

Now Joe Biden is no socialist, however much Trump paints him as one. But Biden’s agenda would constitute a sharp shift Left for economic policy. The former vice president wants the election discourse to be a referendum on Trump’s character and judgment, which has seen the president lose support among the high turnout elderly. But the Republicans can rightly claim that a big government economic agenda lurks behind the Democrat’s stated focus on “the soul of the nation”. By my reckoning, Biden’s official manifesto would add around five percentage points of GDP to government spending per year. It would embolden unions, stamp down on gig economy work, create a raft of new welfare state programmes, broaden government provision of healthcare and overhaul the energy industry. Add to that Biden’s musings about the possibility of a national lockdown and there’s enough there for many Americans to fear.

Nor is it easy for Democrats to claim Trump has not provided enough economic relief during the pandemic. Whatever you think about the wisdom (or indeed legality) of the measures, the administration has not taken a laissez-faire approach during this crisis.

They went along with the massive $US2.2 trillion ($3 trillion) bill for businesses and households. They recently announced (using public health authority) a temporary halt to evictions from rental properties. And, with Congress gridlocked, Trump’s administration unilaterally extended elevated unemployment benefits (albeit at a lower level than Democrats wanted) as well as a payroll tax holiday akin to an employees’ national insurance cut for most workers until January.

Nobody would go so far as claim that the ongoing economic struggles are “good” for Trump, obviously. But what’s remarkable is how little evidence there is that the economy is harming him. What ultimately makes Biden the clear favourite still is not Americans’ economic pain, but Trump’s handling of the pandemic and personal conduct.

Even so, in the past month or so Trump has made up some ground. The Real Clear Politics polling averages show a tightening through July and August, as violence and protests in Democratic cities has given Trump the opportunity to declare himself the “law and order” candidate.

COVID-19 has rocked dense metropolitan areas where professionals live and spend. The fact rents are down for single-bedroom apartments by 10 per cent or more in New York, San Francisco, Washington DC, and San Jose, gives an indicator of the economic carnage hitting cities.

Yet violent protests alongside Black Lives Matter and Antifa activity in many cities has allowed Trump to highlight the role of lawlessness in making cities unpleasant places to be right now. The more radical elements on the streets gave the president the chance to reframe himself as the defender of American values, norms, and order, as opposed to the president who has himself played fast and loose with the rule of law and exacerbated divisions.

As a result, Trump is still in this race and it is extraordinary that such a significant economic downturn appears to be putting so little drag on his prospects. What’s more, the timing of official statistics could give the president a final, late economic election boost too.

One consequence of a sharp contraction induced by vast shutdowns in second quarter will be a large rebound in the third quarter. Though this will be far from a full recovery, Trump will feasibly be able to say that the quarter represents the fastest growth on record, just days before polling day.

His narrative will then be: why risk the recovery?