Breaking News
Home / Federal Politics / After two years without Facebook, I won’t be back

After two years without Facebook, I won’t be back

admin 3 weeks ago Federal Politics Comments Off on After two years without Facebook, I won’t be back 15 Views 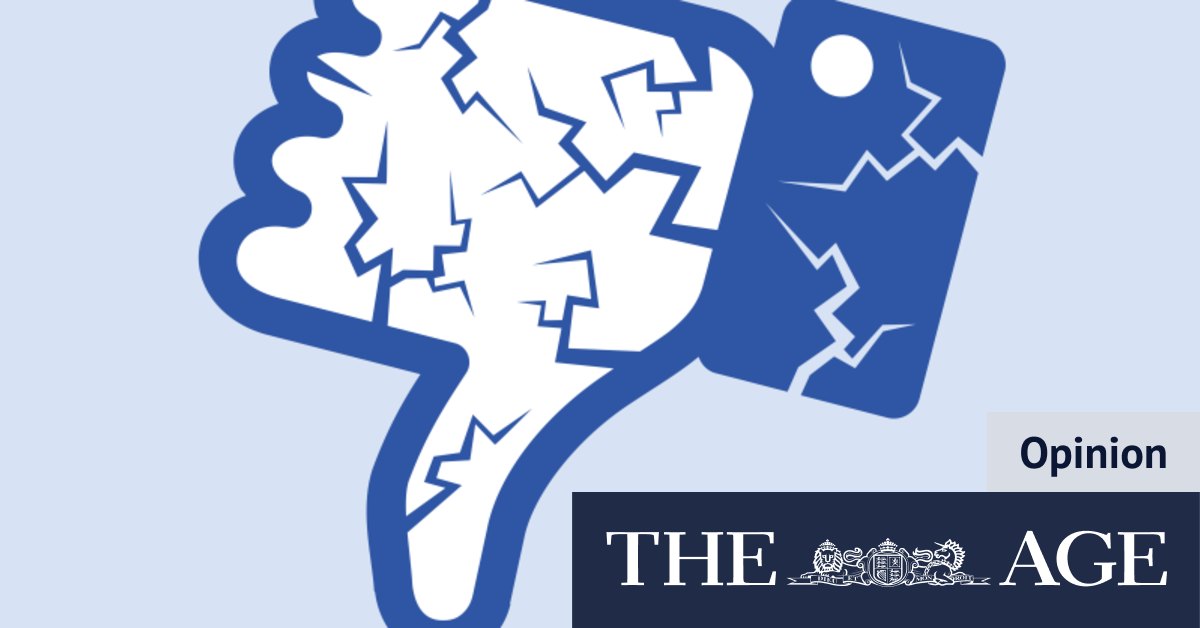 I quit Facebook in March 2018 when the Cambridge Analytica scandal was in full swing and now I won’t be back.

No one who acknowledges the role of news in a functioning democracy can reasonably believe removing the fourth estate from the country’s most popular social media service is in anyone’s best interest except Facebook’s.

We are in the middle of both a pandemic and the worst economic recession in 90 years. This has left many Australians out of work, businesses closing and has also hurt news outlets’ advertising revenue and pushed many journalists into redundancy.

To make matters worse, conspiracy theories are rife online and social media has served as a lightning rod for anti-vaxxers, anti-maskers and anti-5G groups who are growing more vocal in their disregard for facts. Turning easy access to news on Facebook into a bargaining chip with policymakers is irresponsible and short-sighted.

At the beginning of last year I met with Facebook’s local boss Will Easton for an article about whether the site had made Australia a better place (the jury was out). Easton was optimistic about the things civically-minded people had used the website to achieve. I accepted then, and still do, that Facebook can be used for good. There are obvious benefits to finding like-minded people online, sharing viewpoints with those you might not otherwise meet, and using the power of the crowd for charitable efforts.

I further accept people don’t typically go directly to Facebook for the sole purpose of reading the news. However, a substantial proportion of people now get much of their news content this way by sharing links and discussing current affairs with each other. This is obviously helpful for some media companies looking to grow their audiences and advertising revenue but it also contributes to what makes social media more engaging.

With all this in mind, Facebook’s shot across the bow is a clear misfire.

The federal government does not take kindly to the strong-arm approach, particularly from a tech titan paying little tax in Australia, and Treasurer Josh Frydenberg has criticised the tactics as “coercion”. The Australian Competition and Consumer Commission tsar Rod Sims, who has led the charge globally on regulating Facebook and Google, has also proven he will stick to his guns on this issue.

Facebook is an $860 billion international giant that has loudly criticised plans for a code in Australia for months, perhaps concerned other countries struggling with how to regulate the digital giants might look to impose similar restrictions. But now the charade the website is a neutral player has been completely stripped bare by its willingness to so obviously prioritise commercial wants above the interests of millions of Australian users.