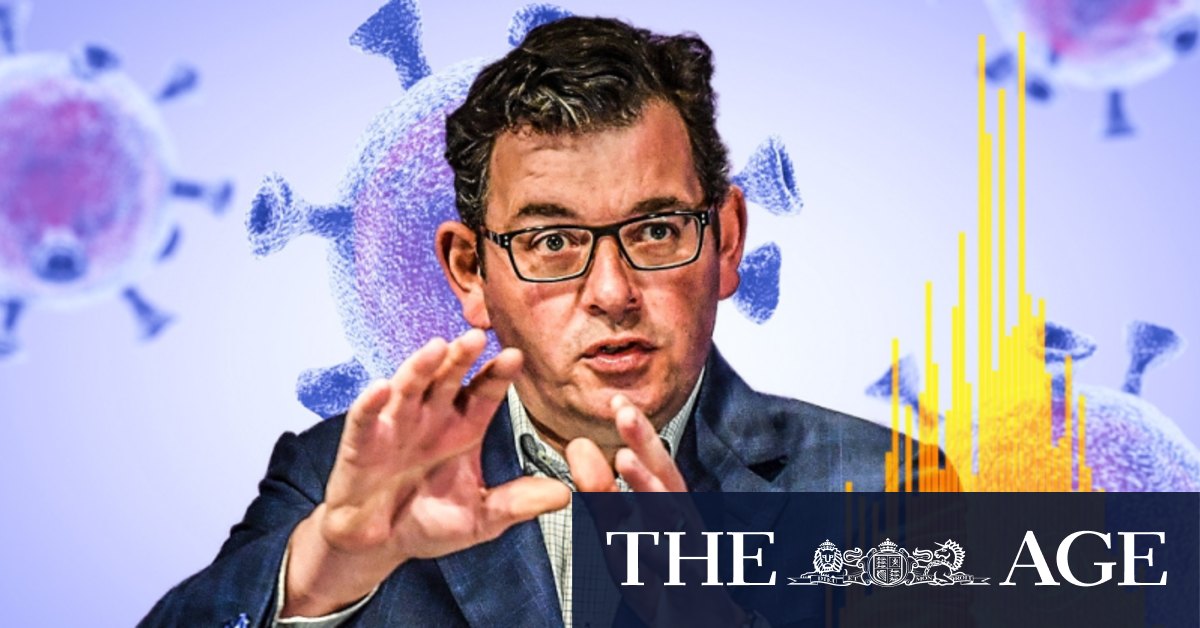 Catherine Bennett, chair in epidemiology at Deakin University, questioned the assumptions that underpinned the road map modelling, saying lack of clarity from the government made it difficult to assess whether the predictions were relevant.

“The model is one that’s based on – I think, because we weren’t actually told this – that the assumption is [if] you basically open up and you have no restrictions, you have an unmitigated outbreak,” she said.

“They should have told us that, because that’s quite critical to understanding the relevance of the model … Models are imperfect but they can be useful, but in this case it really depends what was modelled, and we weren’t even told that.”

Jodie McVernon, director of epidemiology at Melbourne’s Doherty Institute, said the state government provided “quite scant” detail of the modelling.

“There was very little detail of the modelling that was presented yesterday and I think it was probably disappointing that we didn’t hear more of a description of what the locations of infections were … and how the active case numbers were being mapped to the triggers and thresholds,” she said on ABC Radio National.

Professor Bennett said she was surprised the government did not use data on the more than 19,000 infections in the state – including the way the virus was being transmitted and in which types of settings – to better tailor the easing of restrictions.

“I heard the Premier saying ‘we don’t need to know where infections are, we need to know the risk’, but that’s absolutely how epidemiologists work out what the risk is – they look at our history, at where cases present [in different workplaces and settings],” she said on ABC radio.

“No one would have argued with a complete opening up … but the question then is … is [this] the smartest way ahead that gives us the public health protection we want, but also gives us as much opening up possibility, not immediately but in a step process.”

Professor McVernon said the case thresholds for reopening in later stages, which effectively require zero cases for a fortnight, would be difficult to achieve and were not being achieved in NSW where restrictions were much looser.

She said the government needed to demonstrate how the improvements it claims to have made to contact tracing and infection control in healthcare settings were factored into the path out of lockdown.

Professor Bennett and Professor McVernon both believed the case thresholds for reopening in later stages, which effectively require zero cases for a fortnight, would be difficult to achieve and were not being achieved in NSW where restrictions were much looser.

Mary-Louise McLaws, epidemiologist and COVID-19 adviser to the WHO, said the state needed to be in hard lockdown until September 28, but questioned whether this would be required beyond late October if cases were below five a day.

She said authorities could decide to move ahead of the road map and push into stage two or stage one rules by late October. “I can’t see that you’ll be in lockdown past that if all goes well,” she said on 3AW.

“Most states don’t achieve [zero cases] … It’s very difficult to get that,” she said.

Victorian Industry Minister Martin Pakula, who is responsible for much of the government’s consultation with different industries, acknowledged the extreme anguish of many business people but said the government was honest with businesses and peak bodies in the weeks leading up to the reopening plan announcement.

“This causes enormous consternation and pain. This is very, very difficult for business,” he said.

“I’m not going to be critical of industry because I understand how much pain they’re in.

“The health advice was contrary to their interests.”

Victoria recorded nine deaths in the past day, bringing the toll to 675. There were 1781 active cases in Victoria on Monday, a drop of about 80 from Sunday.

Only four of the new cases were added to the total of “mystery” cases with no known source.

There are now 266 people with COVID-19 in Victorian hospitals, including 25 in intensive care.