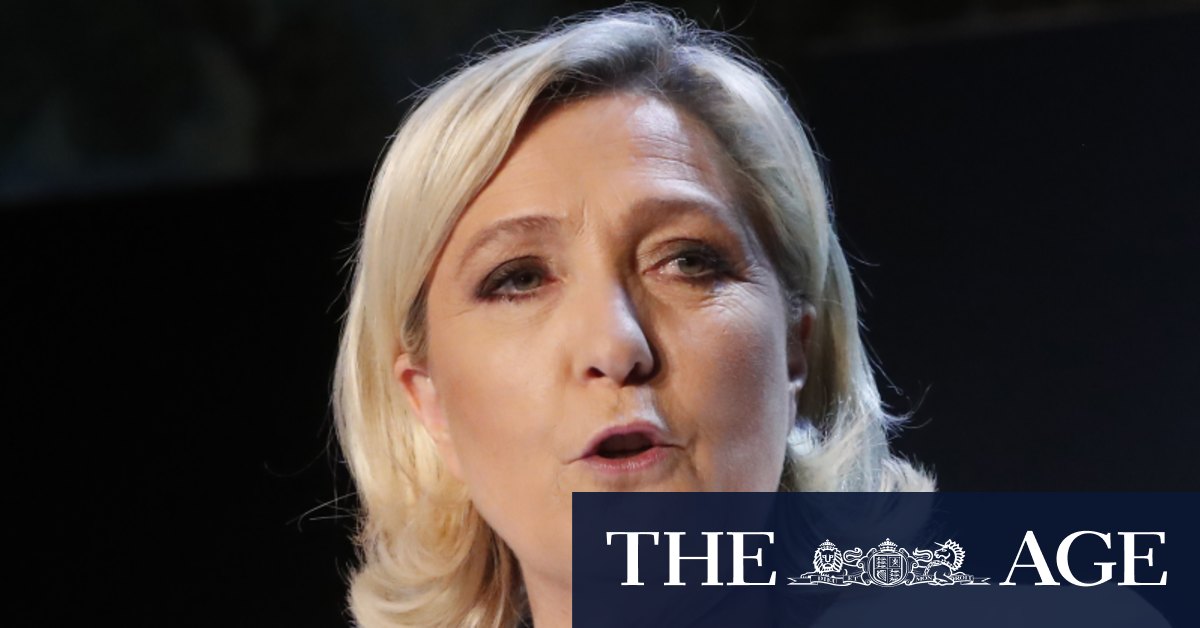 And some French mayors have been beaten up in recent months, several of them for telling people to wear face masks.

Wading into the debate in Fréjus, a far-Right fiefdom on the French Riviera, Le Pen yesterday told 400 RN officials: “Veritable barbarity is settling in. With barbarity, you don’t negotiate, you fight it.”

She proposed tougher sentences, more prison places and reducing the age for criminal convictions to 16.

She said the president was “more bothered with make-believe than making progress”.

Darmanin hit back by pledging to publish crime figures every month so the French could judge for themselves.

Le Pen has already announced her intention to run against Macron in the 2022 presidential elections despite being trounced in 2017, and polls suggesting that 68 per cent of the French are against a rematch.

She has made it clear she believes the issue of “insecurity” will loom large in the race. “We won the ideological battle [over the need for tougher law and order] years ago,” she said at the weekend. “Now what we need is a political victory.”

However, her party is on the back foot – on the brink of bankruptcy, facing multiple fraud charges and prey to internal frictions.

Her political power base is also shrinking. While it won its first major city in municipal elections earlier this year in Perpignan, RN lost two of the 10 towns it claimed in 2014.

“It has become skeletal,” one RN member told AFP. “There is a very deep malaise on the ground.”

Previous Race-by-race tips and preview for Wellington on Monday
Next ASX recovers, rises 0.5% on improving sentiment