Race-by-race tips and preview for Wellington on Monday 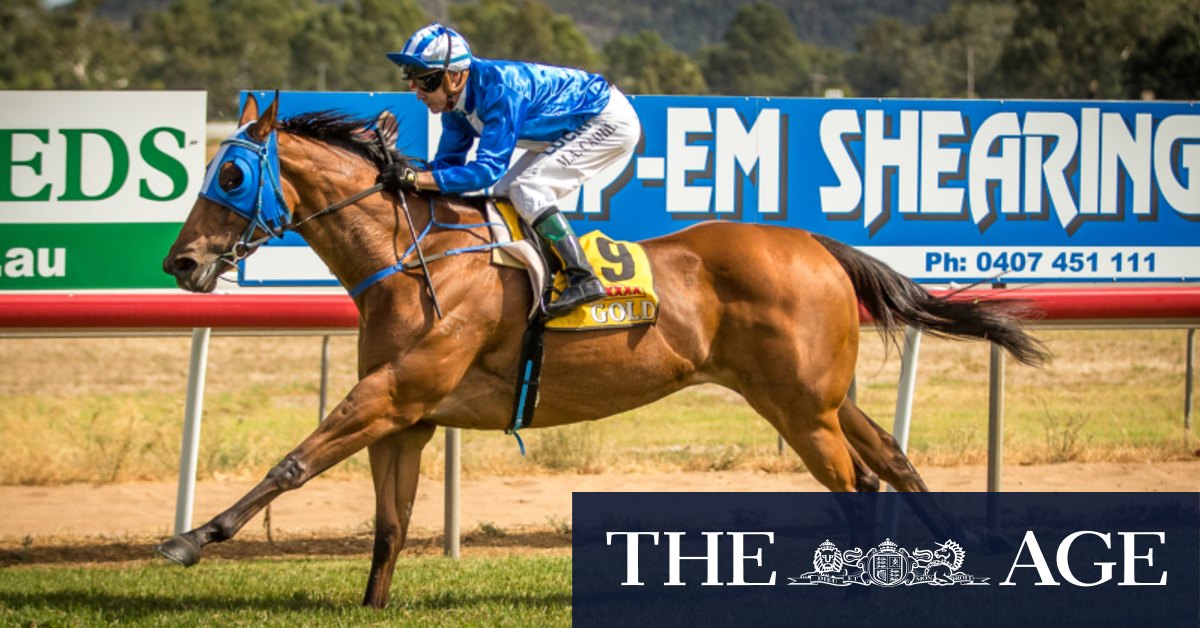 Out in distance now, and this is thin. Resuming Gulgong four-year-old and ex Waller-trained 1. Rusty Hawk now under Brett Thompson looks well fitted for this trip off two quiet 1020m trials, and blinkers going on. Leading country jockey is booked to ride.
Dangers: Parkes mare 7. Miss Monte ran the best race of her career resuming in a handy maiden at Forbes, but was a little plain at Dubbo next start. Has improved considerably after a poor previous campaign, and draws to get good cover around midfield. Narromine mare 8. Ritzy Diva is another who has shown marked improvement this prep after doing nothing last campaign. Was only run down in the last stride second-up at Narromine, although will need the breaks from a wide draw.
How to play it: Rusty Hawk to win. Odds and Evens: Odds.

Plenty of chances in this one headed by home track five-year-old 2. Old Harbour having his first run for the Michael Mulholland yard with several key gear changes. Has done very little racing in the last two years shuffled around stables, but looked in good order bolting in a recent Mudgee trial.
Dangers: Nyngan filly 10. Knight Drive looks a real chance from the inside draw at her third start. Ridden off the speed at Narromine in heavy ground, and hit the line late, and the significant rise up from an 800m scamper is an obvious plus. Dubbo four-year-old 1. Verrazougar trialled strongly at Gilgandra, but faces a task from a wide barrier; while Coonabarabran mare 5. Nicola can improve after dropping out under pressure in a much tougher maiden at Scone.
How to play it: Old Harbour to win and quinella 2 and 10. Odds and Evens: Evens.

Keen on four-year-old Gulgong mare 6. Denace again from the Thompson stable returning to drier ground, and back in trip off a little freshen-up. Led all the way as a heavily backed favourite at Gilgandra two runs before buckling under the pressure in a stronger field at Muswellbrook where he wasn’t in the best part of the track. Very well weighted after rider’s claim
Dangers: Bathurst eight-year-old 8. Griffin’s Gaze steps up significantly from a dominant second-up win in a much weaker race at Gilgandra, but drops sharply in weight. Gunnedah seven-year-old 1. Epic Decision drops in quality, and draws the inside; while honest local seven-year-old 9. Harry New Shoes draws to get a trail back in the field, and is best of the rest.
How to play it: Denace to win. Odds and Evens: Evens.

Tricky race, with several hopes. Narromine mare 5. Sue’s Girlfriend from the Wayne Collison stable swept home to win a Class 1 in heavy ground second-up, and draws to park in a similar stalking position. Handles all ground, and this looks the right journey.
Dangers: Improving Gilgandra five-year-old 6. Bid To Fame has been right on the winner’s heels in three runs back, and bursting to win his first race in seven months. Well weighted after the claim, and will likely drift back from midfield and finish hard. Gunnedah seven-year-old 4. Danspur was way out of his depth in tougher company at Scone, but wasn’t far away at his previous start in this grade. Consistent Mudgee mare 9. Kazumi (also an accepted emergency in race 6) nearly always attacks the line, finishing like a train at Forbes in a handy Class 1 off a freshen-up. Watch for her late.
How to play it: Sue’s Girlfriend to win and trifecta 5,6/4,5,6,9/4,5,6,9. Odds and Evens: Split.

Most open race of the day. Cowra mare 4. Brunela trained by Michael Lynch has more ability than most of these, and had four runs back from a spell. Stable has changed up the tactics without success, but she’s at her best when ridden quieter from off the speed. Return to a firmer track is also a big boost.
Dangers: Gilgandra four-year-old 7. Soldier Poy improved to win his maiden at home after taking over on the turn, and is ready for this distance, although more depth here. Dubbo six-year-old 1. Smart Ain’t He has a poor strike rate and can really mix form, but if he runs up to his effort at Scone over this trip two starts back, he’ll be around the finish; while include in exotics Dubbo mare 8. Hibern getting back to her best trip.
How to play it: Brunela each way. Odds and Evens: Split.

We finish where we began over the scamper course in a good quality sprint. Progressive Muswellbrook mare 5. Emilette from the Jan Bowen yard was a dominant Class 1 winner at home in heavy ground before feeling the pressure late in a Highway at Randwick. Back in grade and trip where she can again use her smart tactical speed.
Dangers: Watch the betting on Dubbo four-year-old 1. King’s Champ who has an ordinary fresh record and lumped with a big weight, but trialled okay. Stablemate five-year-old 10. Policy steps up sharply in grade after an easy all-the-way win this track. Goes fast, and can give a big sight down in weight and back to this trip. Include in exotics Hawkesbury six-year-old 3. Paris In May who drops in grade via a nice trial after two plain runs at home.
How to play it: Emilette to win. Odds and Evens: Odds.