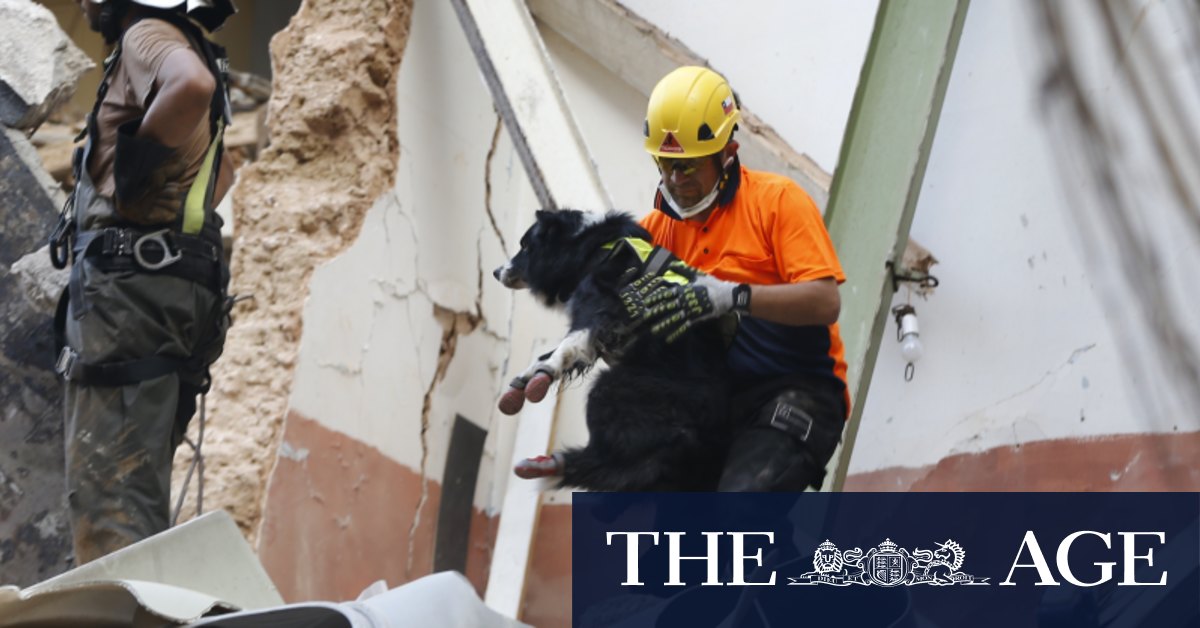 The latest rescue operation began on Thursday when a dog used by a Chilean search-and-rescue team signaled the detection of a possible human pulse under the rubble of a collapsed building during a tour of streets in the area.

Rescue workers used cranes, shovels and their bare hands in a meticulous search after a pulsing signal was then detected by a device.

The black-and-white 5-year-old dog named Flash inspected the building several times a day as aid workers removed debris. Photos of Flash, in red shoes to protect its paws, circulated on social media and the dog became a hero to many Lebanese.

The head of the Chilean team, Francisco Lermanda, told journalists at the scene late on Saturday they had not found any bodies amid the rubble. Lermanda said the pulsing signals heard might have come from of a member of the rescue team.

In past days, the Chilean team had urged people on the streets, including journalists, to turn off their mobile phones and remain quiet for several minutes at a time to avoid interfering with their instruments.

Lermanda said they will search a sidewalk after which they will declare the operation over. It was not clear if a search for bodies would continue.

Two days after the explosion, a French rescue team and Lebanese civil defense volunteers had searched the same building, which had a bar on the ground floor. At the time, they had no reason to believe anyone was still at the site.