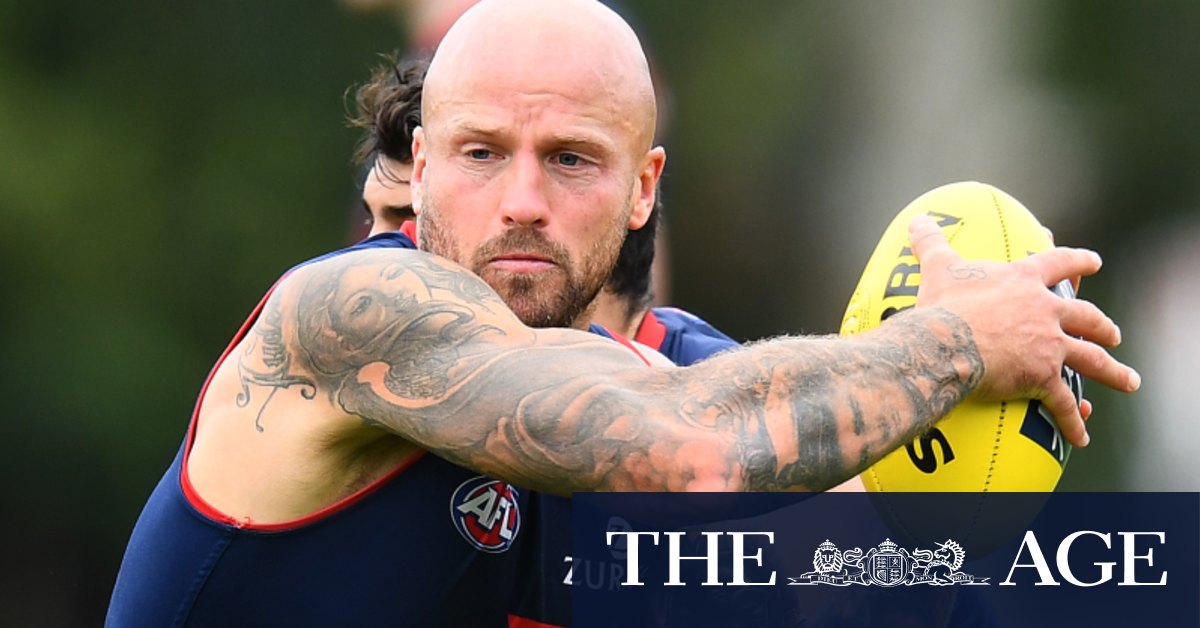 Veteran Jones may have played his last AFL match, with the out-of-contract former skipper set to miss three to four weeks with his injury.

The news is a bit more positive for Brayshaw and Harmes. “He’s got a little strained ligament in his foot. That’s really one we’re going to have to wait and see how that pulls up over the next couple of days. Could be a week, could be a couple of weeks,” Goodwin said of Brayshaw on Sunday.

“Hopefully no longer than that. And Harmesy’s got just a tight hamstring, obviously with the tight turnaround you can’t take a risk but I expect him to be right for next week.”

Michael Hibberd has been named and is likely to return from his ankle injury.

Fremantle have named an unchanged lineup.

Melbourne remain masters of their own fate in 2020, as wins over the Dockers, fellow finals contenders Greater Western Sydney (next week) and Essendon in round 18 will almost certainly secure a top-eight spot.

But Goodwin said the Dees couldn’t look further than Fremantle.

“This is as simple as [it is]. We’ve got to play well tomorrow, first and foremost. Our destiny’s in our own hands of where the season’s going to go from here. We can’t look ahead to two weeks down the track, or next week. We’ve got to look at what’s right in front of us, and that’s Fremantle footy club.”

He added that Melbourne had only briefly delved into the Sydney defeat, such was the short turnaround between games.

“We had a really short review, post-game. The players know the situation, they know their first half and they know that the level required wasn’t there,” Goodwin said.

“As a club, we didn’t get it right, we’re too inconsistent in the way we played, but we get a chance to do something about it tomorrow. We had to move really quickly to Fremantle. The opportunity is still staring in front of us but we’ve got to start better, we’ve got to play better and we’ve got to build some consistency in the way we go about our footy.