Trump on defensive as critics seize on reports he insulted US veterans, war dead

admin 3 weeks ago World News Comments Off on Trump on defensive as critics seize on reports he insulted US veterans, war dead 10 Views 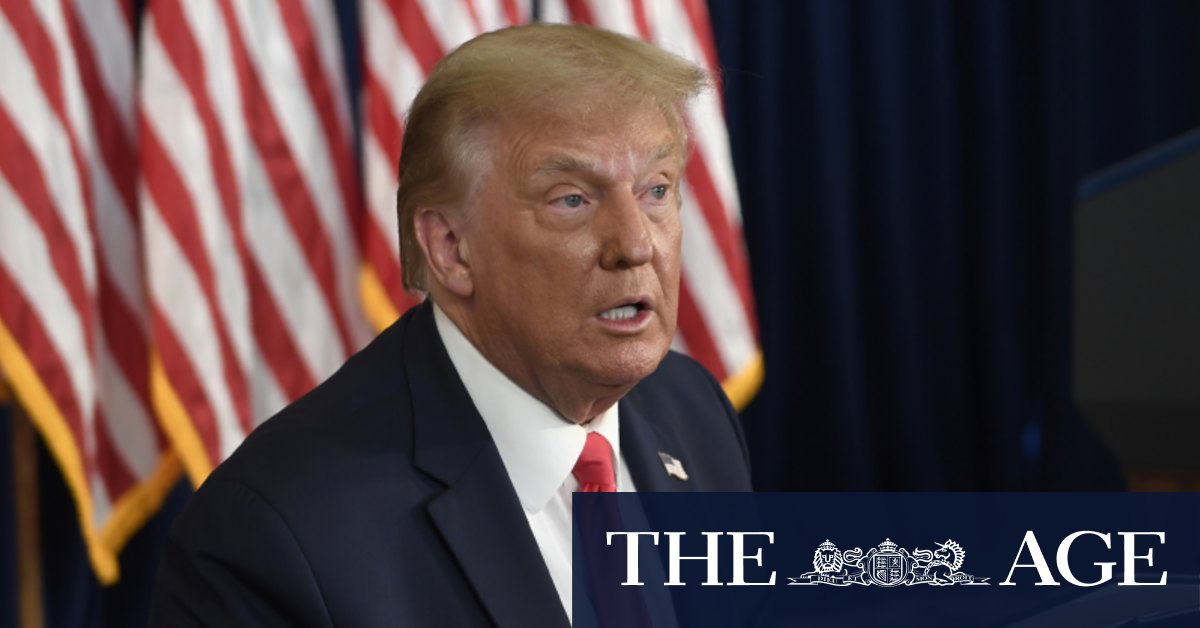 Hagel said the reports were “credible” because they were consistent with previous public remarks Trump had made denigrating military personnel, including former US Defence Secretary James Mattis as well as the late US Senator John McCain.

“It will resonate” with the military, he added.

Retired US Army Colonel Jeff McCausland, a former National Security Council official, wrote in an op-ed for NBC News on Sunday that Trump over the years had demonstrated “a clear pattern of disrespect toward the military”.

The furore over the September 3 report in The Atlantic could dent support for Trump among service members, a key constituency for the Republican which largely backed him in 2016.

The Atlantic reported that Trump made the disparaging remarks after cancelling a visit to an American cemetery during a November 2018 trip to France, an account the President denied on Thursday and on Sunday said was “disinformation.”

“They will say anything, like their recent lies about me and the Military, and hope that it sticks,” he tweeted, referring to the media and the Democratic Party, whose nominee Joe Biden is vying for the presidency in November.

The Atlantic has stood by its report, which cited four unnamed people with firsthand knowledge of the matter and which was later confirmed by several other media outlets.

Bloomberg on Sunday reported that Trump spent the extra free time in Paris selecting artwork to ship from the US ambassador’s residence to the White House. The White House did not respond to a request for comment on the Bloomberg report.

Former vice-president Biden, whose late son Beau served in Iraq, on Sunday capitalised upon the uproar to highlight his own record of military support with an advertisement aimed at areas with large numbers of military personnel in battleground states.

The ad will air nationwide on Sunday night during cable television news programs and on Facebook and Instagram throughout the week as part of a broader $US47 million ($64 million) campaign, a spokesman told Reuters on Sunday.

The Lincoln Project, a prominent Republican-backed group opposing Trump’s re-election, on Saturday released a new video attacking the President’s comments and broader record on the military. Trump has never served and avoided the draft for the Vietnam war citing bone spurs in his feet.

“He’s a draft-dodger in chief who despises the men and women he supposedly leads. He insults their deaths and injuries with his contempt,” it said.

Trump has repeatedly touted his administration’s spending on the military while also moving to pull American troops out of conflicts in Syria and Afghanistan, as well as out of allied countries such as Germany.

More recently, he has said he would block the Pentagon’s plan to cut military healthcare by $US2.2 billion and reverse its plan to close the Stars and Stripes military newspaper.

Several top administration officials, including US Defence Secretary Mark Esper, have rallied to Trump’s defence as the controversy has grown in recent days.

On Sunday, Secretary of Veterans Affairs Robert Wilkie told CNN’s State of the Union that he had never heard the President disparage the military or veterans. Treasury Secretary Steven Mnuchin told reporters at the White House that Trump supported the military “100 per cent”.