Breaking News
Home / Victoria News / We should defend the right to free speech. ‘Freedom’ is something else

We should defend the right to free speech. ‘Freedom’ is something else

admin 2 weeks ago Victoria News Comments Off on We should defend the right to free speech. ‘Freedom’ is something else 20 Views 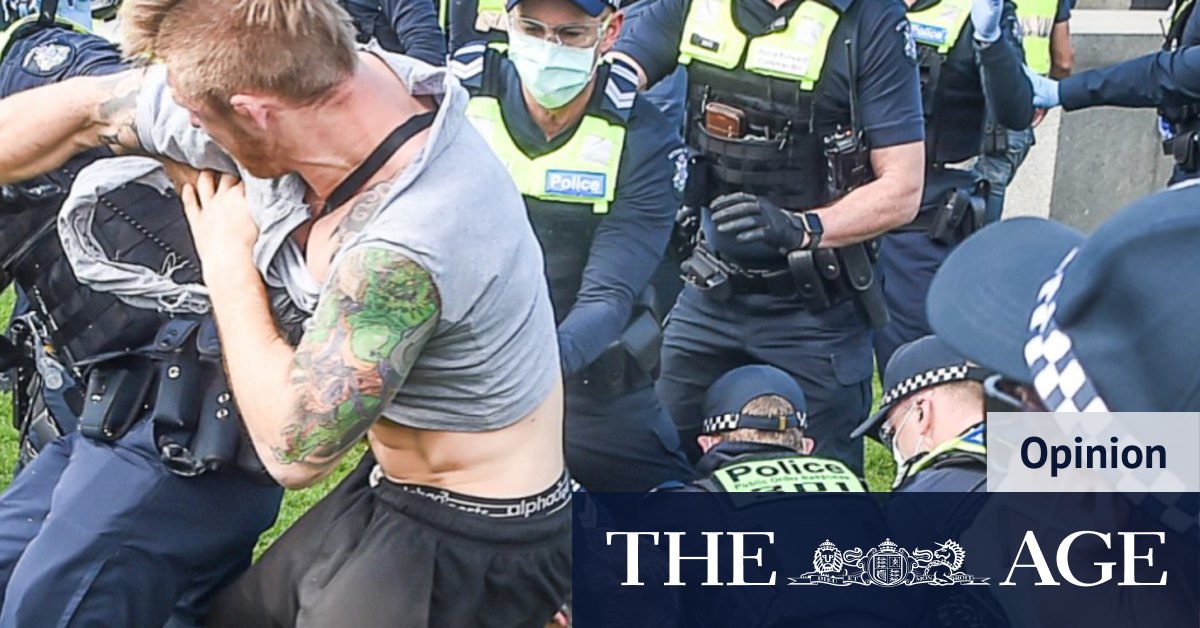 The woman was part of protests around the nation at the weekend. They demanded: ‘‘Freedom’’. Elsewhere there was ‘‘COVID-19 is a hoax. The government’s biggest fear is our unity. United we stand. Liberty. Liberty, equality, fraternity. Love over lies, and my freedom is your freedom’’.

Everyone can think what they want to think and be defended for their right to say it. Voltaire, if you really did pen it, take a bow. Everyone should defend that right.

However, those who protest at these restrictions are part of a global arm of a media empire called ‘‘Fake News’’. It’s been around for centuries. One side asserts atrocities to arouse hatred and rebellion against the other side.

Perhaps those who proclaimed at the weekend for liberty should reach back to the American Revolutionary War and declare, give me liberty or give me death.

But here’s the thing. This. Is. A. Pandemic. If you want to bet on it, you can have the quinella of liberty and death.

Perhaps the protester and her family of like-minded clan would prefer to hear from the men with the drays going past their houses, yelling, ‘‘Bring out your dead’’.

Freedom, despite the ardent hopes of many, is not an inalienable, universal right. History has shown that. Every society has parameters of behaviour. Totalitarian societies use the law to transform the lives of people into the life of the state; some societies run by dictators use the laws to nurture the power of the grand leader; and some societies are democracies, like Australia’s, which try to safeguard their citizens, even the stupid ones from themselves. It’s called equality of life.

It’s no doubt a supreme irony, lost on the weekend’s protesters, that they acted under the umbrella of ‘‘Freedom Day’’. As the song goes, Freedom’s just another word for nothing left to lose (in a pandemic).

Except there is everything to lose. This is a plague, dressed in the clothes of the 21st century. We don’t call it a plague − that would frighten the horses. It’s a pandemic, with no cure, yet. The latest modelling says reopening with 25 or more cases a day would lead to a resurgence requiring restrictions to be reimposed.

Boccaccio wrote in the Decameron

of life during the Black Death in the 14th century, ‘‘It was not merely a question of one citizen avoiding another, and of people almost invariably neglecting their neighbours and rarely or never visiting their relatives, addressing them only from a distance; this scourge had implanted so great a terror in the hearts of men and women that brothers abandoned brothers, uncles their nephews, sisters their brothers, and in many cases wives deserted their husbands.’’

Perhaps all those who demand their freedom to do whatever they want should walk among the newly dead. For surely they exist.

Warwick McFadyen is a desk editor at The Age.

Previous The Age photos of the week, September 6, 2020
Next When will stage four end? What are the steps and what are the rules?