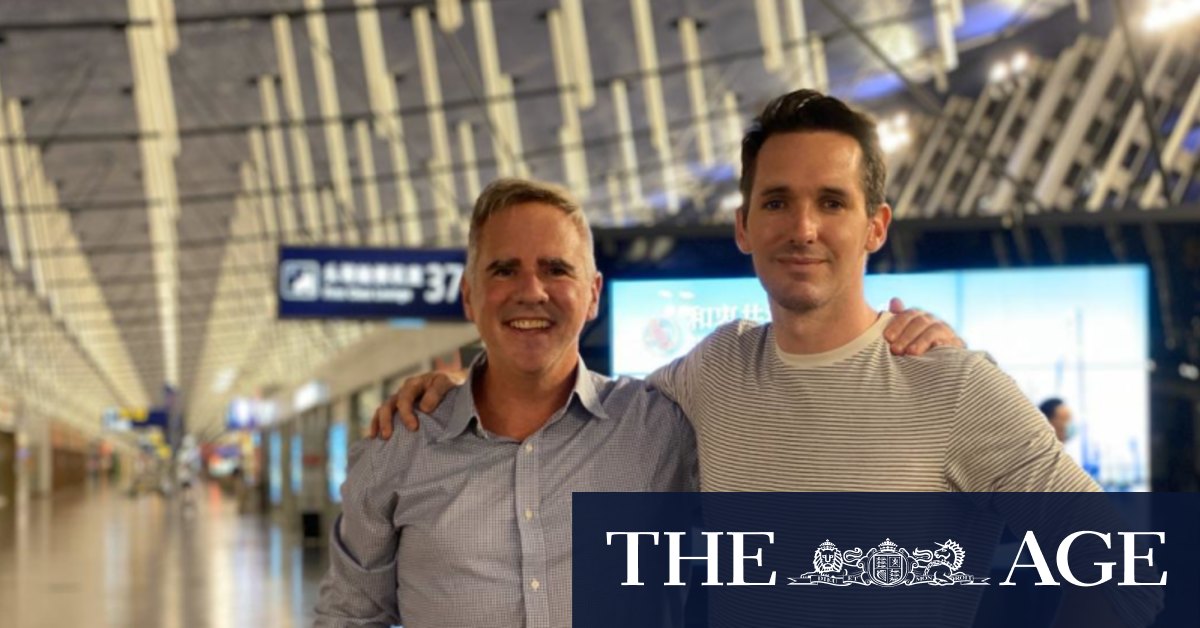 The concerns began early last week when Australian diplomats in China cautioned both journalists they should leave China. Advice to both media organisations led to them booking flights to Australia for their correspondents.

Seven uniformed officers simultaneously visited the homes of Smith in Shanghai and Birtles in Beijing at 12:30am on Thursday. The reporters were told they were banned from leaving the country and needed to organise a time to be questioned over a “national security case”.

Birtles then sought refuge in Australia’s Beijing diplomatic compound for five days while Smith went to the Shanghai consulate.

After high-level negotiations between Australian and Chinese officials, the reporters were interviewed by China’s Ministry of State Security and allowed to leave the country on Monday night.

Birtles and Smith were the last journalists working for Australian media organisations in China – meaning there are no accredited reporters from Australia in the country for the first time since the mid-1970s.

The Sydney Morning Herald and The Age have been waiting for Chinese authorities to approve a visa for their Beijing correspondent, Eryk Bagshaw, since an application was submitted in November. In July, the mastheads were advised the visa would not be approved this year due to the coronavirus pandemic.

The national editor of The Sydney Morning Herald and The Age, Tory Maguire, said the treatment of Birtles and Smith was “deeply concerning, and has made it almost impossible for Australian news outlets to operate in China at present”.

“The Herald and the Age are committed for the long term to providing comprehensive coverage of China, and its relationship with Australia and the region,” she said.

“Eryk has been doing an excellent job from here, and will continue to be focussed on his beat while we explore our options.”

The China correspondent for The Australian newspaper, Will Glasgow, is currently in Australia and was due to return to Beijing shortly. The Australian reported it had been advised by the federal government against sending him back.

Smith said the “late-night visit by police at my home was intimidating and unnecessary and highlights the pressure all foreign journalists are under in China right now”.

“It’s great to be back home safely after a difficult five days,” Smith said after landing in Sydney on Tuesday morning.

AFR editor-in-chief Michael Stutchbury and editor Paul Bailey said the incident “targeting two journalists who were going about their normal reporting duties is both regrettable and disturbing and is not in the interests of a co-operative relationship between Australia and China”.

“Those Australians have now arrived in Australia. Our embassy in Beijing and consulate-general in Shanghai engaged with Chinese government authorities to ensure their wellbeing and return to Australia,” Senator Payne said in a statement on Tuesday morning.

“Our current travel advice for China, which was updated on July 7, remains appropriate and unchanged. We encourage all Australians who are overseas, or are seeking to travel, to closely monitor Smartraveller.”

“The Australian government continues to provide consular support to Australian citizens detained in China, including Ms Cheng Lei. We are unable to provide further comment owing to privacy obligations.”

Australia’s relationship with China has reached new lows this year, with Beijing hitting the country with billions of dollars of trade strikes after the Morrison government pushed for an independent inquiry into the coronavirus.