Finals ‘unlikely’ but Cripps to have more bounce: Teague

admin 3 weeks ago AFL Comments Off on Finals ‘unlikely’ but Cripps to have more bounce: Teague 19 Views 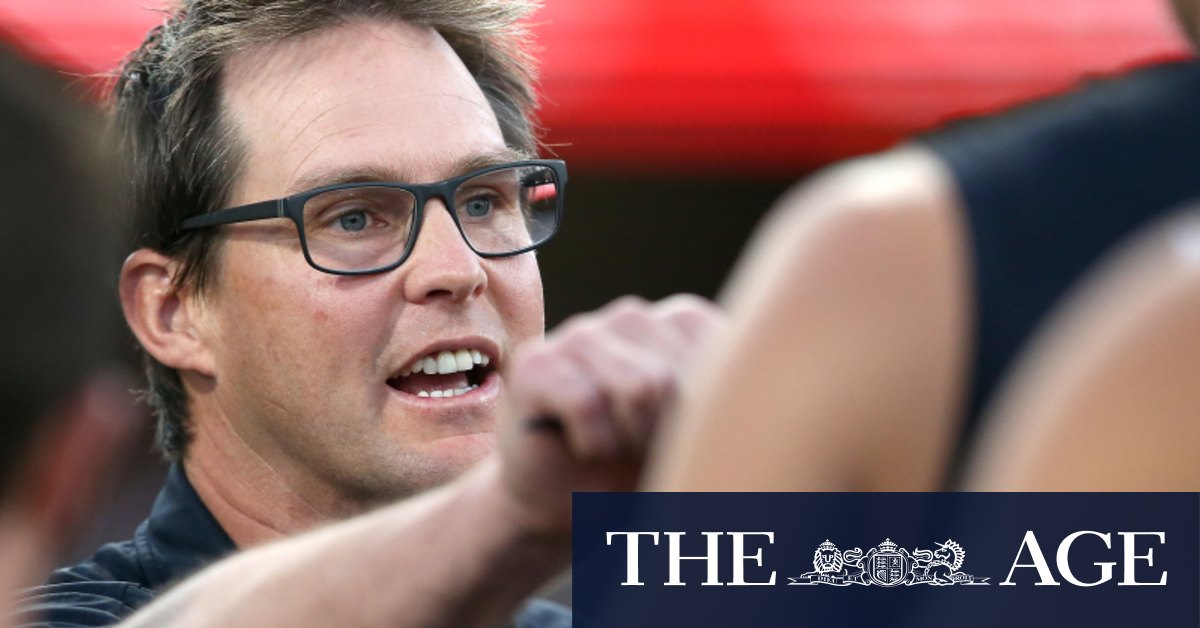 The Blues had been in finals contention after their win over the Gold Coast in Darwin but defeats to Collingwood and Greater Western Sydney may have ended that hope. Their performances after half-time have particularly disturbed Blues’ supporters, for they managed only four points against the Magpies and 1.6 against the Giants, having led the latter by 15 points at the final break. Overall, the Blues have been held goalless in four of their past six quarters.

After the Swans’ clash, the Blues finish their season against Adelaide (Metricon Stadium) and Brisbane.

Cripps is averaging a team-high 21 disposals per game but hasn’t had the same impact of yesteryear through the midfield. The dual All-Australian has only five goals and his set-shot kicking remains one area that needs to improve. However, it’s clear he is banged up – he had a corkie and had scans on his knee heading into the Giants’ clash – and the Blues need to provide more contested-ball help for him.

Teague said he didn’t expect Cripps would need a rest before the season was done.

“We won’t be wrapping anyone up unless they can’t play. If we feel and he feels he’s part of our best team, we’re going out there to win this week and that’s what we expect to do,” he said.

“He (Cripps) had a corkie last week, he got through it pretty well with the corkie, so he should be better this week.

“I think Cripps will have more energy and will be moving better this week than last week. He still played an important role for us last week.

“I understand that we look at the numbers he produced last year compared to this year and people can get caught on that, but from an overall point of view our team has performed better this year. We’ve been in every game and he’s played an important part in that.”

Champion Data statistics, adjusted for reduced game time this year, show Cripps has slipped in contested and uncontested possessions while his overall kicking efficiency has dipped from 54.2 to 50.4 per cent.

Teague is keen for the AFL to release details on the depth of cuts that will be made to playing lists next season, for the Blues are sharpening their focus.

They have much to debate, not the least potentially bruising calls to make on veterans Matthew Kreuzer (189 matches), Eddie Betts (329) and Kade Simpson (339), who are all off contract.

Kreuzer, 31, has not played since round one against Richmond when he hurt his foot. He has been praised for his work as a fill-in ruck coach since, helping Marc Pittonet and Tom De Koning emerge.

Simpson, 36, played alongside Teague for three seasons. He has been typically consistent across half-back and has played in all 14 matches this season, averaging 15 disposals.

In 13 matches, Betts, 33, has managed 13 goals – one behind leading goal-kicker Levi Casboult – but has been goal-less five times. He has worked hard defensively on pressure acts inside 50 but is no longer the threat he once was around goal.

However, as the Blues repeatedly acknowledge, all three men bring leadership and intangibles that cannot be measured through statistics. Betts has become an iconic figure in the game, while

Simpson sits behind only Craig Bradley (375) and Bruce Doull (356) for most games by a Blue.