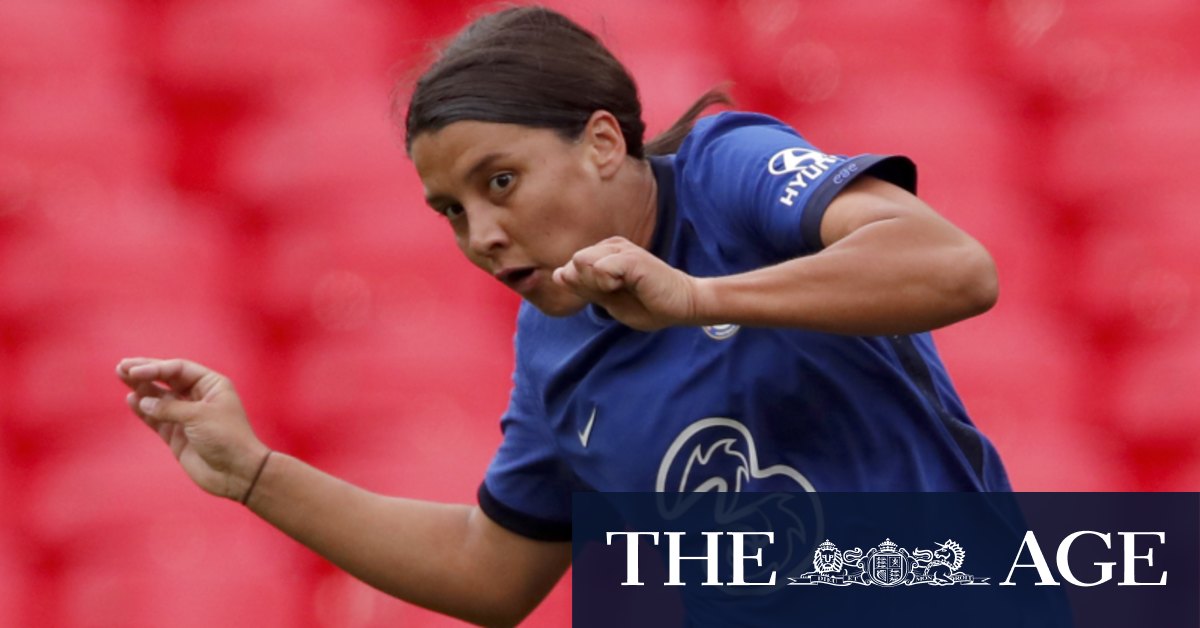 But Chelsea was unable to hold on to its lead despite having another four more shots on target, Leah Galton equalising for United with 11 minutes remaining.

It was for the most part an excellent opening day of the season for the virtual first XI of Matildas now plying their trade in the English women’s league, which is fast becoming the number one competition in the world.

Australian coach Joe Montemurro’s Arsenal, with former Melbourne City skipper and Matildas left back Steph Catley in the starting line up were far too good for Reading, winning 6-1 in their first match of the new campaign.

Catley went off after 69 minutes in a double substitution, replaced by Leonie Maier, while her Matildas teammate, midfielder Caitlin Foord, came into the game, replacing Beth Arnold.

It wasn’t such a pleasant afternoon for former Melbourne City captain and assistant coach Jess Fishlock, the veteran Welsh international, who turned out for Reading and picked up a yellow card for her troubles.

The game at The Hive in north London featured a trio of Matildas as West Ham and Tottenham drew 1-1.

West Ham’s Matildas goalkeeper Mackenzie Arnold was beaten by an own goal in the 53rd minute but the Hammers managed to equalise four minutes later.

Matildas midfielder Emily Van Egmond came off the bench for West Ham in the 54th minute while her international team-mate, defender Alanna Kennedy made her Tottenham debut off the bench with 21 minutes remaining.

There was good and bad news for three other Matildas when Bristol City met Everton.

Ella Mastrantonio and Chloe Logarzo played together in midfield for Bristol but were on the wrong end of a 4-0 thumping by Hayley Raso’s Everton.

Logarzo and Mastrantonio played the full game while Raso started but was substituted with 19 minutes remaining when the Merseysiders were 3-0 to the good.

Melbourne City’s title winning centre back Rebekah Stott might not be a Matilda but the Kiwi international is a well known W-League star and the New Zealander, like so many top female players, has relocated to the UK.

She too made a winning debut, playing the full game as Brighton beat Birmingham 2-0.

Previous Search ends for ‘miracle survivor’ in Beirut rubble
Next ‘Sad and empty’: Djokovic out of US Open after hitting official with ball