Infrastructure money to come in the federal budget: McCormack

admin 2 weeks ago Federal Politics Comments Off on Infrastructure money to come in the federal budget: McCormack 11 Views 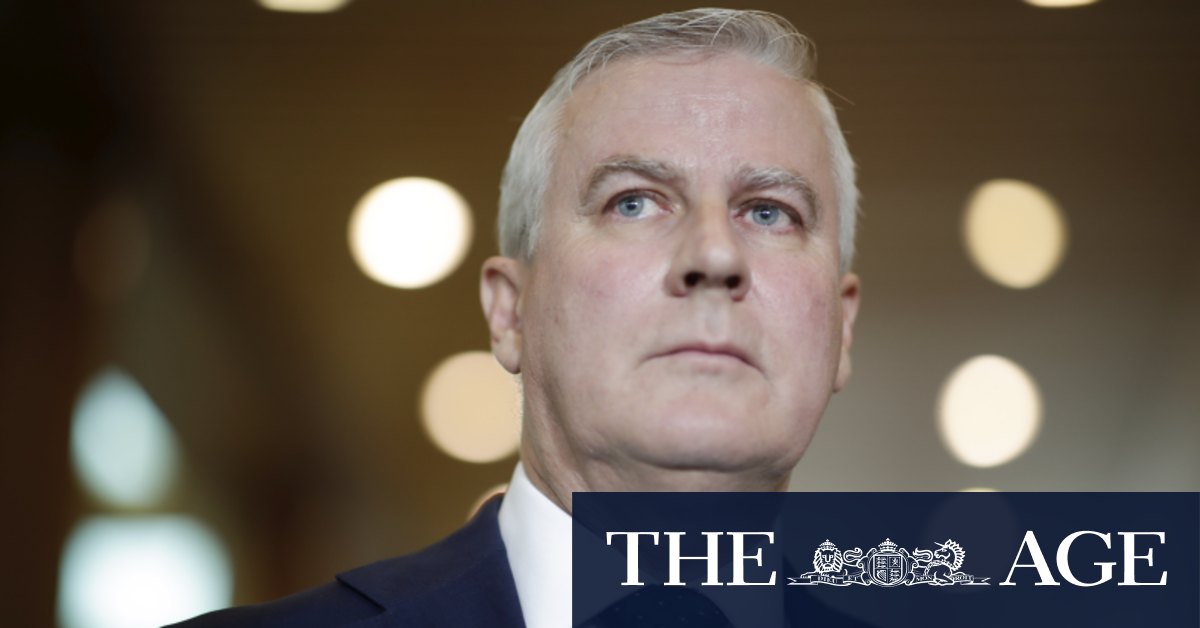 “Certainly through COVID, which has cost many people their jobs, infrastructure is going to be one of the saviours, along with the agriculture, resources and mining industries,” he said.

“We’re going to be certainly spending a lot more time and effort and indeed money on infrastructure going forward.”

The budget will include “significant” new spending on top of the existing $100 billion infrastructure list, with an emphasis on using local building supplies to make sure the economic gains flow through to Australian employers.

One source described the infrastructure agenda as the “heartbeat of the whole recovery operation” in the October 6 budget, which is also likely to bring forward personal income tax cuts and give companies a tax break on new investment.

Labor infrastructure spokeswoman Catherine King has criticised the government for taking too long to start work on major projects, with some budget measures pushing back spending until the later years of this decade.

Ms King said the government should be thinking about long-term trends in population and economic growth to decide where to get the greatest reward from new spending.

“There just isn’t any strategic thinking about that,” she said.

It is also spending $10 billion on the inland rail from Brisbane to Melbourne, with construction underway near the western NSW town of Parkes, and is promising this will create 15,000 jobs across Victoria, NSW and Queensland.

The government is yet to decide the infrastructure projects to be revealed in the October budget but is considering whether the pandemic will change the business case for transport as more people work from home.

“These regional communities are large enough in which to get a good cup of coffee and they’re small enough so that you still have that friendly, neighbourly spirit.”

While Liberal MP John Alexander is calling for a commitment to high-speed rail to connect regional centres between the big cities, Mr McCormack said these projects depended on state decisions.

Mr McCormack said high-speed rail would be “great to do” between Sydney and Melbourne but passenger rail was the remit of the states.

Labor leader Anthony Albanese is calling for a dramatic boost to infrastructure to fix urban services and help regional Australia, using a major speech on Wednesday to back more road and rail projects.

“It makes sense for governments to nurture smart regionalisation,” he says in the new regional visions statement. The draft speech warns that Australians will pay the price for the “Morrison recession” and calls on the government to invest in high-speed rail from Brisbane to Melbourne, something Mr Albanese has supported for more than a decade.

“High speed rail opens up the possibility of people commuting to capital cities while enjoying the lower cost and lifestyle benefits of regional living,” he says in a draft of the speech to be delivered in the NSW regional city of Coffs Harbour.

Mr Alexander said a major rail network should be a national priority and could be funded by a “value-capture” approach because faster access to the big cities would increase the value of land in regional centres, creating profits to pay for the infrastructure.

“What value is added to the towns between Melbourne and Sydney when a plane flies over at 20,000 feet?” Mr Alexander said.

“The purpose of high-speed rail is not to provide an alternative to air travel between our capitals but to rebalance our settlement, to create new cities, create greater capacity and relieve our major cities of the burden of growth and the resulting congestion.”

Mr McCormack also said the government was working on some “really exciting” water projects, funded by a $1.5 billion fund and a $2 billion loan facility.

“There’s a lot of business cases and there’s a lot of feasibility studies and environmental work [that] has been done over the past two years. But now it’s time to put concrete down and get that water storage infrastructure built.”

Previous Rates would double for gaming venues, halve for arts and hospitality under Greens’ council poll plan
Next Australian ecologists say their findings are ‘commonly suppressed’