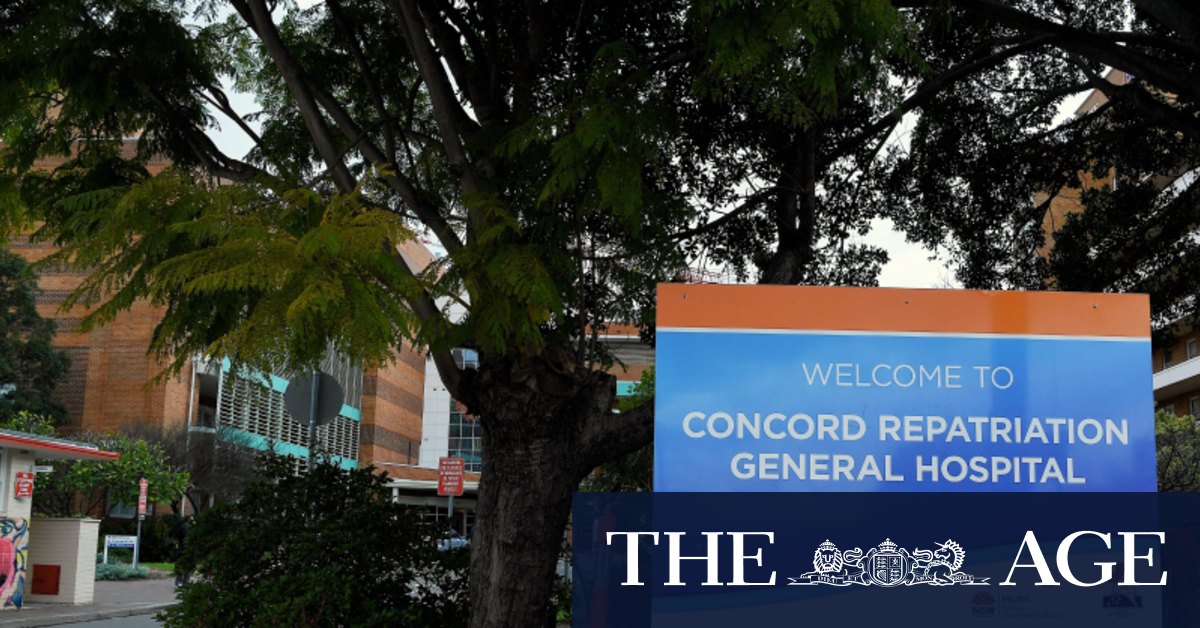 Non-urgent surgery at Concord has been cancelled until Friday and visitors are banned until 10am on Friday so deep cleaning can be done.

“Investigation into the cause of these infections is ongoing,” Dr Chant said.

Despite foreshadowing there would continue to be new cases linked to Concord Hospital, Dr Chant said people should attend that hospital if they needed to.

Two more cases have been linked to the Tattersalls CBD cluster, taking that outbreak to 68.

The first locally made ventilators will be produced in NSW in a couple of months, and the Premier said they were on track to receive regulatory approval in a few weeks.

“If needed, [they] can be produced for hospitals here and potentially overseas, saving lives and boosting jobs,” Ms Berejiklian said.

Health Minister Brad Hazzard said the ventilators could be the difference between life and death for COVID-19 patients.

“In some of the worst-hit nations, health staff were forced to choose who got access to a ventilator; so we need a reliable local supply chain to safeguard NSW patients,” he said.

In NSW, three of the six patients in intensive care with COVID-19 were also on ventilators.

People who attended the following three venues in the city for more than an hour have been directed to self-isolate for 14 days after those places were visited by COVID-19 cases:

People who attended several shops at Macquarie Shopping Centre between 2 and 5pm on Saturday are considered casual contacts and asked to monitor for symptoms.

Anyone who caught the North Shore Line train on Monday between 9.17 and 9.29am from Milsons Point to St Leonards and between 9.53 and 10.14am from St Leonards to Milsons Point has been asked to monitor for symptoms and get tested if they develop mild symptoms.

A pub in Sydney’s inner-west was the first to be shut down by the Office of Liquor, Gaming and Racing, and also fined $10,000, for allegedly repeatedly breaching COVID-19 restrictions.

The Unity Hall Hotel at Balmain will be closed for a week after it was caught hosting two birthday parties and failing to follow its COVIDSafe plan one day after receiving a penalty notice for a restrictions breach.

Ms Berejiklian warned patrons to be careful when going out and consider using their own pens or pencils when signing in to venues.

A team of Victorian and federal health authorities will observe the state’s contact tracing procedures in coming days, as Victoria recorded 76 new cases on Tuesday.

Repeating her comments from yesterday, Ms Berejiklian said that, while she was happy for the team to observe NSW’s system at work, it was “only part of the story”.

“Unless you have a whole of government governance approach to managing the pandemic, the contact tracing isn’t as effective,” she said, adding that, while “contact tracing is absolutely critical”, other government departments have played a key role in communications and enforcement.

“If people assume that by only having good contact tracing you’ll be able to deal with a pandemic – that won’t do it. That doesn’t cut it.”

Dr Chant said the visit was “an opportunity to share learnings”, noting NSW had previously engaged in a sharing of processes with Queensland, which was beneficial for NSW.

Asked directly about comments made by the ABC’s Dr Norman Swan that NSW’s virus success had in part been a matter of luck, Dr Chant said it was “hard to respond” to remarks like that.

Dr Chant said “hard hours” had been put in by health and policing teams, and the response from the community had also been “stellar” after the Crossroads Hotel outbreak, which began the state’s second wave.

“The response of that local community in western Sydney was stellar and, without that sort of joint component of the community and government working together, it would be really challenging to be where we are.”

Previous Fashion retailer Colette saved from collapse but more than 100 stores to close
Next From the Archives, 1958: Fitzroy as it was 100 years ago