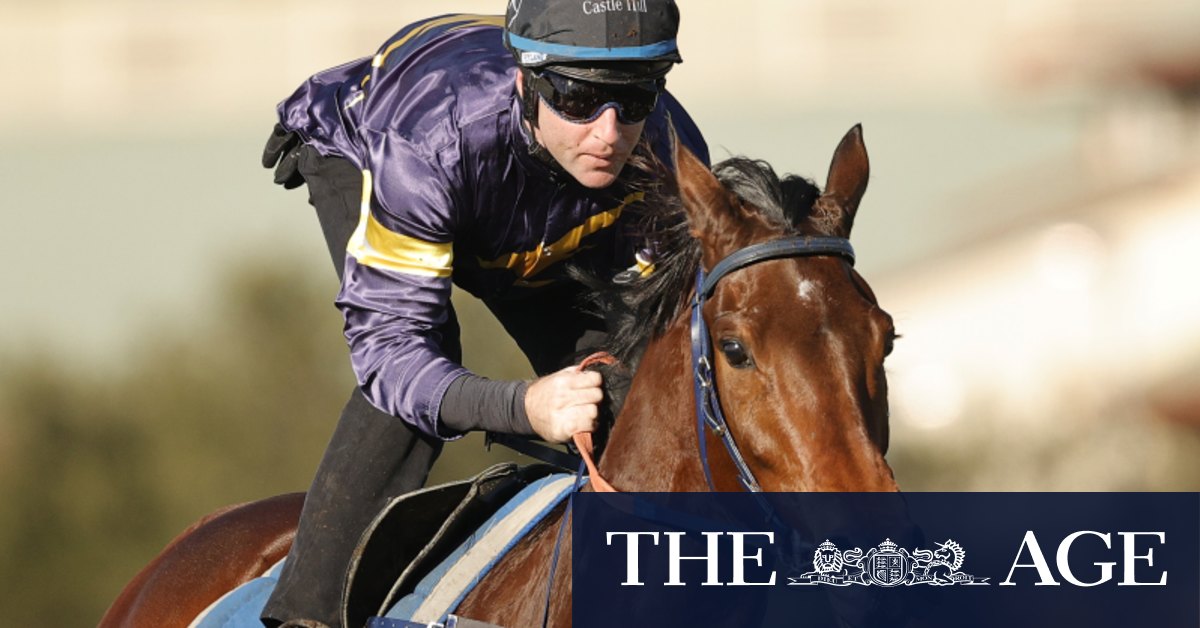 “We all know what happened in that last race with Master Of Wine, he was ridden upside down,” he told RSN on Wednesday.

“You’re hoping he comes out on Saturday and he’s given every chance to relax and find his rhythm and hits the line like we want him to. We’re looking forward to getting him back out to a big track and ridden more quietly.

“I think Saturday will tell us a lot more as well, because as they get older they lose that sprint as well. We’ll get a lot of answers on Saturday after this race.”

Second favourite in most Caulfield Cup markets, Master Of Wine was on Tuesday allocated with 53.5kg for the Caulfield Cup which will guarantee him a start in the race, while Mornington Cup winner Aktau – already guaranteed a start – was allotted 51kg for Legh.

Aktau returns to the track over 1700 metres at Flemington on Saturday and Legh said the horse was showing promising signs on the training track.

“We were going to run him in the Makybe Diva, but Mike [trainer Mike Moroney] has elected now to go to the 1700 [race],” he said.

“The horse is going that well that he was concerned [that] if he was lucky enough to win it he’d get a penalty going into the Caulfield Cup.”

Meanwhile, Masked Crusader runs in an 1100m benchmark 88 race at Rosehill this Saturday after being scratched last weekend.

“He could have run last Saturday,” Legh said.

“He had a boil on the side of his mouth … but we erred on the side of caution. He’ll run on Saturday and like all the other horses, we’re extremely excited to watch him get out and strut his stuff.

“If he came out and brained them on Saturday and then we raised the bar for him and put him in a serious race the one afterwards and he did well in that then you’d like to think someone might put their hand up and slot him into an Everest.”