Breaking News
Home / Latest News / Our dirty fuel is a bigger killer than COVID-19: how Australia fails on car emissions

Our dirty fuel is a bigger killer than COVID-19: how Australia fails on car emissions

admin 3 weeks ago Latest News Comments Off on Our dirty fuel is a bigger killer than COVID-19: how Australia fails on car emissions 16 Views 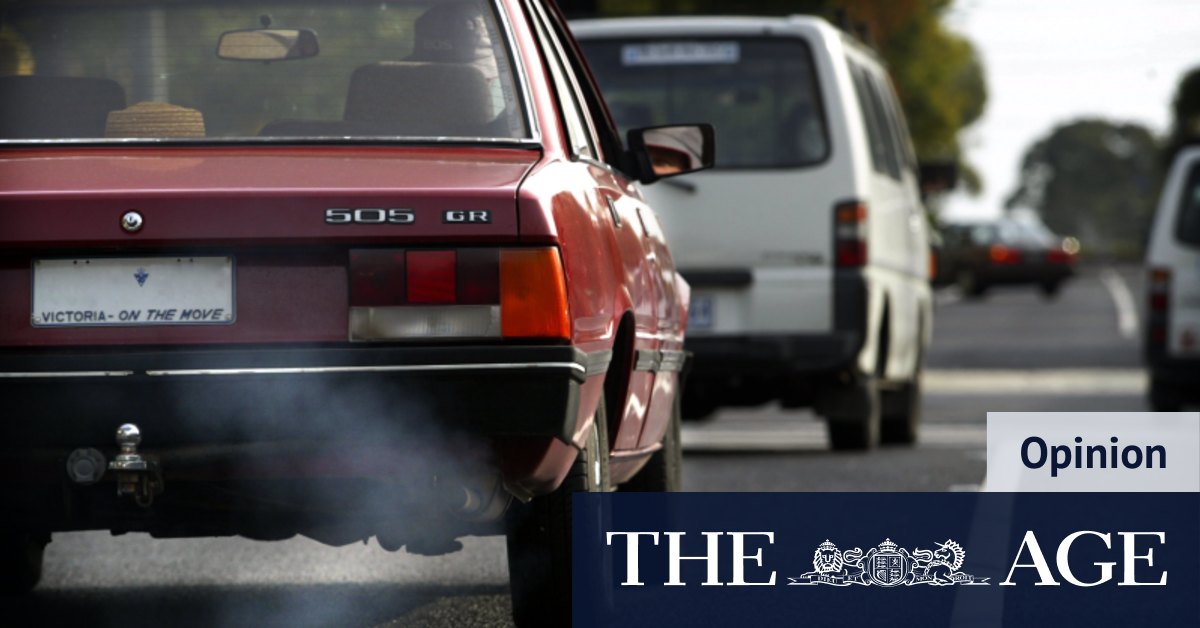 In setting our standards in 2018, to be effective until 2027, the government downplayed the very significant health consequences of fuel emissions, including more premature deaths than the annual road toll. These deaths are many multiples of those so far from the pandemic, and at very considerable economic cost.

In our highly urbanised nation, a large proportion of our growing population is exposed to vehicle exhaust emissions. The health effects include reduced lung function, ischemic heart disease, stroke, respiratory illnesses, and lung, bladder, and breast cancers. Children are susceptible to low birth weight, long-term effects on lung function, leukaemia and brain tumours. Living near highways has also been linked to a higher incidence of dementia in the elderly.

It is bizarre that our society accepts restrictions on smoking in outdoor cafes and restaurants along main roads, yet readily breathes in the emissions from passing vehicles.

Vehicle emissions, second only to emissions from the energy sector, are a major challenge to the essential transition to a low-carbon Australia.

The government specifies fuel quality standards by setting limits on such parameters as sulfur and aromatic content and octane number. Australia is well out of line with best international practice, notably European fuel standards. For example, our sulfur content for regular unleaded petrol is 150ppm, against a Euro standard of 10ppm; our aromatic content at 45 per cent (by volume) is also unacceptably high.

Fuel quality influences the type and range of vehicles that can be supplied to the Australian consumer. We are denied more advanced vehicle technology, with better emission-control systems and more fuel-efficient engines. We are currently short of Euro 6, the best practice standard, and are locked in until 2028. New Zealand adopted Euro 6 in 2018.

So, why do we persist with such dirty fuel? Why are we forced to accept the hazardous health consequences, especially given the urgency of the medical and economic policy responses to COVID-19 – a considerably lesser health challenge?

In large part, our political and policy processes have been distorted, if not corrupted. It has much to do with the power of the four oil majors – BP, Viva (Shell), Mobil and Caltex – which supply our fuel, and exercise undue influence over our governments. Some 90 per cent of fuel is imported – 60 per cent directly, and the four majors refining the rest using 80 per cent imported crude feedstock. Most of our domestic oil is exported, but would only account for about 24 per cent of our fuel use if supplied to the domestic market.

If not supported, the threat is that they will close more refineries. On Tuesday came a threat by Viva to close its Geelong refinery (our second largest, accounting for about 10 per cent of total supply, and employing some 700 people) if the Victorian roadmap to recovery from COVID-19 is not accelerated by November. These refiners have also been promised a “support package” which Viva claims is essential to ensure its viability for the next 12 to 18 months.

Echoes of the car industry all over again. According to Viva: “Retaining refineries is really important … The state and federal governments and Viva need to work together to sort this out. The jobs are too important, the refinery plays and outsized role in the Geelong economy, and, for reasons of national security as much as anything else, to lose another oil refinery [three have closed in recent years] would be a disaster for Australia”.

When the government set the fuel standards it claimed to base the decision on a cost-benefit study. It would be a particularly revealing study to apply the same cost-benefit framework and assessment to its medical and economic responses to COVID-19? It obviously didn’t put a very high price on a human life.

However, perhaps by 2028 the traditional fuel issue may have become largely irrelevant with the rapid electrification of the vehicle fleet? Recall that it took just 10 years, from 1903 to 1913, for the US to transition from horse-drawn to petrol-driven vehicles.

It can happen much faster with today’s technology and adaptive capacity. As soon as a major car manufacturer produces an affordable vehicle, everyone will want one, with significant health, emissions, and economic benefits.

I seriously doubt Tony Abbott was thinking this creatively, or this far ahead?

John Hewson is a professor at the Crawford School of Public Policy in The Australian National University and former Liberal Opposition Leader.

Previous From the Archives, 1958: Fitzroy as it was 100 years ago
Next Strugis biker rally ‘was super-spreader event’