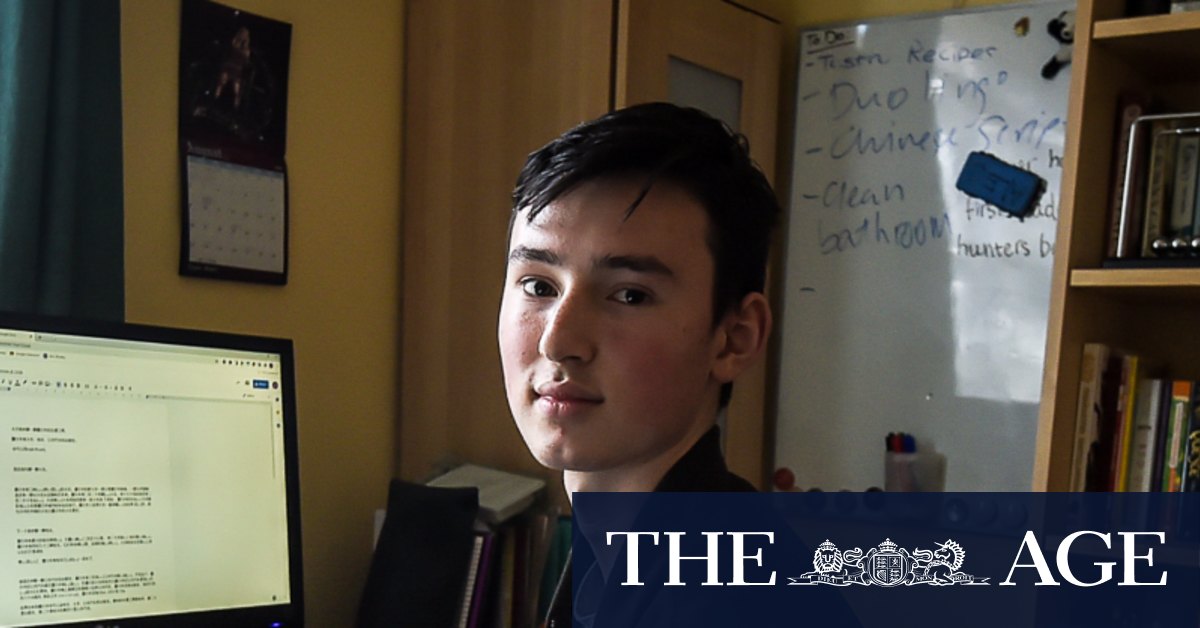 Other states have not been immune. Nationally, Kids Helpline recorded a 24 per cent increase in calls between March and August this year compared with the same period in 2019.

While some services have experienced a jump in demand, a report by the state’s Commission of Children and Young People has shown that other services have become less accessible.

The shift of in-person services online – such as through telehealth consultations – during the pandemic had been a barrier for some vulnerable teens, especially those needing help for the first time, the report found.

“In the midst of this clear distress, most children and young people told us they prefer face-to-face support services,” Commissioner for Children and Young People Liana Buchanan said.

The report, which surveyed more than 600 young people and 170 support workers, showed the dramatic impact the pandemic has had on youth mental health, with many reporting fears for their health, education and family stability.

“We heard from many who feel support is limited and for students already doing it tough, remote education simply doesn’t work,” Ms Buchanan said.

For vulnerable children already at risk of disengagement, the impact on their education could be devastating and permanent.

“For vulnerable children already at risk of disengagement, the impact on their education could be devastating and permanent.”

In response to the pandemic, an Andrews government program to provide a school-based mental health support practitioner at every state secondary school in the state has been brought forward 12 months.

Previously scheduled for the end of 2022, every school will have access to a practitioner offering counselling and early intervention services by the end of next year under the $51.2 million initiative, which began in July last year.

The practitioners will attend school between one and five days a week, depending on demand.

Education Minister James Merlino said mental health was one of the biggest issues raised with him when he spoke with students and parents.

“So many of our young people are experiencing mental health challenges; this will make it easier for them to access the support they need at school,” Mr Merlino said.

Year nine student Alec Woolley has seen attendance levels in his online classes drop as lockdown wears on, despite his school supporting its students.

“Not knowing exactly when we’ll get back to school is something always in the back of your mind,” he said.

Despite battling occasional lack of motivation, Alec said he felt lucky to be coping well mentally as he saw some of his classmates struggling.

“I think it’s just the lack of social connection has left them feeling a bit alone and you can’t go to them in person so it’s hard,” he said.

Victoria’s extended lockdown means Melbourne students in years 3 to 10 will not return to the classroom until October 26 at the earliest, depending on COVID-19 case numbers.

Students in other year levels will return from October 12.

A Department of Education spokesman said all students had been able to access mental health support during the pandemic, whether learning remotely or on-site.

School staff are asked to make contact with students each day during remote learning to help monitor their wellbeing. The amount of time spent by students in live chats and making connections with peers has also increased in the second phase of remote learning, the department said.

“It’s a very unusual the situation they’re going through and it’s going for such a long time,” she said.

“The main thing going on for teens in that developmental period is one that’s really about developing self-identity and moving away from family identity and they develop that through their peers and through interacting socially and experiencing the world and that’s all been taken away.”

Rupert Saunders, senior clinical advisor at headspace, said as well as the pandemic, bushfires and floods at the beginning of the year had all had a significant impact on youth mental health.

“Young people are experiencing major disruptions to school, work and study, changes to social and family life and increasing loneliness,” he said.

“We can remind young people that while this situation might feel frustrating and disappointing, particularly if important and milestone events have been disrupted, it is only temporary and we will get through it.”

University of Melbourne associate professor in positive psychology Peggy Kern said a useful tool was for students to remember past difficult times they have got through.

“They’re adapting, we don’t give young people enough credit for how strong they can actually be,” she said.

Anna is an education reporter at The Age.

Previous ‘It should be lifted’: Key crossbencher backs calls to remove curfew
Next ‘Victim’ of toxic waste dumping syndicate says it could be driven to wall by EPA