‘He’s just being too polite’: Waller ready for Overlord to break through

admin 1 week ago Latest News Comments Off on ‘He’s just being too polite’: Waller ready for Overlord to break through 15 Views 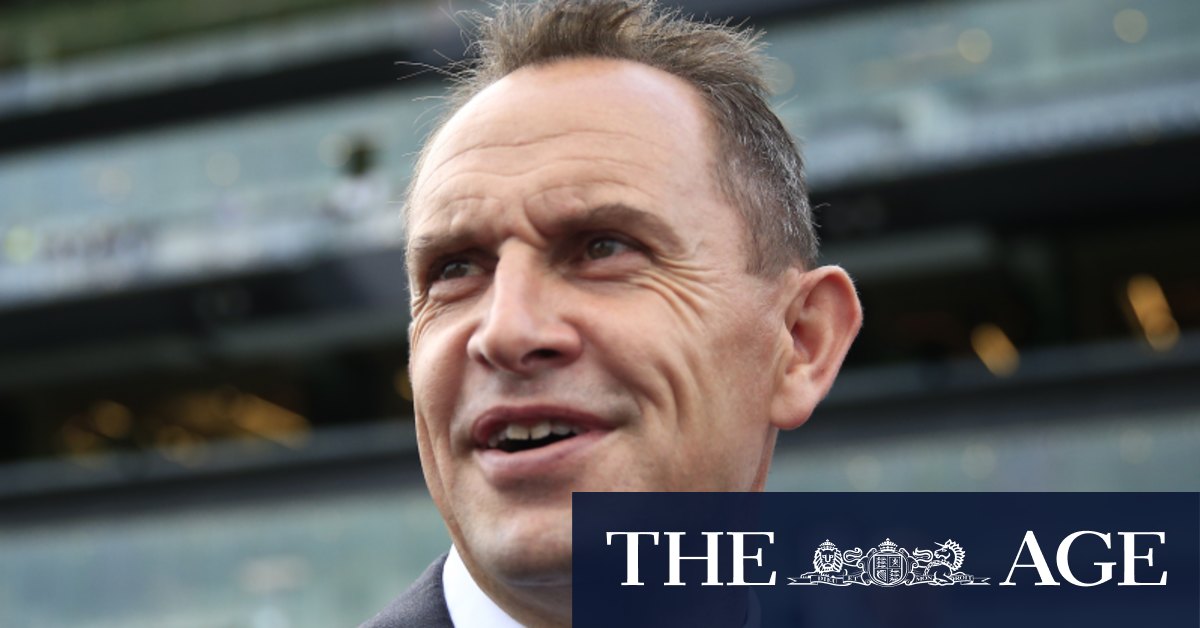 Overlord has form around Peltzer and Rothfire, which both run in the Run To The Rose, and his barrier tardiness has Waller settling on an unusual solution.

“We have put a blindfold on him to help him to jump,” Waller said. “It worked at the track in the morning when used it. He jumped with two mates and quickly got in front of them.

“Hopefully he has learned that’s what he needs to do on race day.

“He has had the benefit of a first-up run [where after being slowly away he chased home hard for third in the Ming Dynasty Quality] and I think from what the riders are telling me the 1500m will be his trip.

“We could go back to a maiden and get a kill with him but he is much better than that.”

The market, which is headed by Mo’unga at $3, marks Overlord a $6.50 chance and group 3 winner Global Quest at $8 as he returns for his first run as a three-year-old.

There is a bit of confidence around Global Quest, who could earn a crack at the big colts in the Golden Rose if he wins at Rosehill on Saturday.

“He has developed into a miler. He has the physics of a Guineas horse,” Waller noted.

“I still haven’t given up on a Golden Rose with him and if Saturday’s race was 1300 or 1400 he would have been running in it. I think the extra trip of this race suits him rather than [the Run To The Rose].

“We ran The Autumn Sun over 1500m before the Golden Rose and it worked and he has had enough work to be running very well.”

Global Quest has had a solid grounding with three barrier trials since August and was only three or four lengths from Farnan in autumn.

Overlord and Global Quest have been to group level before but it’s Mo’unga, a winner at Gold Coast and Newcastle, who is the punters’ elect.

Waller is not noted for racing his horses out of their grades, but wants to give Mo’unga his chance after charging home late at Newcastle.

“He just looks a really decent horse and could be anything. I think he’ll anything in the autumn not the spring,” Waller cautioned.

“He is still six months away from furnishing, but you have to try them now when they are impressive like him.”

Previous We deserve better than this fight between governments
Next John Edwards’ children’s lawyer knew of violence allegations against Jack, Jennifer