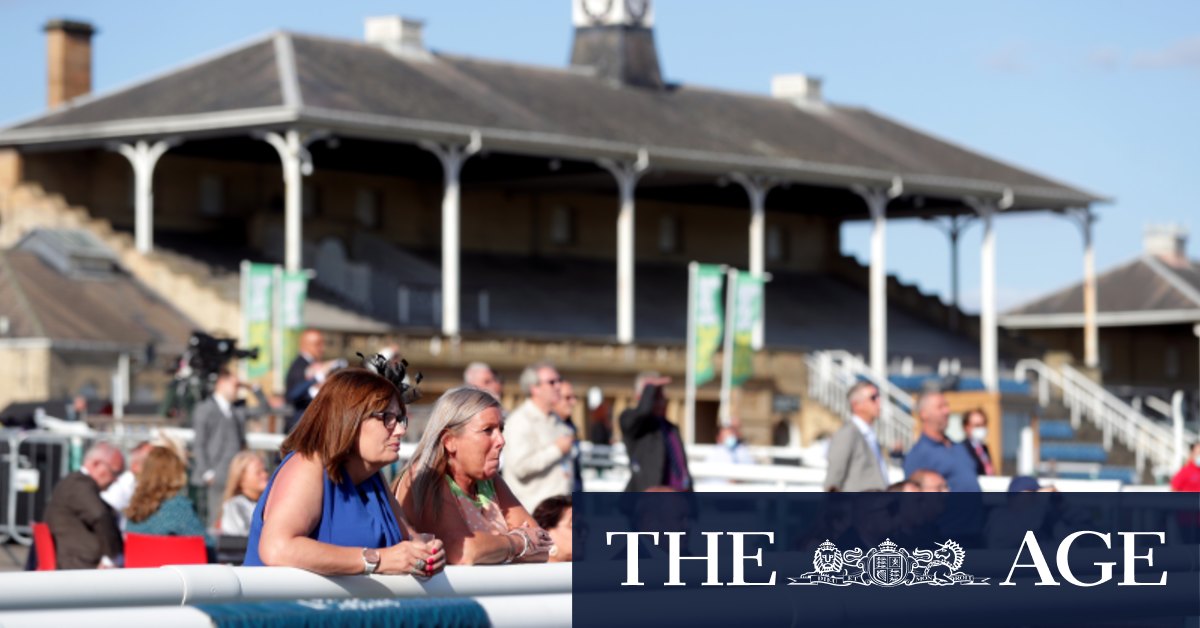 The racecourse was expecting to admit higher numbers over the next few days, with a sell-out crowd of 5000 due on Saturday. The decision has cost Doncaster an estimated $500,000 in lost revenue.

Racing Victoria chief Giles Thompson, reacting to Victorian Premier Dan Andrews’ ”road map” speech last weekend, had indicated on Tuesday that he was optimistic that there might be some chance of at least owners and sponsors attending major carnival meetings, if not the paying public.

But politicians and public health officials, nervous that any hasty move could lead to a spike, will be aware of the decision just taken in the UK to bring in tough new measures across all walks of society, not just racing.

Under Johnson’s new directives social gatherings of more than six people will be banned from meeting, although it will not apply to schools, workplaces and some other events such as weddings and funerals if they have strict biosecurity measures in place.

But it is bad news for the racing industry in Britain, which is already reeling from a massive economic hit.

Unlike Australia, which has raced on under tough security measures, UK and Irish racing shut down for several months.

It wasn’t until June 1 that British racing began again, and then – as now – with fewer fixtures than before and strict limitations on those involved.

In addition, several high-profile owners have announced plans to scale back their investment and cut down the number of horses they have in training.

UK racing is hoping that pilot meetings with reduced capacity of 1000 could go ahead later this month, but that is all up in the air now.

This is the third time that hopes had been raised that crowds would be allowed on British courses: plans to allow racegoers at the Goodwood and York festivals earlier this summer were also axed at short notice.

In France there had been optimism that 20,000 paying customers could attend Longchamp for the Prix de l’Arc de Triomphe meeting in early October.

But because of COVID spikes around Paris those plans will be scaled back, with just industry professionals, owners, trainers and breeders in attendance.