Floating pub journeys from Fremantle along the Swan 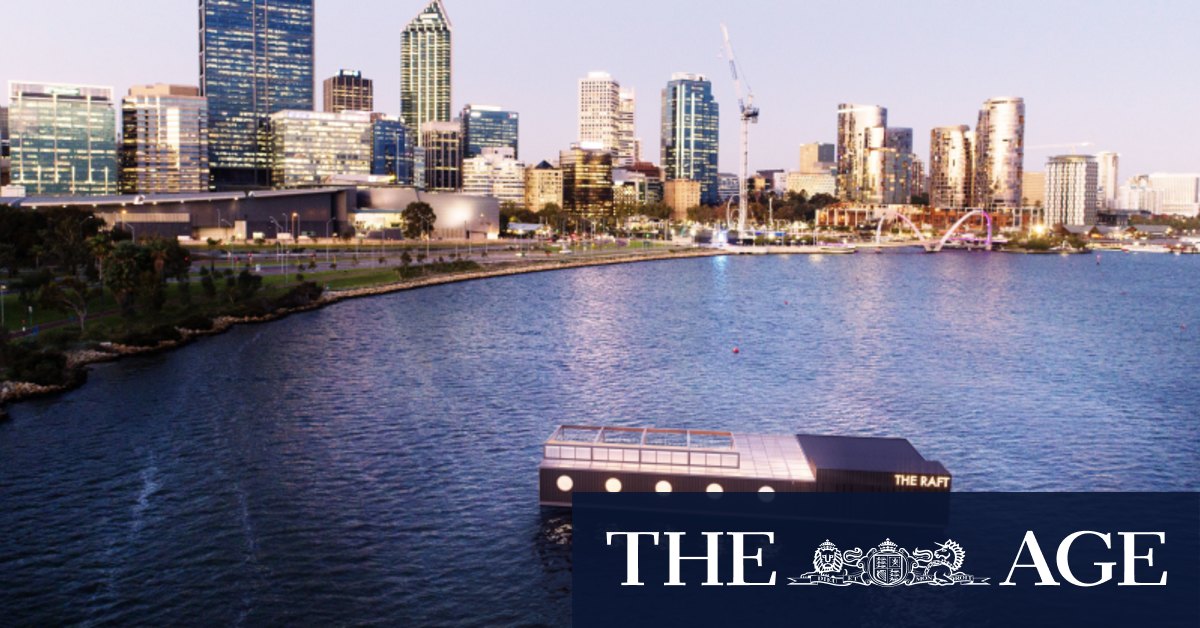 WA’s first floating bar has dropped anchor in the Swan River just in time for spring, with a VIP opening ahead of its first cruise along the foreshore on Sunday.

Four years in the making, The Raft is WA’s first permanent event space on the water and its 300-square-metre on-deck entertainment space gives 250 patrons the best views of Elizabeth Quay, Kings Park and the Perth skyline.

The barge was transported from Darwin to Perth last year and was docked at Kailis Marine in Fremantle, where finishing touches were added before a tow out on Wednesday to the Swan River, where it will be permanently docked.

Its maiden voyage is on Sunday at 9am, with a Welcome to Country before the vessel’s crew are joined on board by WA government ministers Paul Papalia and Stephen Dawson, owners Katie and Dan Chrystal, and media VIPs.

To access The Raft, guests are transported on the venue’s private and very stylish 40-person tender vessel, which departs from Barrack St jetty and is available on request throughout any event.

While the concept was originally catered for weddings, corporate and other special functions, the Chrystal siblings were now planning music events, brand launches and other activities such as weekend pinot and pilates over summer.

WA caterers Heyder & Shear have also been employed as The Raft’s exclusive food and beverage partner, serving an array of local modern cuisine on board along with premium WA beverages.