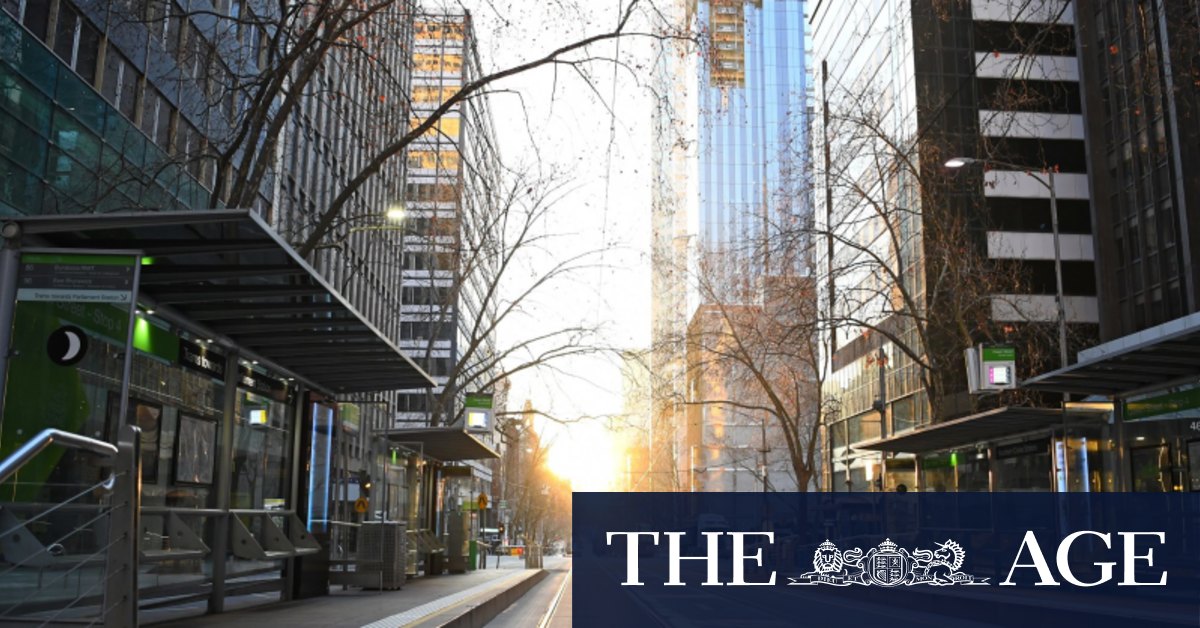 “If you want any evidence of the devastation, just get in the car and drive down the main shopping strips and the plethora of for lease signs will show you the number of businesses that have simply said ‘we’ve given up, we’ve closed, it’s all over’.”

“These signs are in Glen Huntly Road, they are in Chapel Street and right throughout metropolitan Melbourne. And those for lease signs say to me, these are businesses that will never open up again, they’re finished,” he says.

Samuel’s daughter is one of many business owners whose livelihoods have been smashed as Melbourne’s CBD turned into a ghost town.

A successful cafe and salad bar business, catering to office workers and nurtured over a decade, didn’t stand a chance once the lockdowns came into place. And Samuel says it’s a story that has likely played out many, many times over across the city.

“She can recover from that and she has a future career and she’ll deal with that, but so many others just face heartbreaking devastation,” he says.

If you want any evidence of the devastation, just get in the car and drive down the main shopping strips.

Samuel’s concern over the Victorian economy and his frustration with the state government paying little heed to the views of business communities come in a week when modelling conducted by accounting giant PwC underlined the damage suffered by inner Melbourne.

Whether Melbourne, and the broader Victorian economy, can find its mojo again remains a vexed question for now, and Carol Schwartz, one of the most prominent women in Melbourne business circles and a Reserve Bank board member, says it’s inevitable the economy has been changed forever by the coronavirus.

According to Schwartz, some of the changes will be positive and some negative, but either way businesses will have to change how they operate.

“For example, I’m certainly not going to be hopping on an aeroplane to go interstate for one meeting any more, having been exposed to technology which now allows us to have those meetings very comfortably and very effectively,” she says.

With the road to recovery set to be bumpy, Schwartz says unemployment looms as a key pain point, adding that all levels of government will need to focus on tackling joblessness as quickly as possible.

She’s also keen for policymakers to use every lever at their disposal, from taxation to labour laws, to start turning things around.

“I think that everything’s up for grabs, and so nothing should be off the table as a sacred cow.”

No light at the end of the tunnel

David Smorgon, whose family has been synonymous with business in Melbourne ever since they set up a butcher shop in inner Melbourne nearly a century ago, is sanguine things will get better for Melbourne and the state’s economy, but is urging patience.

“At the moment we’re in a dark tunnel in Victoria, and I’m afraid to say that, as at September 10th, there’s no light at the end of the tunnel that we’re in at the moment. But, no doubt, we will get there,” says Smorgon, the executive chairman of Pointmade, a boutique advisory firm dealing with wealthy families.

Smorgon’s note of confidence, albeit measured, is educated by what he labels the inherent resilience of the state’s business community.

“Let’s not forget how strong the Victorian economy’s been over the decades.”

“But it’s a question of do we have the confidence, have business people got the confidence and the trust in the current government to go and reinvest in Victoria,” he says.

The answer to Smorgon’s question on confidence, according to the former chief executive of Melbourne retail institution Myer, Bernie Brookes, is a resounding no.

“To use a good sporting analogy: if you’re out of the game for long enough, you may never make a full recovery,” he says.

“It’s going to take a decade to get back to near where it was. It isn’t going to bounce back suddenly, even if there is a vaccine.”

“The underlying strengths of the Victorian economy are still there.”

“But I think the longer this goes, the worse it gets. So the imperative has got to be to gain effective control of COVID. And on that matter, what we definitely need is better execution,” he says.

Same problem but the ‘worst solution’

While sentiment on outlook for the Victorian economy remains mixed, the one common theme from the local business community is that the state government needs to take its input more seriously.

Martin Hosking, founder of technology marketplace Redbubble, says it’s hard not to feel disappointed as every other state and territory had handled the crisis better than Victoria.

“Everyone had the same problem and we had the worst solution,” he says.

“Confronted with this failure. the government has said we will do everything we can not to replicate it. I can understand emotionally how they got there, but it seems to lack a degree of flexibility and a willingness to be much finer in the way it is applied.”

Hosking says the government has not deeply engaged with the most effective businesses, adding that Melbourne should be opened up as quickly as possible.

“A lot of effort has gone into one side, which is lockdown and the virus, and I have not seen the same level of engagement for the other side,” he says.

“We can’t just be locking down this state indefinitely, which is what the Premier seems to be saying.”

As a founder of a digital company, many of which call Melbourne home, Hosking says fostering technology businesses may prove crucial to driving a recovery.

“I would like to see federal and state governments acknowledge the role technology businesses are playing in helping the economy survive.”

But for now, many businesses, new and old, find themselves in a situation well beyond their control.

Charlotte Petris, co-founder of Melbourne-based fintech Timelio, says the state government’s efforts to balance the health and economic outcomes have been found wanting.

“I know the state government has had a lot of criticism and I am not supportive of the current approach in terms of how severe the restrictions are,” she says.

“But I would not want to be in his (Victorian Premier Daniel Andrews) position, it is a lose-lose situation”

“There are things that could have been done better but I am accepting right now that it is not in my control,” she says.