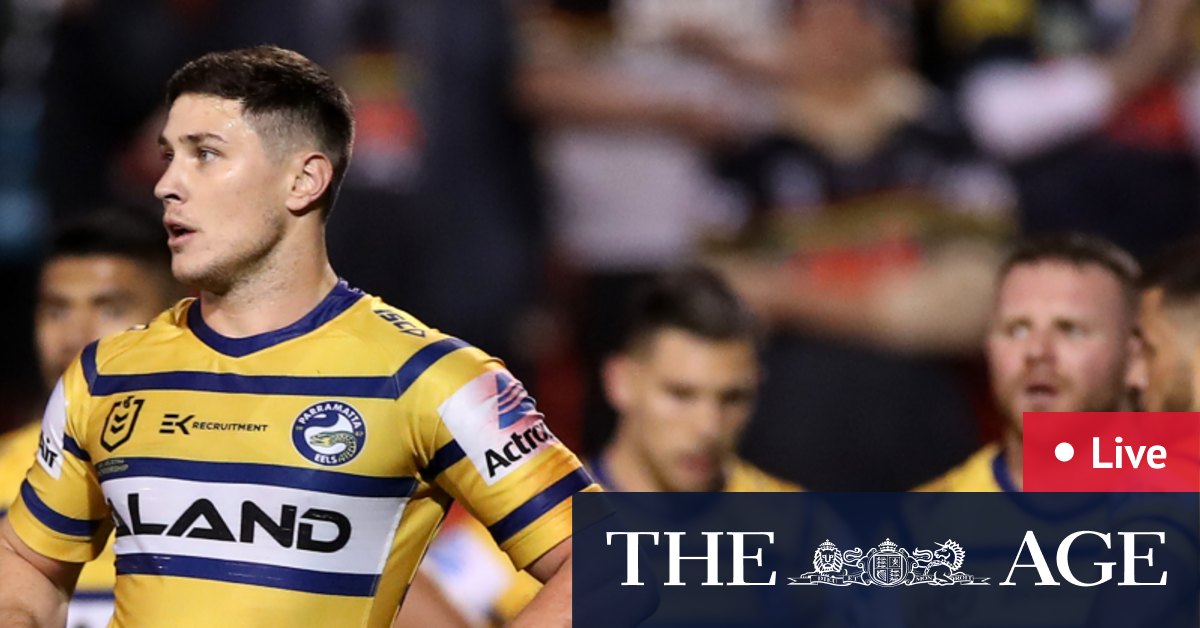 Penrith could hardly have been more impressive tonight. They strangled Parramatta from the first minute to the last.

Penrith were never in any danger tonight. They were classes above Parramatta, who continue to slide out of premiership contention.

The Panthers, in contrast, have now won 13 straight.

They have all but sealed the minor premiership and continue to play football at the same – if not a higher – level a the Storm and Roosters, who have been the benchmark for the last five years.

Jarome Luai has been one of Penrith’s best tonight and he has sealed the deal with a try.

The rising star steamed straight through the heart of the Eels defence from close range to score.

Nathan Cleary dragged the Panthers into the Eels’ red zone with a clutch 40/20 and Parramatta have folded under the pressure.

The visitors gave away a penalty and Cleary made them pay with a penalty goal, giving them an unassailable 14-2 lead.

Nathan Cleary just nailed a 40/20 to give the Panthers prime real estate with seven to play.

There’s been little to report in the last 10 minutes of action.

Parramatta have not yet taken enough risks to threaten the Panthers, who are still in complete control.

Api Koroisau is off for a HIA.

His head collected the knee of Blake Ferguson as he tried to tackle the NSW Origin star.

I doubt he will be back.

Liam Martin is over and the Panthers are well on their way to a 13th straight win.

A superb short kick from Nathan Cleary found Liam Martin, who soared above the men in blue and yellow to pluck the ball, ground it and give Penrith a 12-2 lead.

A clever kick from Nathan Cleary has forced a repeat set for the Panthers.

The home side have picked up where they left off. They’re in complete control but can’t quite crack the Eels defence.

Spencer Leniu has been sent for a head injury assessment after his head collided with Mitchell Moses’ shoulder as the playmaker kicked the ball.

He’s seriously dazed. I doubt we see him again tonight.