Pubs call for lifeline after ‘unworkable’ path out of lockdown 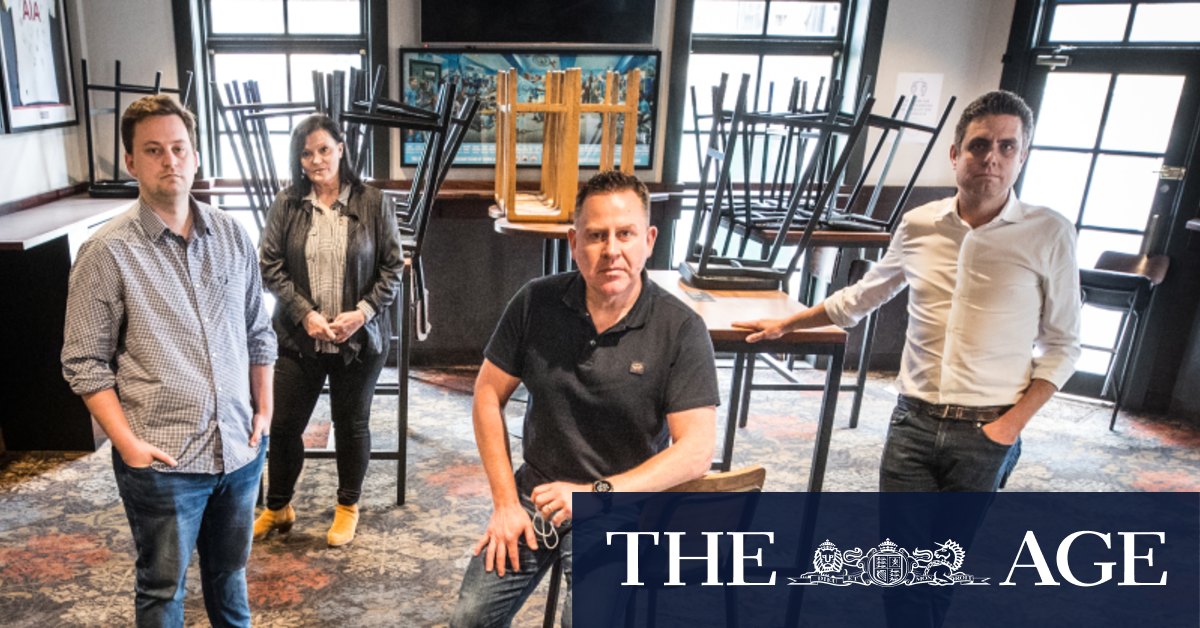 And even if the state does hit the zero target, the group says capacity restrictions are so limited that it still would not be feasible for pubs to reopen.

Paul Waterson, chief executive of the Australian Venue Co, which has 32 venues in Victoria including The Duke of Wellington in the CBD and Golden Gate Hotel in South Melbourne, said his pubs were losing a combined $64,000 a day in fixed costs.

Mr Waterson has teamed up with the owners of the Bush Hotel in Toorak, Sand Hill Road (which runs The Espy in St Kilda and the Terminus in Abbotsford), and the National Hospitality Management (which owns Bridie O’Reillys in St Kilda) to demand more government support and consultation with the industry.

Live music favourite the Old Bar, on Johnston Street in Fitzroy, has already been closed for half the year.

“We won’t have a gig this year, I think is where we’re at,” said co-owner Liam Matthews, who is also behind the Carringbush in Abbotsford.

The Old Bar is safe from closing thanks to community donations, support from the City of Yarra and a $15 million state government lifeline for live music venues following the Save our Scene campaign.

But the Carringbush has struggled in the second lockdown, Mr Matthews said.

The pub stopped doing takeaway food when stage four came in, but it will return from next week to try to cover the bills.

Mr Matthews said the venues were losing $2400 a month each on liability insurance alone. He recently paid a $600 monthly power bill for the Carringbush, even though the lights haven’t been on, because the freezers and fridges have to keep working.

He hopes the government will be open to adjusting some restrictions over time.

“I want [COVID-19] gone and I don’t want people to die. I want everything to go back to normal, I’m completely on board [with restrictions]. But I have a myriad of problems with the way it’s been done.”

Mr Matthews said customers had strictly followed the rules during stage two when hospitality was open for dining.

“People just want to be in those places we live in Melbourne for.”

But he said it would take months to reinvigorate live music in Melbourne, after the time without gigs, venues or even band rehearsals.

“A pub does more than just serve food and beverages. It allows a social space for the community,” the owners said.

The push comes after the Morning Star Hotel in Williamstown and the Mona Castle Hotel in Seddon announced they would permanently close after months in Melbourne’s tough lockdown.

The state government said several support measures and grants have been made available to pubs which included remimbursing or waiving liquor licence fees for 2020.

“We’ll continue to consult with key sectors like hospitality as we move safely and steadily in our steps towards COVID Normal”, a government spokeswoman said.